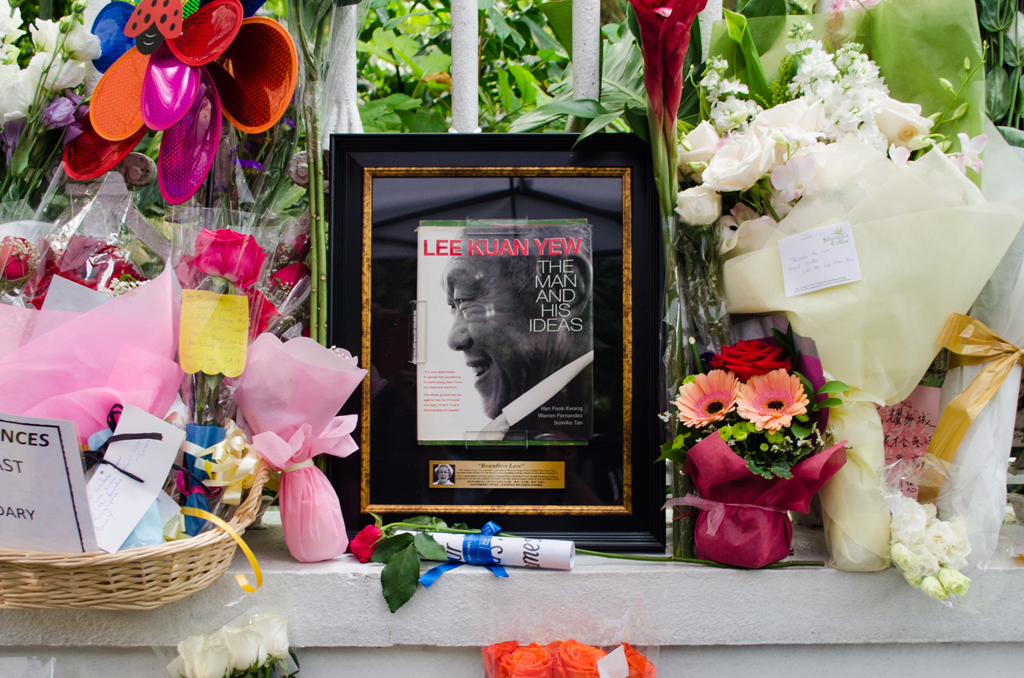 REMEMBERING OUR FOUNDING FATHER: Flowers, cards and photos are left by Singaporeans from all walks of life along the Istana gate. (Photo: Marcus Tan)

I’ve always kept my political views to myself and I’ve never felt the need to get into a debate with another person holding differing views. But this past week, I couldn’t hold in my feelings and thoughts. As an avid social media user, I was struck by the amount of dissent on social media over the medical status and eventual passing of Singapore’s first Prime Minister, Mr Lee Kuan Yew.

I kept reading comments about why there wasn’t a public holiday or why it is even a big deal and how sick everyone was about the fuss. I have never met Mr Lee and as my teachers and parents always say, my generation grew up in wealth, the kind that was created by Mr Lee and his ministers.

I understand that there would always be two sides to a coin and as a political leader one would always have his fair share of “enemies”.  But to me, he wasn’t just any political leader. This is a man who gave his life to serve this country.  I began to think about what makes a leader who is able to do things other people cannot.  What does it take to steer an entire nation by sheer will?

From what I read, it is clear that Mr Lee made many controversial decisions and was quite tough on people who opposed him. To some, I suppose that makes him imperfect. But who isn’t? What stands out for me is that he has always stood by his own decisions with the view of placing Singapore in its best interest and I believe that is what makes a good leader. Surely it must be hard not to be easily swayed by the opinions of the masses.

I’m not talking about having a cult-like followership towards the former Minister Mentor. However, I do believe that we should acknowledge the achievements that he has brought to Singapore and to remember what he has done for us before we say such disrespectful things on social media.

I must admit that like many Singaporean youths, I am a champion complainer. But for once, I am going to stop looking at faults, weaknesses and shortcomings and spend my time being thankful that Singapore had Mr Lee Kuan Yew. He has achieved something truly special and he should be remembered for dedicating his life to the Singapore we live in now.