Being away from people you care about is a challenging task. Missing out on an intimate family experience is an even more daunting task. For almost all my life I have gone through the Muslim fasting month of Ramadhan with my family and celebrated Eid Ul-Fitri with them.  This year, I had to go through both events away from family as I am on overseas internship in Vietnam. I decided to immerse myself in my new environment and experience how Muslims in practise their faith during the two most important months in the Muslim calendar. To my pleasant surprise, I realise I’m closer to home than I thought. 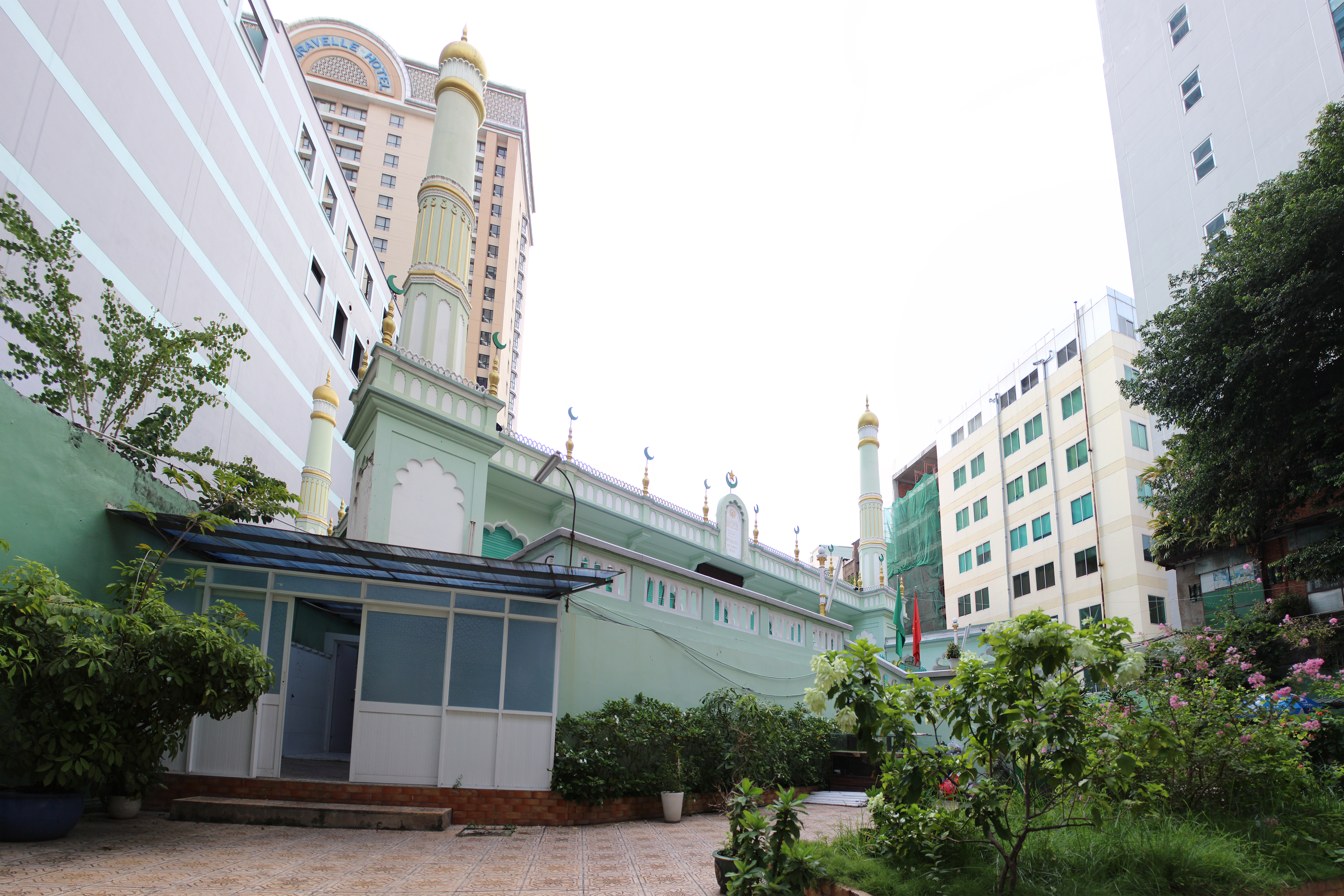 OLD BUT GOLD: Located at the heart of Ho Chin Minh City, Musulmane Mosque was established in 1935. Surrounded by high-rise hotel buildings, this historical landmark was originally built for Southern Indian worshippers that resided in Saigon at that period of time. (Photo by: Hasif Hasny) 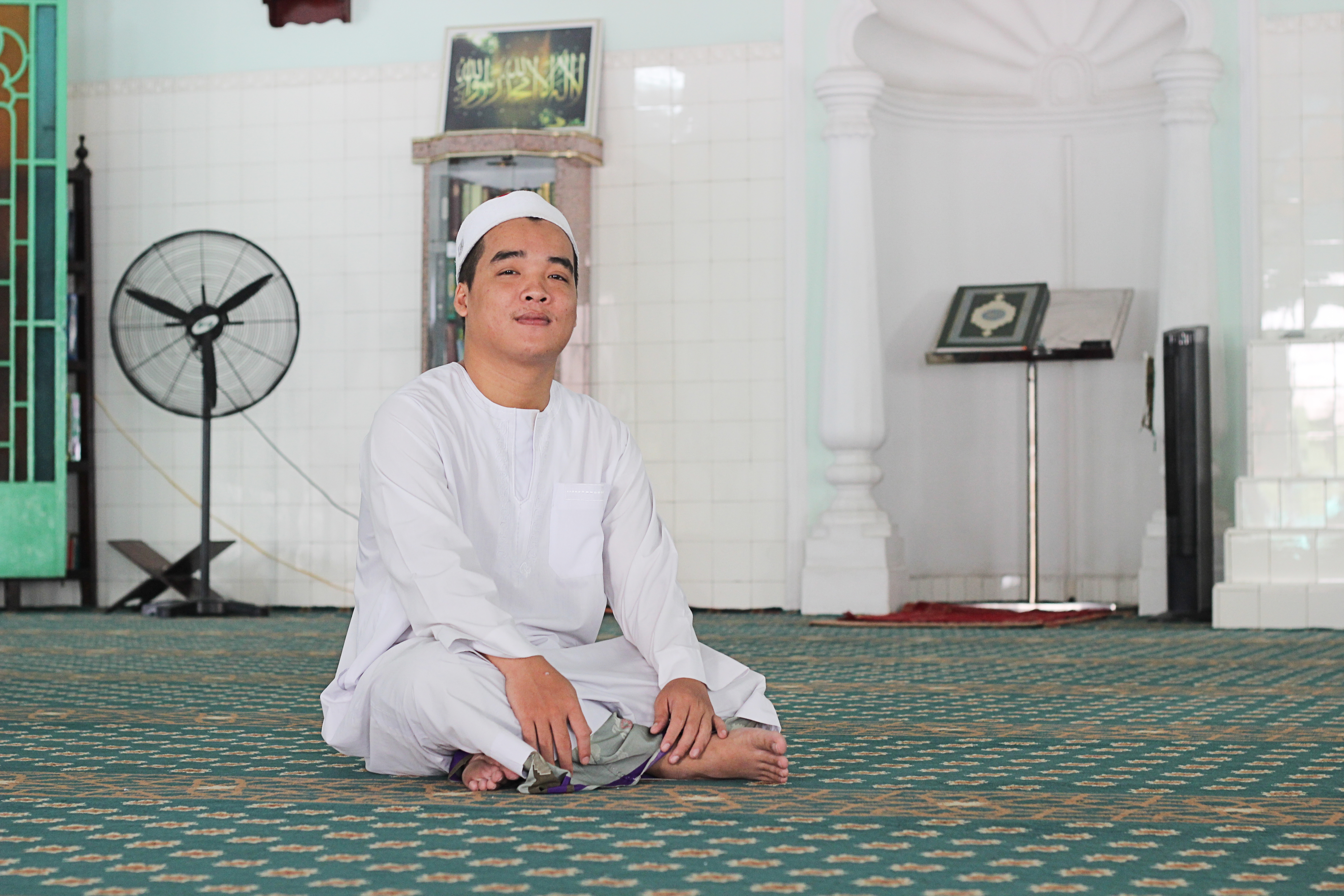 ROLE MODEL: Muhammad Solleh, 28, is currently one of the two Imams at Musulmane Mosque. As a religious leader, the month of Ramadhan is special to him. He said: “During Ramadhan, everyone can gather to eat, pray and bond together unlike normal days when everybody is busy.” (Photo by: Hasif Hasny) 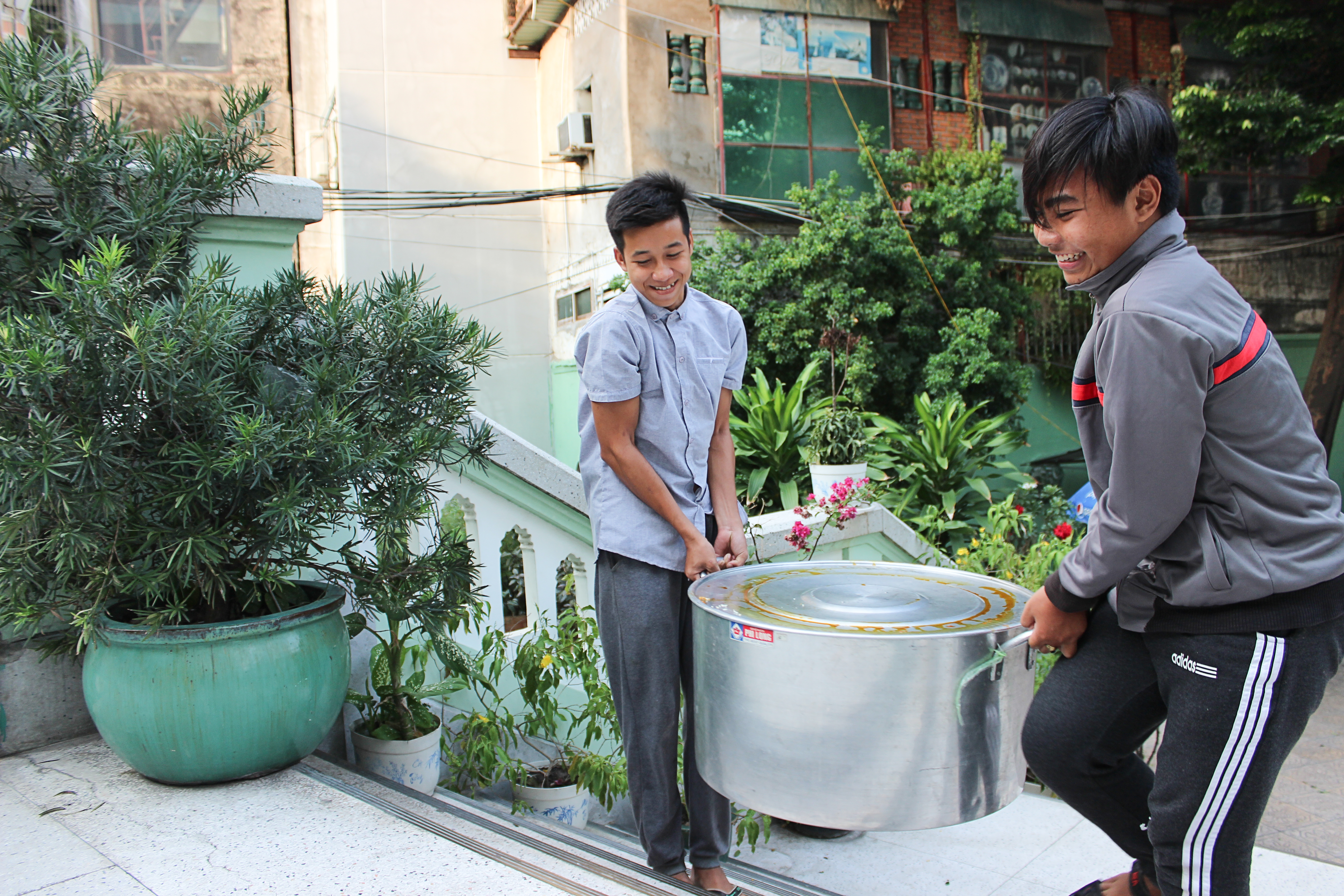 A HUGE POT OF GREATNESS: During Ramadhan, Muslims ‘iftar’ or break fast at dusk. At Musulmane Mosque, food for ‘iftar’ is either prepared by hired cooks or sponsored by a group of individuals. (Photo by: Hasif Hasny) 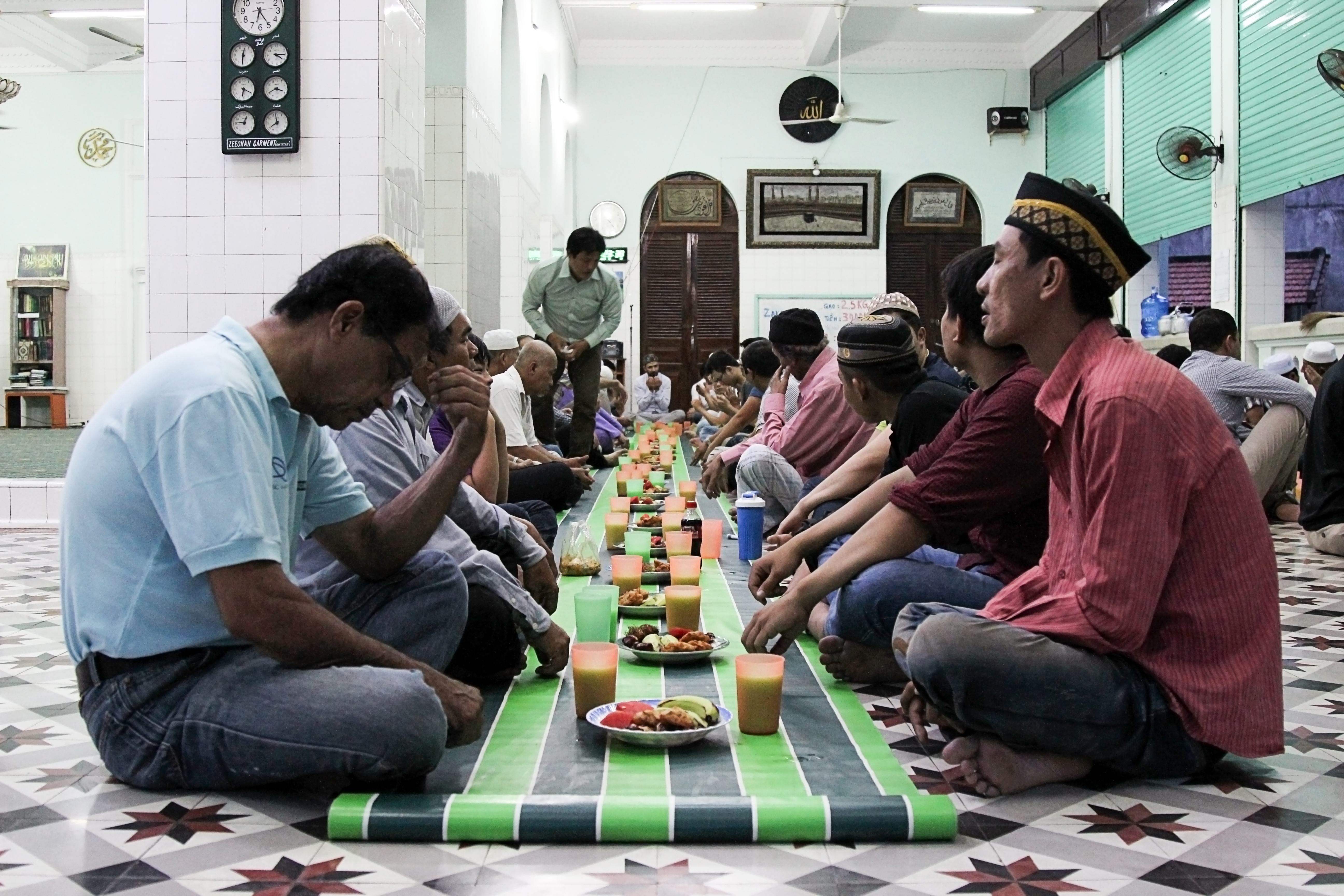 UNITED TOGETHER: As dusk approaches, Muslims from all walks of life gather as they wait for the call of prayer. Muslims in Ho Chin Minh City break fast around 6.23pm. The mosque receives about 130 worshippers every evening. (Photo by: Hasif Hasny) 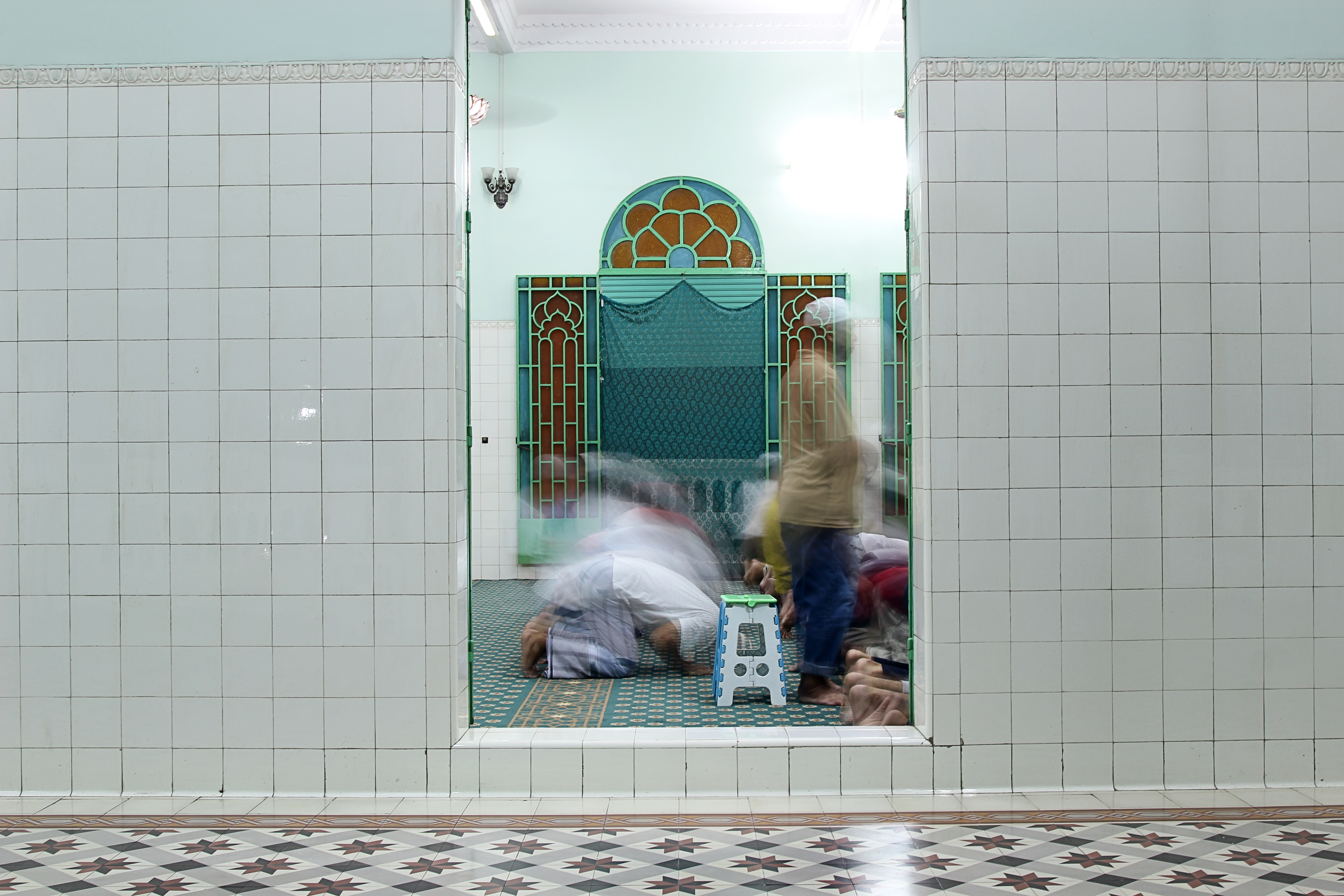 OLD TRADITIONS DIE HARD: Muslims in Ho Chin Minh city follow Prophet Muhammad’s tradition closely. After a short meal of fruits, they will proceed on with the compulsory evening prayers before they continue eating. (Photo by: Hasif Hasny) 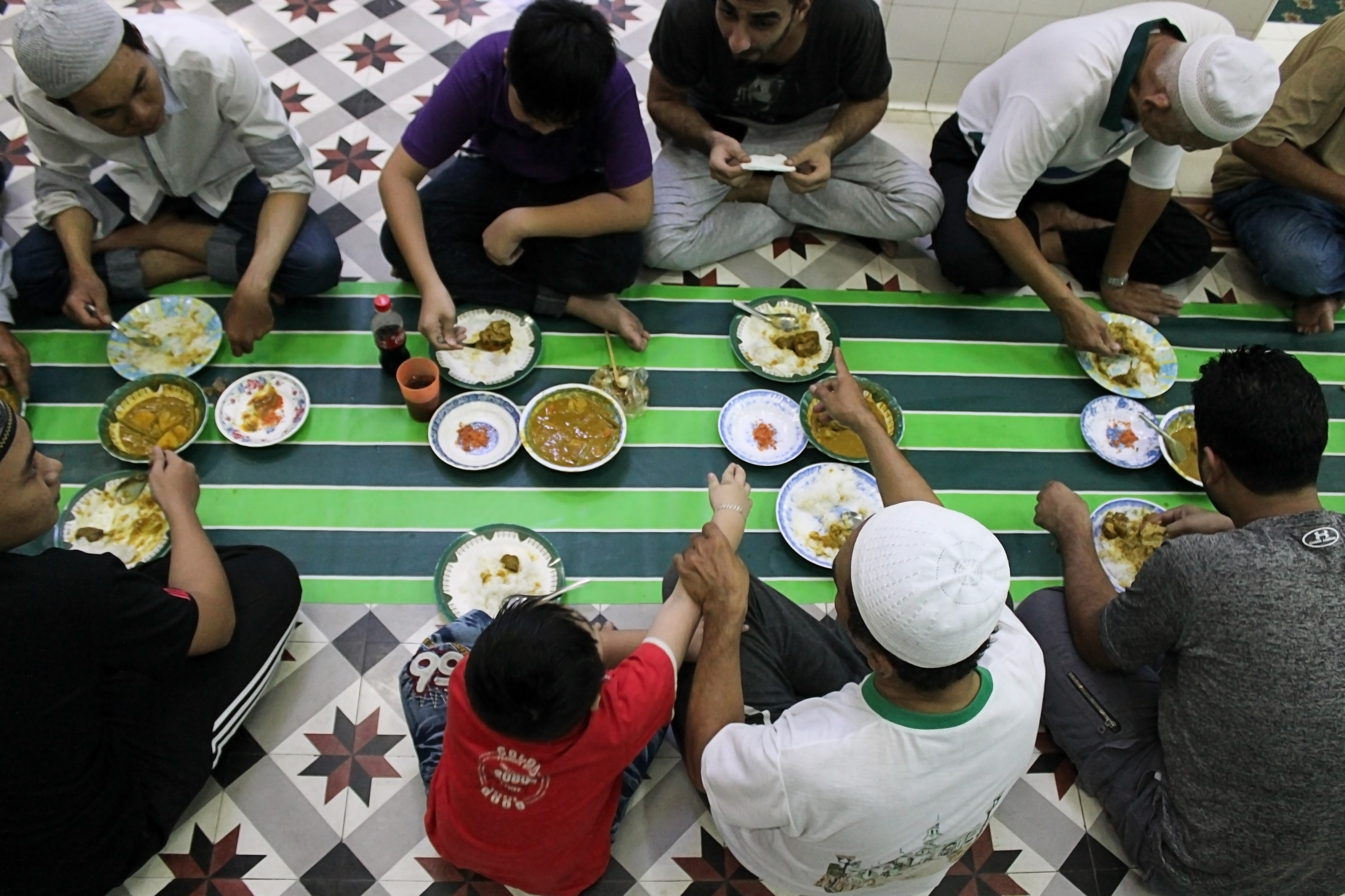 FAST AND FEAST: After performing the evening prayers, prepared or sponsored food will be served to the patrons. The mosque serves a variety of dishes such as porridge, chicken curry and briyani. (Photo by: Hasif Hasny) 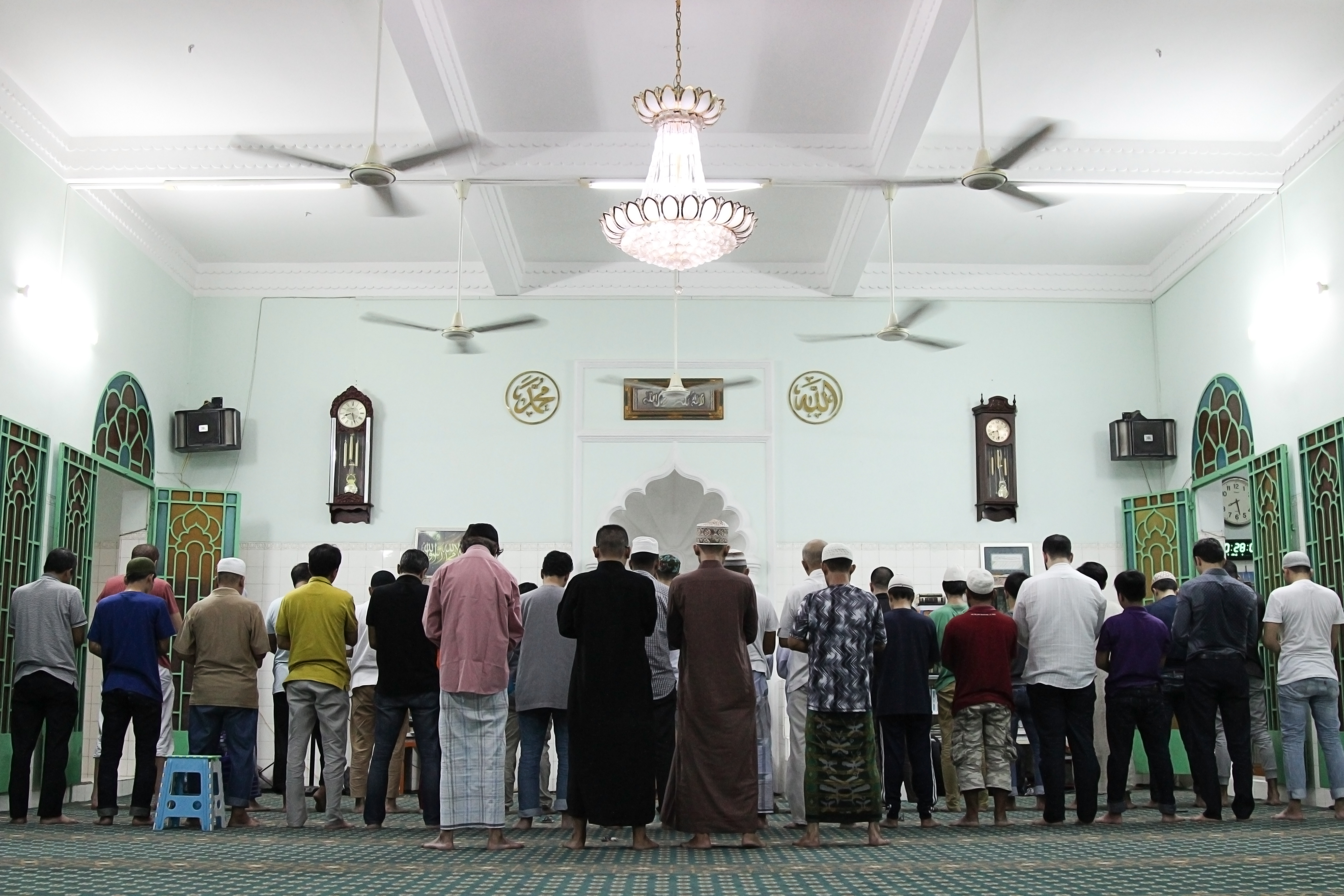 GOING THE EXTRA MILE: During Ramadhan, it is optional for Muslims to perform extra prayers known as “Terawih”. At Musulmane mosque, “Terawih” prayers begin at about 8.20pm (9.20pm Singapore time) at night. (Photo by: Hasif Hasny) 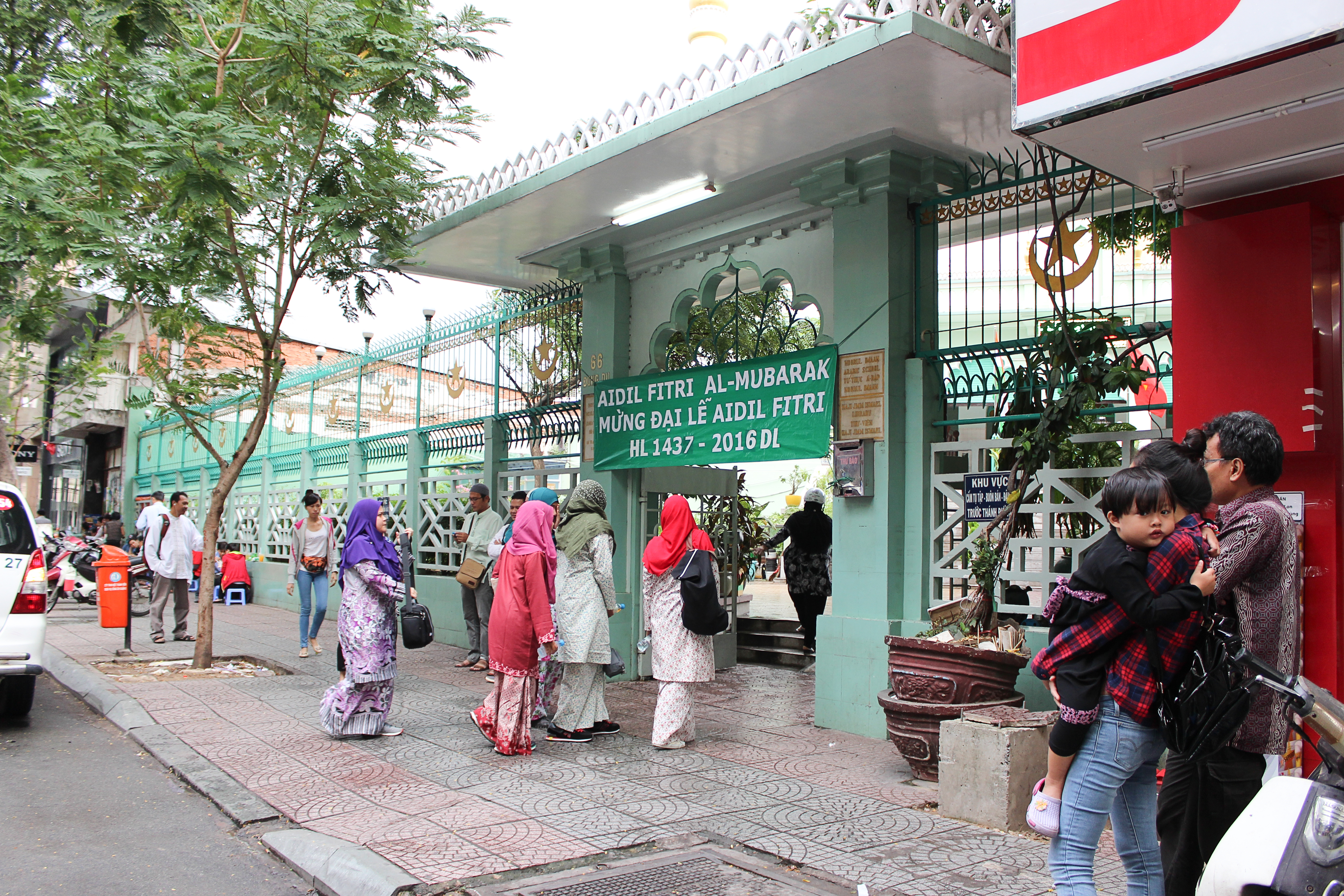 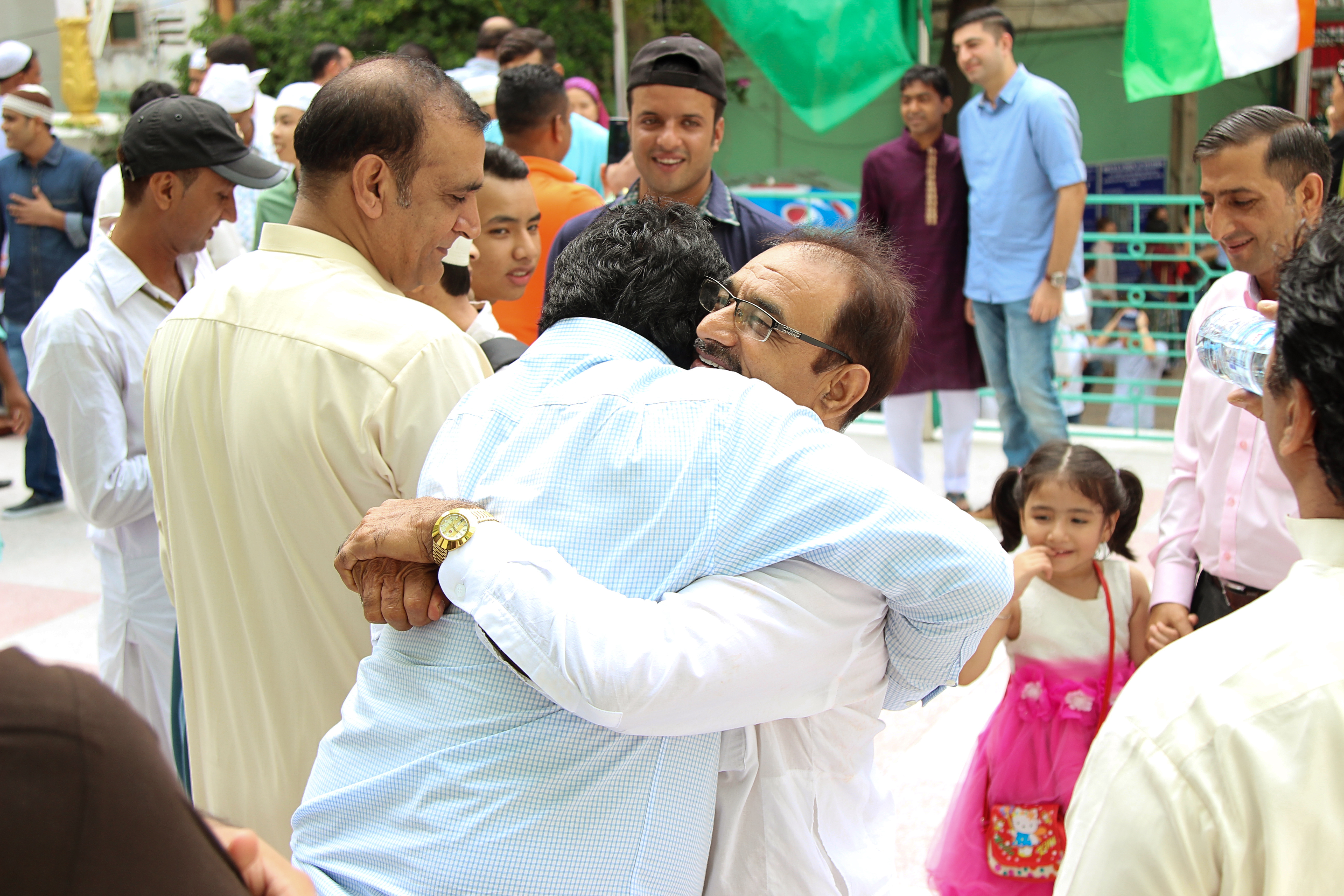 BROTHERS OF THE SAME FAITH: There are around 80 000 Muslims in Vietnam, consisting of mostly immigrants and the Cham people. They share a strong bond despite being a small community. An exchange of three hugs is a common greeting among the community. (Photo by: Hasif Hasny) 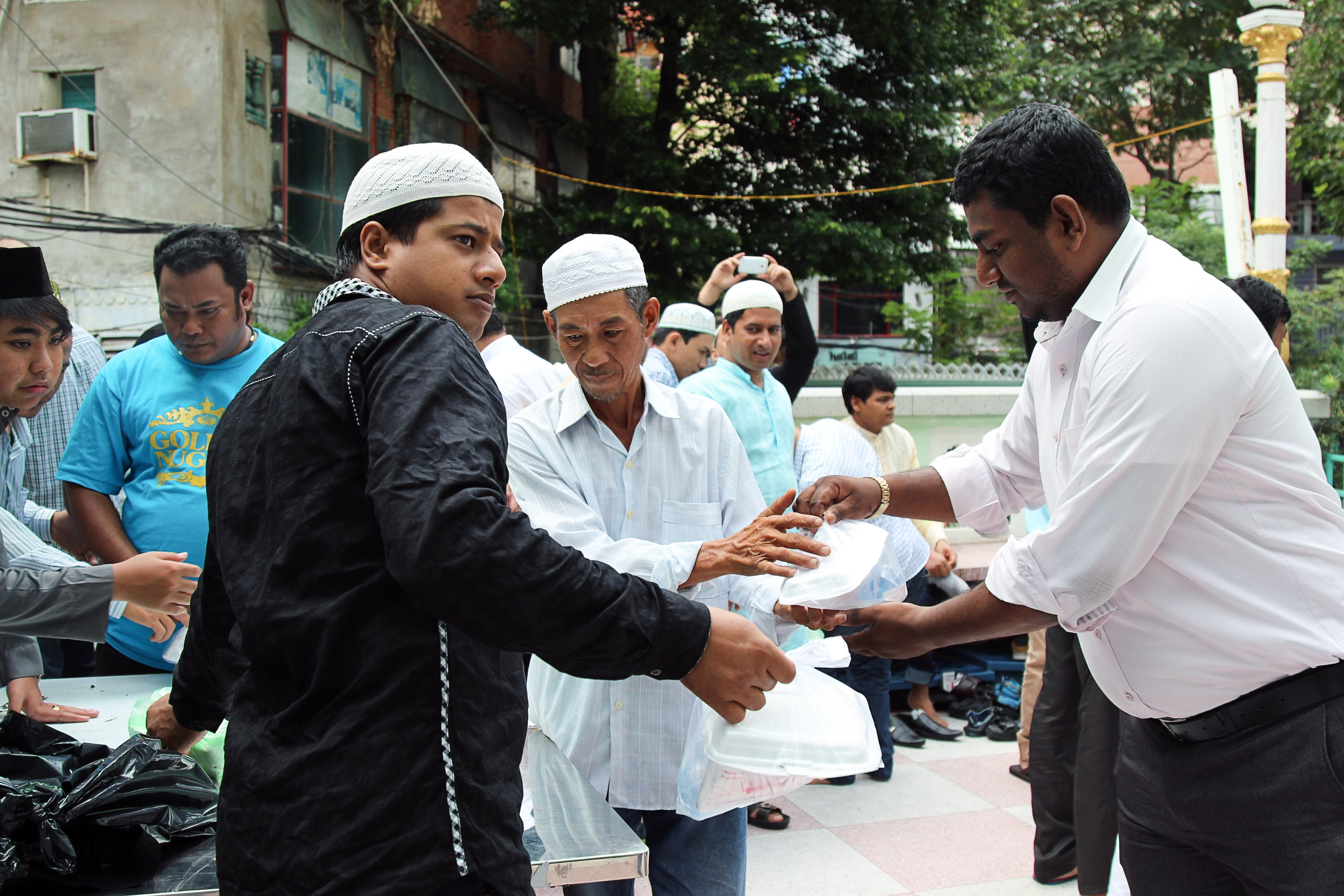 A TOKEN OF FESTIVITY: Before patrons leave the mosque, each of them will be given a packet of food and a bottled drink by the caretakers of the mosque. This has been Musulmane’s long time tradition. (Photo By: Hasif Hasny)