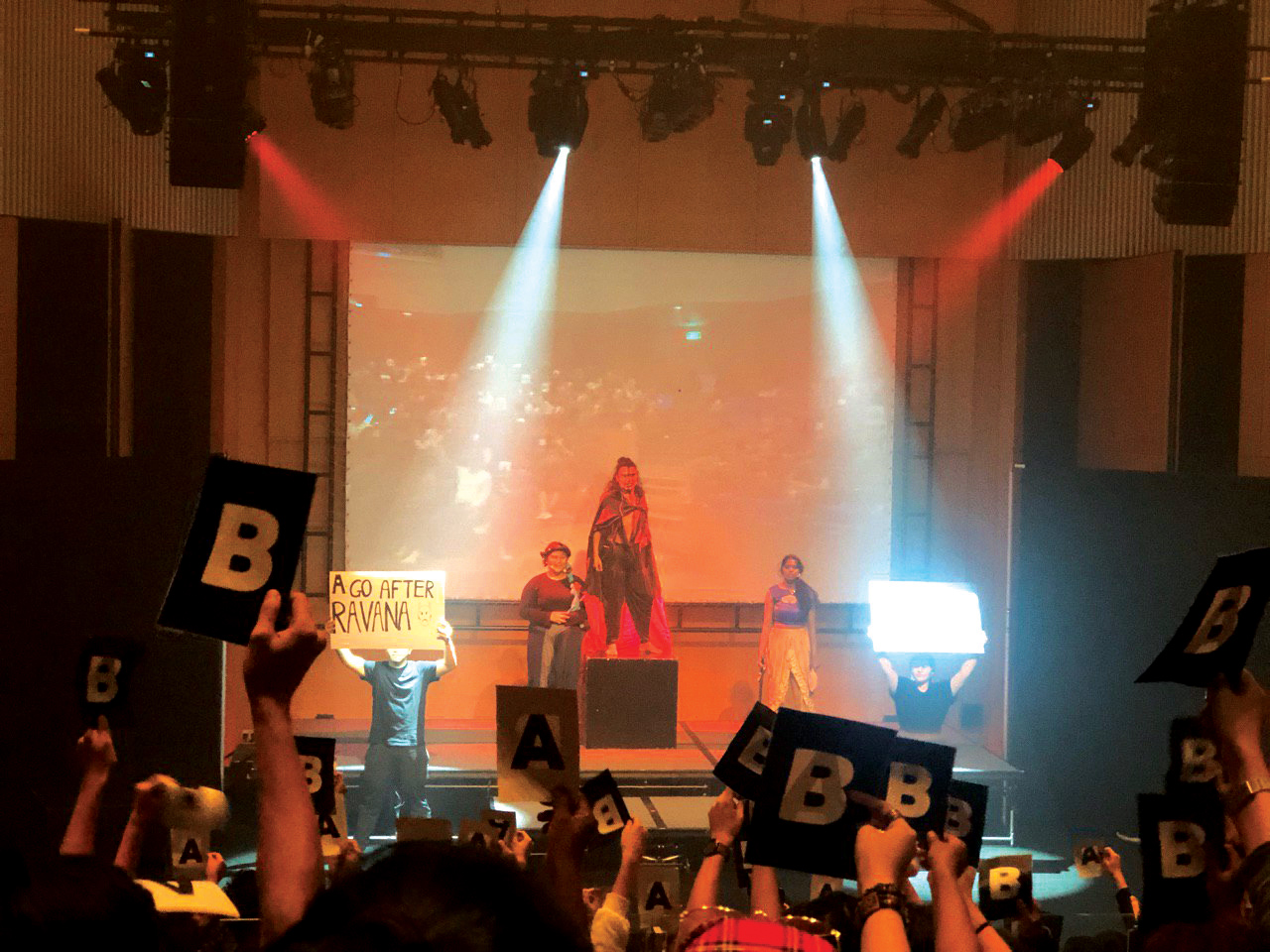 About 300 people attended the show Ramayana: Our Fate, Your Choice at The Republic Cultural Centre Studio. It was the second show in the “Ramayana” series, after Ramayana: Game On was performed in June 2019.

The show is a modern-day adaptation of the folklore, Ramayana, presented in the form of an interactive video game, depicting the challenges faced by most people due to societal norms, while also discussing the relationship between choices made and their consequences.

The audience were given the choice to pick the fate of the characters and how they wanted the story to unfold, by holding up pieces of A5 paper each that had the alphabets “A” and “B” printed that were given to them before entering the studio.

The final choices were then decided by the Stage Manager, who analysed the audience through the live feed first, picking the majority votes and making the necessary cues for the lights and sound accordingly.

This interactive approach drew the audience into how the plot unfolded. Owen Lim Yan Hui, 20, a third-year Diploma in Media Production and Design student, said: “This year’s Reflections show made me feel as though I was a part of the story as compared to last year’s, where it was very still and boring.”

Fortunately, this was the kind of response that the playwrights had in mind. Diploma in Arts and Theatre Management student Myrah Wonder Manega said the interactive performance also provided an opportunity to tie in the element of choices for the play. “We decided to make the show interactive because we wanted the audience to be a part of the story,” said the 20-year-old.

Preparations for the show didn’t come easy, as the actors had to explore different ways to bring out their characters, unlike other drama productions where actors rehearsed only one version of the script.

Harini Sundaraja, who played the lead character, had to learn the combat sequence, which was a big struggle for her. It was tough executing moves and making it look attractive, and a lot of the cast’s time was taken up during rehearsals as she was spending a lot of time to learn the movements.

“At one point of time, I felt like giving up because there were so many high expectations put upon me and the previews were nearing. There was no room to breathe, but my friends were always there for me,” said the 16-year-old.