A Closer Look: Woodlands Bus Interchange Through My Eyes 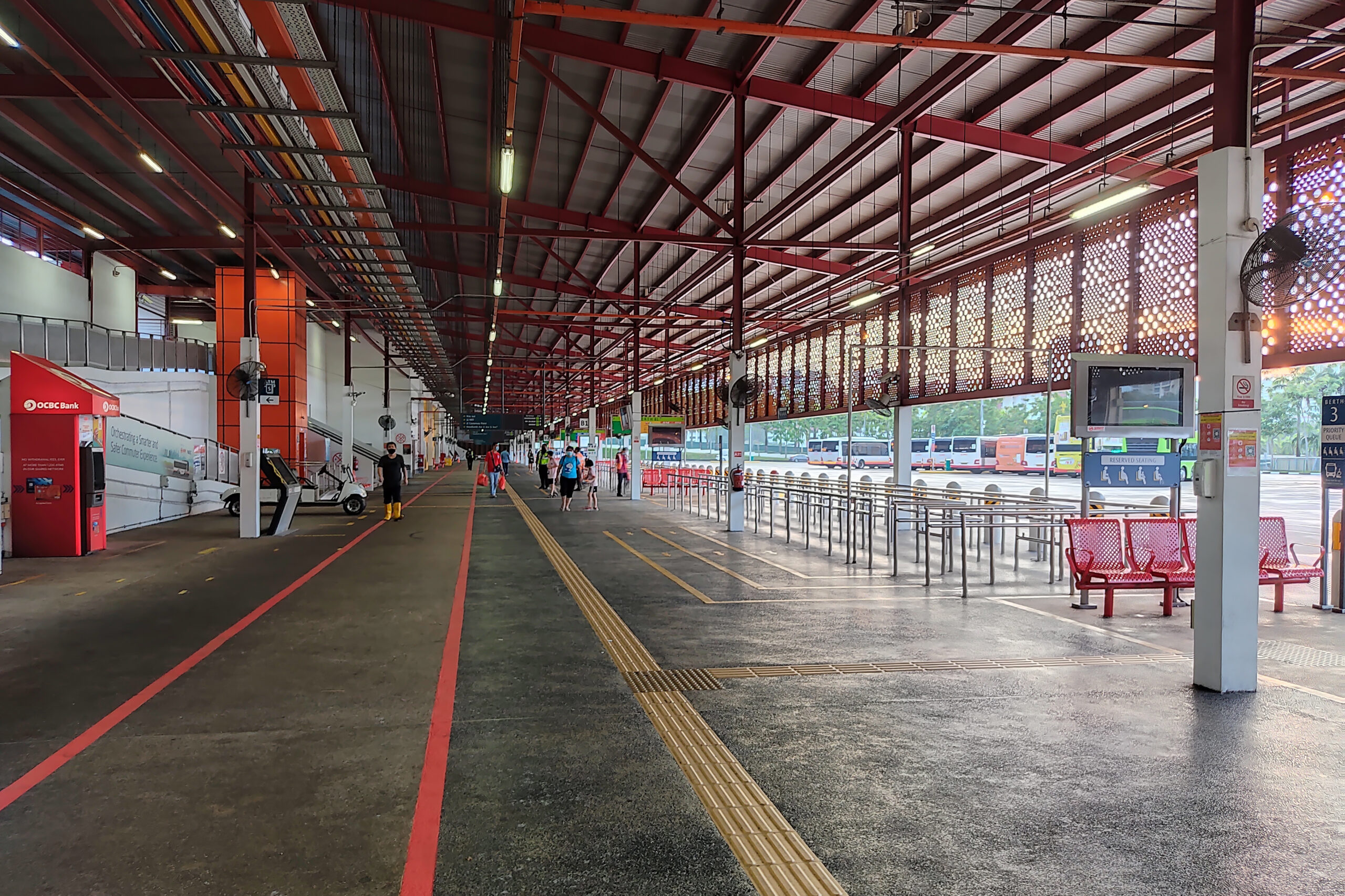 The current Woodlands bus interchange is a far cry from its predecessor. Unlike the bright, airy, and open environment commuters are now familiar with, the bus interchange was once a dimly lit and ominous place located below the Woodlands MRT station.

Like a medieval dungeon devoid of sunlight and ventilation, the space was only illuminated by warm toned orange, fluorescent lights hanging from the ceilings. This was occasionally interspersed with the alarming white of the signal and interior lights of the buses. That flashed by as they entered and exited the cavernous mouth of the interchange.

As a young girl with an overactive imagination and an obsession for fantasy stories, being in the bus as it travelled down a sloped road and into the interchange was akin to riding a horse that was charging into the mouth of a great beast and descending into the dark void of its belly.

Now, one could not stand anywhere within the interchange, without being blasted by the scorching heat of the Singapore sun. Eyes which once squinted to adapt to the dimness of the space, now squint to ward off the piercing rays of the sunlight. That felt like a thousand needles prickling every exposed surface of our body.

Standing in line at the bus interchange under the midday sun is a sensory experience unlike any other. The flurry of activities barely contained within the space attacks our human senses from every direction, rendering us vulnerable to its assaults. Like a punching bag, we are hit by various sights, smells and sounds directed our way.

From the boisterous laughter of primary schoolboys sharing a joke, to the shrill exclamations of an exasperated mother who is trying to get her kids to behave, to the disapproving tone and headshakes of the elderlies complaining about one thing or another that the government has done wrong. Every turn of the head is a scene unfolding.

Uttering a soft curse under my breath, I wiped the sweat off my forehead for the thousandth time as I eyed the mini portable fan the lady standing next to me is using with envy. Surreptitiously angling my body slightly to the right, in the direction that the fan is directed at, I could feel remnants of the cool breeze lightly blowing my face.

While the situation is not ideal, my mother has always taught me that beggars must not be choosers. A quick glace to the digital board at the front of the queue tells me that I still must endure another 5 excruciating minutes before my bus would arrive. It is during such moments that I miss the chilly and crisp air of the old interchange.

This colour writing piece was written for the M314 Feature Writing module in 2020.