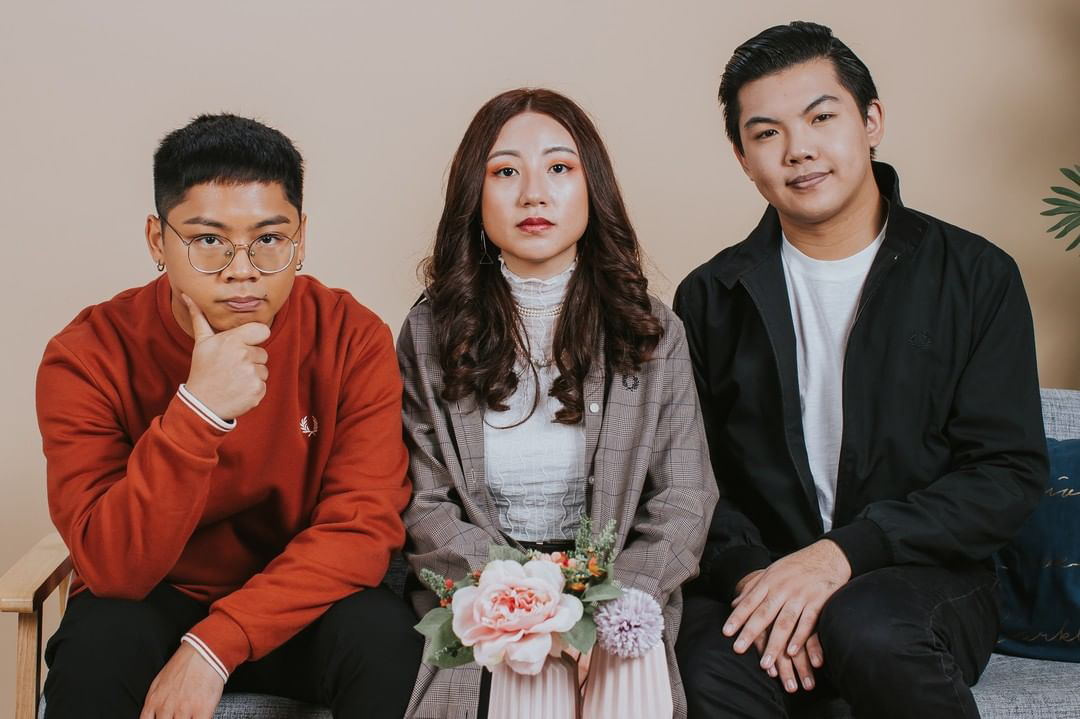 Get ready to be hypnotised and transported to a sonic dreamscape.

As a follow-up release from their last single All Our Time in October 2021, Singaporean alternative rock and shoegaze band Coming up Roses is back with a new track, Glass Stained Eyes.

Months after an evocative performance of the song at SCAPE’s Music Day Out 2021, the LASALLE alumni trio finally released the song on Jan 21.

Coming Up Roses started off as an acoustic duo in late 2016, before doubling their number and eventually ending up with the current trio. In 2018, the band played at Esplanade’s Baybeats as a Budding Band which helped the then 19-year-olds garner more recognition in the local music scene.

Describing themselves as a band that likes to weave in child-like innocence with revelations of adulthood into their music, these elements certainly come through in this latest song which was recorded at Snakeweed Studios and produced by local music veteran Leonard Soosay.

Starting off the track with twangy guitars and delicate vocals from Emily Sera, I am immediately transported to a sonic dreamscape, stirring up feelings of warm comfort in me.

This is juxtaposed with the song’s melancholic lyrics about feeling at a loss in one’s life which strikes a chord in me as a youth still figuring out life.

Along with the twangy guitars come the melodic lead guitar, the bright and clean tone providing a good contrast that will please your ears and further immerse you in the song’s youthful dreaminess.

The vocal harmonies also marry together well in a song about wistful yearning, a combination as satisfying as the two guitars.

Listening to Sera’s smooth vocals reminded me of how amazed I was when I first attended the band’s set at Music Day Out 2021. I was in awe watching Sera sing and play bass, all while delivering such an engaging performance ‒ one of the reasons why I was hooked by Coming Up Roses in the first place.

With drums that drive the song, you are sure to be hypnotised by them, bopping your head along and tapping your feet to the song before you even know it.

The guitar solo after the last chorus plays like a heartwrenching cry and finishes off the dreamy melancholia of a song that leaves me enchanted with stars in my eyes.

If you are someone that enjoys genres like indie, you are sure to enjoy Coming Up Roses’ Glass Stained Eyes. This latest addition to their discography will leave you humming its catchy chorus for days.

Hearing it for the first time and then putting it on loop for two hours to write this review, I am still not sick of it and keeps me excited for the talented band’s future projects and energetic performances.

Listen to Coming Up Roses on Spotify, Apple Music and YouTube