Doctor Strange: Pushing the boundaries of the multiverse and the MCU 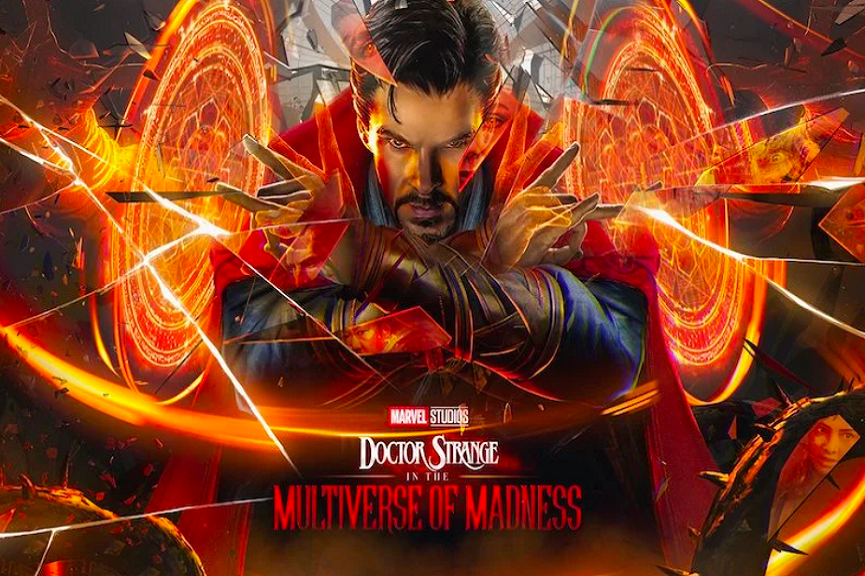 Get ready to expect the unexpected with Marvel’s latest, Doctor Strange in the Multiverse of Madness.

Following the success of No Way Home, Marvel is back with a bang with the launch of Multiverse of Madness. This movie, which literally translates to “anything is possible”, aims to push the boundaries of the Marvel Cinematic Universe (MCU) – by bringing something fresh to the table and a kaleidoscope of action, thrill and adventure with a dash of horror.

The legendary Sam Raimi – best known for his creative touch in the Evil Dead franchise, or the blockbuster Spiderman Trilogy starring Tobey Maguire – is back to direct the movie. So if you haven’t watched the movie, I have only three words for you: Expect the unexpected.

Following up as the second instalment in the Doctor Strange series, Benedict Cumberbatch reprises his role and is back for some multiverse madness.

The movie starts off with Dr Strange waking up abruptly from a strange dream where he is with a teenager named America Chavez (Xochitl Gomez), and being chased by a demon whilst racing to get the Book of Vishanti before the demon can. He then gets ready to head to the wedding of his former lover, Christine Palmer (Rachel McAdams).

A disturbance during the wedding is all it takes for Strange to realise it’s not a dream. A giant octopus eye creature wreaks havoc on the city as it pursues America, but she is saved by Doctor Strange and the Sorcerer Supreme, Wong, (Benedict Wong).

Learning that this was not all a dream and that it was really him from another universe, he seeks Wanda (Elizabeth Olsen) for help to learn more about the multiverse – and to keep suspense high and spoilers low, it’s where all hell breaks loose.

This movie strays away from all the other Marvel movies we’ve seen and it’s arguably justified that Sam Raimi was given more creative control.

With jump scares that leave you at the edge of your seat, diabolical kills, shaky cinematography, Multiverse of Madness’ good spooky sequence references many of Sam Raimi’s legendary works like Evil Dead, and even classic horror movies like The Ring.

Arguably, it is the scariest movie ever made in the MCU and Sam Raimi’s touch was what made this film refreshing and captivating.

Aside from the amazing CGI & jam-packed action sequences, it’s the whole new dimension at which we get to see the superheroes we know and love that’s what makes the movie so special.

We see Wanda, our beloved Scarlet Witch, and the heartbreaking portrayal of never being able to have what you want, where you have lost too much and all you have left to lose is yourself – and Doctor Strange, dealing with the question on whether he’s really happy, whether he’s not like what everyone says he is, whether he’s able to have a heart to save everyone.

Don’t let the many mixed reviews confuse you. It’s sure to keep you at the edge of your seat and it will be a movie worth watching.