EXO’luXion concert felt like a party in a club 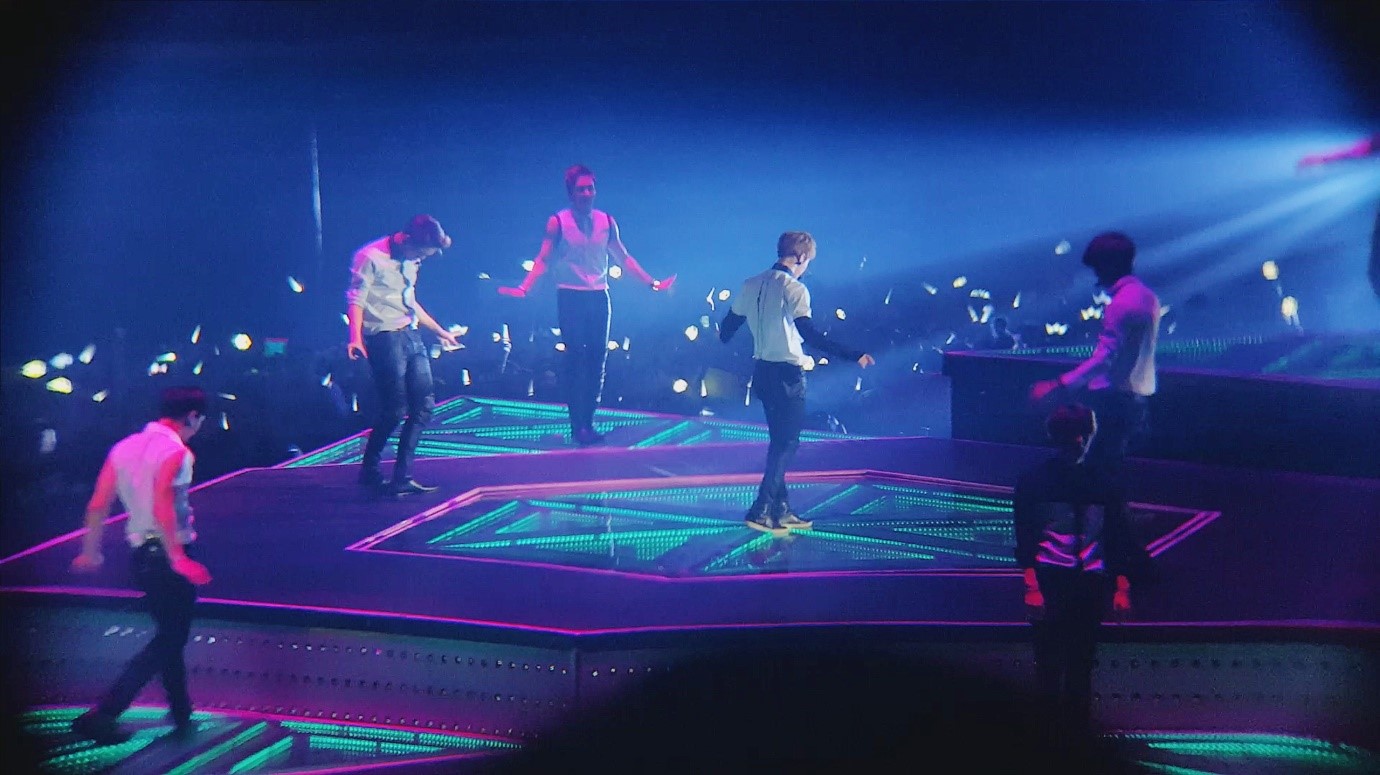 Exactly at 4pm on Jan 10, the lights at the Singapore Indoor Stadium were fully dimmed before coming back on to reveal the nine members of top South Korean boyband EXO.

Accompanied by impressive lasers and majestic pyrotechnics, the boys quickly got the party started to make up for the fact that they were half an hour late for the concert.

Fans went wild with Overdose, the title track from their second mini-album, that kickstarted the show. They chanted the group’s name, sang along and just screamed aloud unable to contain their excitement seeing their favourite group that last performed in Singapore in August 2014.

Produced under the SM Entertainment label in 2012, EXO has snagged several awards at music shows and hit “all-kill records” whenever they released a new album. The group has continued to go on strong despite the departure of three members over the last two years.

Singapore was the first stop of their EXO PLANET #2 – The EXO’luXion World Tour in 2016. Held on two days in January, the concert’s tickets started selling rather late and they didn’t come cheap, ranging from $128 to $288.

But neither of those factors stopped the band’s fans dubbed the EXO-Ls after the official name of the band’s fan club. And they were not disappointed.

The boys certainly knew how to warm the hearts of the audience when members Suho and Lay spoke in English, with Lay even declaring: “You are (all) the most beautiful girls I’ve ever seen apart from my mom.”

That made the EXO-Ls chortled in amusement.

As with the K-pop scene, the singing and dancing are often valued as much as the fashion. In this case, the band changed their outfits for as many as six times.

There was even an on-stage wardrobe change during the performance of Lucky, when EXO members got behind a translucent paper screen to tease the audience with some show of skin – bare shoulders and arms mostly but it’s still no exaggeration to say that the temperature of the venue went up a notch at that point.

About one and a half hours into the concert, the venue was turned into a club. Chants of, “I SAY E-X, YOU SAY O!” by the boys had fans on their feet, jumping and screaming the last hour away. Club worthy songs like Drop That, Machine, Run and Let Out The Beast had the crowd so pumped up I almost forgot that I was at a concert and not at some wild party.

And like in an energetic party, with almost no breaks in between, our throats were parched dry through screaming and singing along. It may sound energy-sapping but not in a bad way. EXO was so good at interacting with the audience that they just kept the fans on their toes begging for more.

Even after 30 songs performed, the EXO-Ls just couldn’t bear to let their idols go.

In return, the boys promised that they would return to perform here. That certainly felt like the best music to the fan’s ears.