Exploring Spider-Man’s burden of having No Way Home 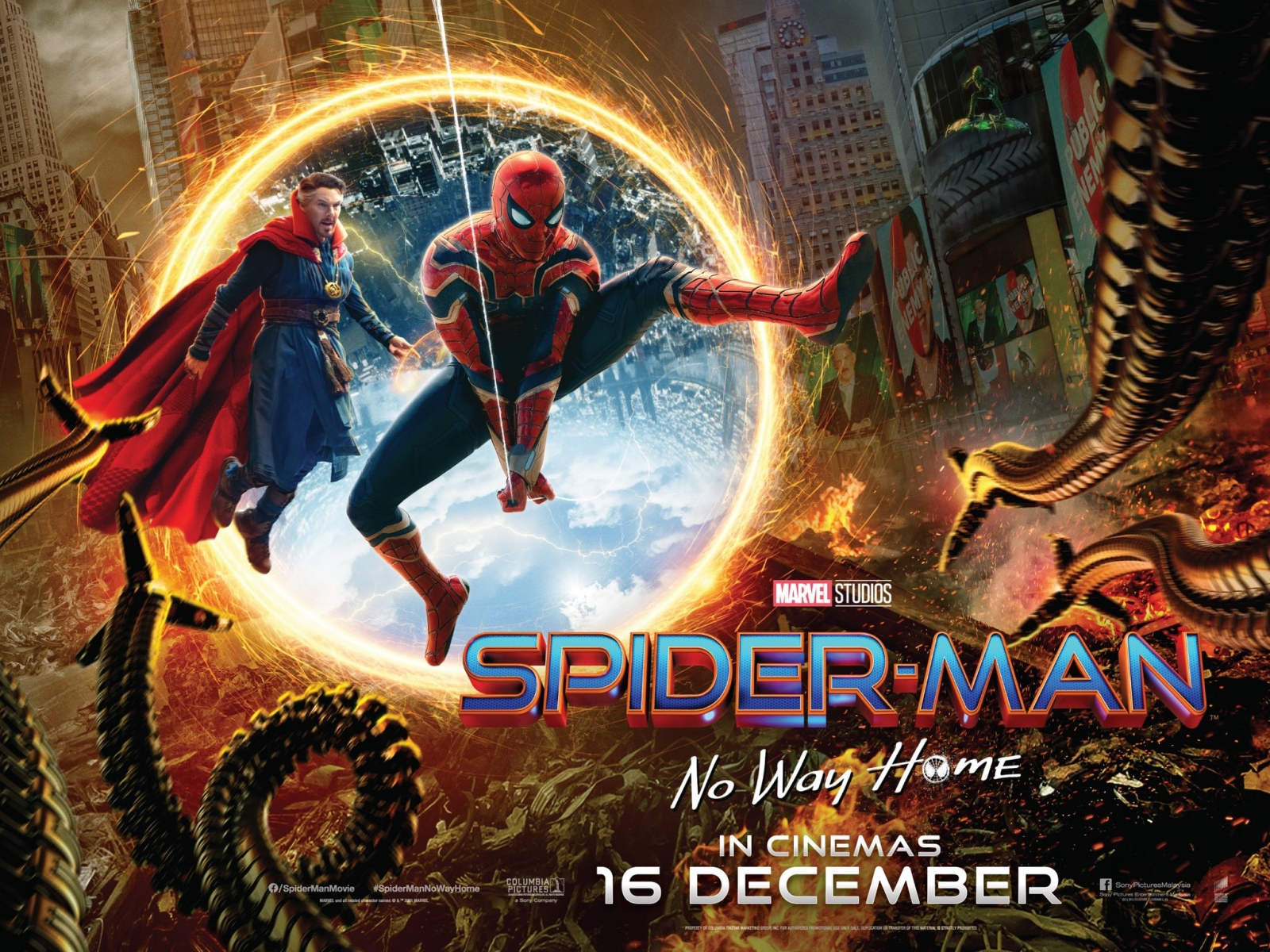 As a movie that had large shoes to fill, Spider-Man: No Way Home nails it and shows the essence of what it is to be a superhero, reminding us once again of Spider-Man’s roots - “With great power, comes great responsibility.”

Whether you’re a die-hard fan of the friendly neighbourhood Spider-Man, or you’re just a casual fan who wants to know what the hype is all about – Spider-Man: No Way Home is an experience not to be missed.

As Spider-Man: No Way Home brings Tom Holland’s Spider-Man trilogy to an end, it introduces the concept of the Multiverse into the Marvel Cinematic Universe (MCU), at the same time bringing back the iconic villains from three generations of Spiderman movies – Dr Otto Octavius, The Green Goblin, Electro and a few more which shall be left unsaid.

The movie picks up right where Far From Home left off, and for the first time, Spider-Man’s real identity is revealed to the whole world as he gets blamed for the death of Mysterio.

With his identity unveiled, New York City and the world goes into a frenzy, as the population is then divided between supporters and haters – the majority are the latter, painting him as Public Enemy #1.

The people closest to him – his aunt May (Marisa Tomei), classmate and girlfriend MJ (Zendaya) and best pal Ned (Jacob Batalon) – are the worst affected by the turn of events, as they face the rage from the public.

You would think by the third movie, Peter would have finally realised how one’s actions can bring grave consequences. However, in a desperate bid to fix the situation, he turns to his Avengers ally, Doctor Strange (Benedict Cumberbatch) to cast a spell that will erase his secret identity from the memories of everyone in the universe.

Unaware of the consequences, he begins to make demands, tampering with the spell. Alas, the spell goes wrong, and Doctor Strange summons visitors from every universe.

The human in Superhuman

The magic that the multiverse brings about in the movie is not just the nostalgia felt by loyal Spider-Man fans, but also the way the movie enhanced these characters that we have known our whole lives. This added a whole new dimension to them that one might not have been able to see in previous movies.

With my best attempt to not spoil the movie, what I can say is that it perfectly showcases Peter’s noble naivety, bringing the whole story back to the essence of every iconic Spider-Man movie or comic ever made – the painful, heartbreaking sacrifices and the great responsibilities that come with great power.

It encapsulates how Peter Parker is not just any superficial hero, but is a true-hearted one who doesn’t kill or rebuke villains on sight, but believes in second chances for all, no matter who you are.

While the last two movies may have relied heavily on him being mentored by Tony Stark and Nick Fury, this movie reminds us that Peter Parker is still a young, nerdy, awkward teenager who is still trying to figure out the superhero gig as he goes along – and furthermore, evolve to become the mature, noble and selfless hero he is.

Spider-Man: No Way Home dabbles on the weight of heroic decisions, the heartbreaking triumph where even if you make the right choice it leaves you with no happy ending as you end up suffering the most, with literally no way home.

If you thought Marvel was beginning to lose its flair, fret not – this movie will keep you at the edge of your seat with the jam-packed action sequences, while crying the next second with emotionally-loaded scenes that bring together teenage angst and cosmic catastrophe, alongside the perfect amount of humour and heartbreak injected in it as well.

Spider-Man: No Way Home has opened up many more opportunities for the MCU to explore the multiverse, and I am eager to see what they do with it next.

(Little tip for everyone going to watch: Stay on after the movie to see two post-credit scenes!)