‘I wouldn’t change a thing’: Meet Ilex Tan who chose to become a pet cremator and has not looked back 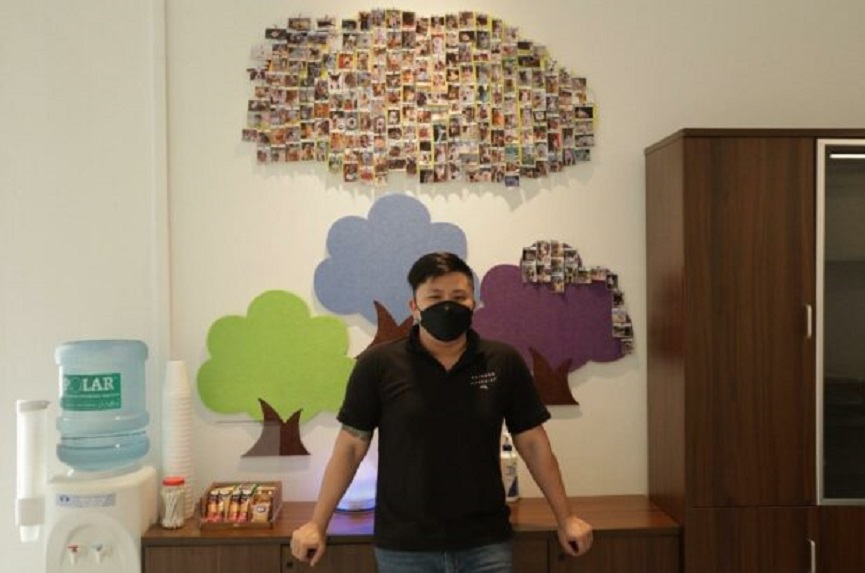 As the saying goes: “You can’t choose your destiny, it chooses you.”

29 years old. A prime age, as some would say, for millennials to get married and settle down.

However, life had other plans for Ilex. Initially, a worker in a Migrant Workers Dormitory, Ilex had never considered, let alone, heard of pet cremation.

As the saying goes, “You can’t choose your destiny, it chooses you.”

“I will come to take a look before I try first,” was the first thought that Ilex had, particularly sceptical about this new opportunity.

His friend’s father gave him a shot at Rainbow Paradise Pet Cremation, the same time when COVID-19 became full-blown in the dormitories. The dangers of catching COVID-19 lurked in his mind, leaving Ilex doubtful if this was an industry that he wanted to stay in.

Little did he know that he would find a sense of satisfaction in his new profession.

Deceased pet owners often come in notably depressed and sad after the demise of their pet. Despite that, Ilex notices a warm smile on their faces after they see their pet cremated thoughtfully with the cremation process being clean, straightforward, and transparent.

By sending these animals off with such grandeur, it helps the pet owners recuperate after the loss of their pet.

“After everything, when they collect back their pet, they come and thank you, and say ‘really thank you for helping us go through this very sad phase of their life.’ After that, you will feel very happy. Very meaningful. Very nice to help people in this way.”

The boss of Rainbow Paradise Pet Cremation (who declined to give his name) complimented Ilex: “I applaud Ilex, for a person of his age, to be able to devote so much time and energy and make a real effort in something like this, is really very rare in the current generation.”

Working in the pet crematorium business can often become repetitive. When asked, Ilex recalled his days often being the same. Working in the morning shift, Ilex would come in around 8am, start off by cleaning up the centre and preparing the necessary paperwork.

After which, he will see if there is a pet cremation scheduled for the first slot. If there is, he will take out the body earlier, clean up, do some grooming and prepare the flowers. Ilex ensures that families would not have to wait so that they can spend all the time available with their pets.

Recalling his past year of experience, Ilex would occasionally find owners who want KFC chicken to be cremated with the pet. He would then tell the owners to remove the bones from the chicken. If not, they will possibly pick out chicken bones instead of their pets’ bones.

During the cremation, owners of the deceased pet can wait in one of the two resting rooms before IIex brings out the bones and ashes of the pet. Subsequently, the owners will have some time to pick out a portion of their pet’s bones for keepsake.

Occasionally, around every two weeks, Ilex and his colleagues will also go for sea scattering. This is an option for owners who are superstitious and don’t want to collect the ashes back.

Additionally, in accordance with the National Environmental Agency (NEA) dumping of large animal carcasses into waste-to-energy (WTE) plants is also not allowed. Owners of large pets such as dogs and cats should engage the services of commercial animal crematoria instead.

Ilex narrated an incident, where a family of eight with three generations came down to see their pet get cremated. It was one of the biggest groups he had ever seen. What was most remarkable was that everyone was weeping, seeing their pet cremated, he recounted.

“The whole family came. I think it was a rabbit. Then the whole family came. Everyone was crying. I was thinking that wow, this pet really is like a son/daughter to them,” Ilex said with a solemn glance, reminiscing the moment that he met that family who was mourning over the loss of their pet rabbit.

“You can really feel the sadness in the room. Wow.”

Dealing with death was always taboo especially for the older generation. Superstitions about being haunted at night often came to play with anything related to death. Even if it were just pets. Ilex’s family and friends were not spared by the natural fear when it came to superstition and death, leading them to be sceptical about him joining this industry.

This is especially so as it can get rather gory. At times, the animal’s face would be disfigured with its innards spilling out. For someone that is afraid of gore, it isn’t easy to look at such a sight, let alone cremate the animal. However, Ilex felt the obligation to continue doing his job despite his fears, due to his determination to ensure that the animals go in peace.

“I mean no choice, if I don’t do then no one will do. So, we will still do it. Sometimes the face is a bit out of shape, we need to try to push a little bit, put it nicely, put flowers, clean up the face a little bit,” he remarked.

Feeling empathy for pet owners and getting emotional alongside them is a challenge that Ilex faced. “We need to control our tears. We need to be professional so we cannot push in then suddenly we cry. So, holding our tears is also a bit hard. But we still need to do it. That feeling you can feel, wah very sad,” he said.

“We try to understand them, be very gentle with them, and be very patient with them.”