Not just a hashtag: Are we really making a difference on climate change? 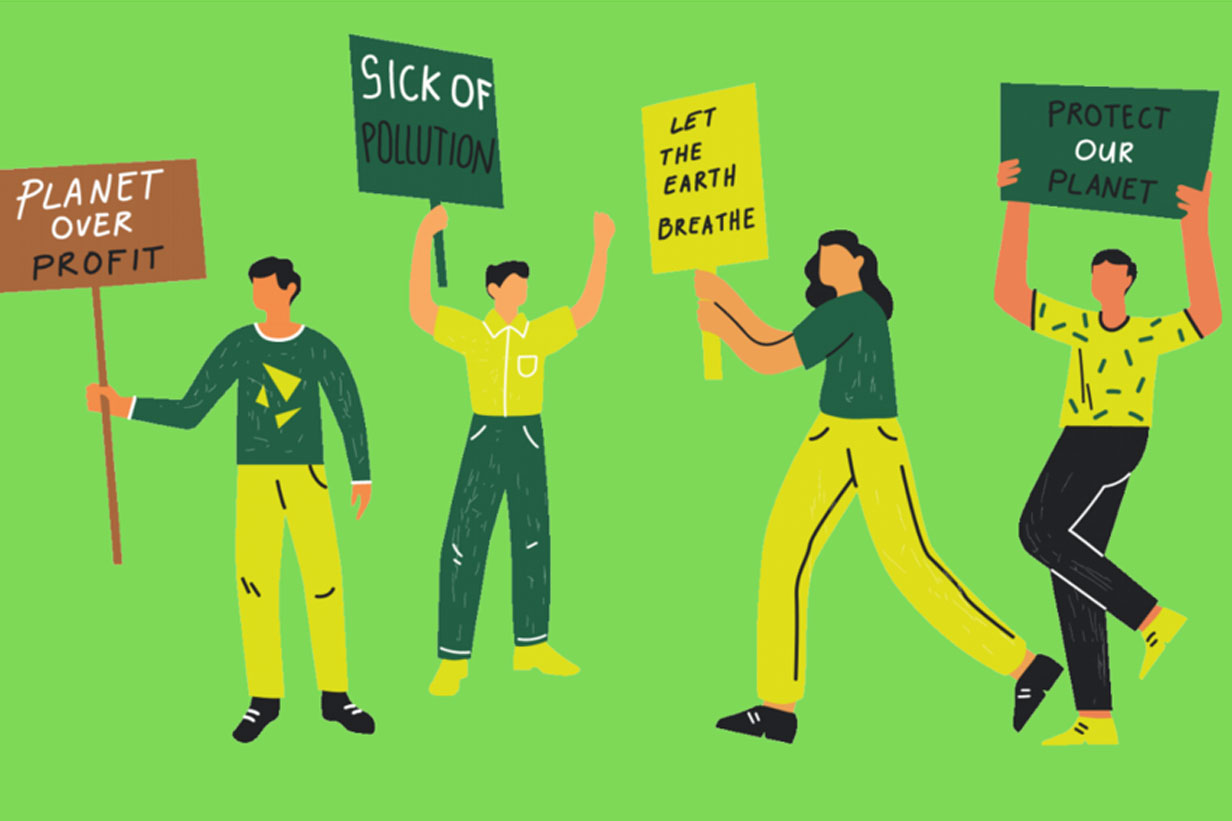 Illustration of environmental activists carrying various slogans calling for protection of the planet.

While the spirit of activism is laudable, some of the ideas remain questionable and it has made me wonder if we can do more to address the issues effectively.

Illustration of environmental activists carrying various slogans calling for protection of the planet.

As part of Gen Z, I feel increasingly concerned about the impact of climate change. I understand the pressing need to make fundamental changes to our lives if we are to save the environment.

As digital natives, my generation has grown up using social media platforms to spread awareness on environmental issues, initiate conversations and kickstart campaigns. I have seen that the efforts have made a difference – at times significant.

While the spirit of activism is laudable, some of the ideas remain questionable and it has made me wonder if we can do more to address the issues effectively. There are several examples of how sometimes effort has not been met with the desired results.

One campaign that gained traction across the globe was to do away with plastic straws. The rationale behind this move was of course based on the widely-known damaging effects of plastic on the environment.

Viral videos of straws getting stuck in sea turtles’ noses brought attention to the problem. So, it was no longer just plastic bags that were deemed harmful to the ecosystem.

Unfortunately, these ‘solutions’ triggered another series of controversial debates related to the entire discussion of climate change.

JUMPING ON THE GREEN BANDWAGON

Studies down the road revealed that paper and cotton tote bags require much more resources to produce compared to plastic bags. Research also highlighted how a single metal straw requires much more energy than a plastic straw for production. This in turn increases greenhouse gas emissions, hence the impact on climate change.

Despite these limitations and given the potential negative effects on climate change, companies merely saw the commercial value in what was trending and jumped on the bandwagon. What was meant to be a ‘save the environment’ campaign turned into a profit-making venture for companies.

Such outcomes make me wonder if all these ‘save the Earth’, ‘save the environment’ ideas and campaigns are just overrated. Especially my generation: we get excited and jump into adopting trends without critically thinking through the impact of our actions.

Whatever we do, we must be sincere about our motivations and must do due diligence underpinned by knowledge and research. Otherwise we might end up causing more harm and destroying the Earth further (as in the case of the metal straw).

While many of us aspire to be the next Swedish environmental activist Greta Thunberg, we need to get our basic facts right and then act on it. Thunberg is a shining example of how knowledge and action have combined to make a difference on the world stage and she walks the talk.

In 2019, she travelled to New York to address a United Nations climate conference. She demonstrated her sincerity about climate change as she refused to fly to New York. She made her way there on a racing yacht, in a journey that lasted two weeks.

She remains an inspiration to many across the globe today.

The way I see it, only when we have a deep understanding of the impact of our actions can we make a meaningful difference.

Saving the planet is not simply about a hashtag or a trend. It is our future.

This commentary was first published on AsiaOne as part of a collaboration between the digital news website and Republic Polytechnic’s School of Management & Communication.