One call, one chance of a lifetime 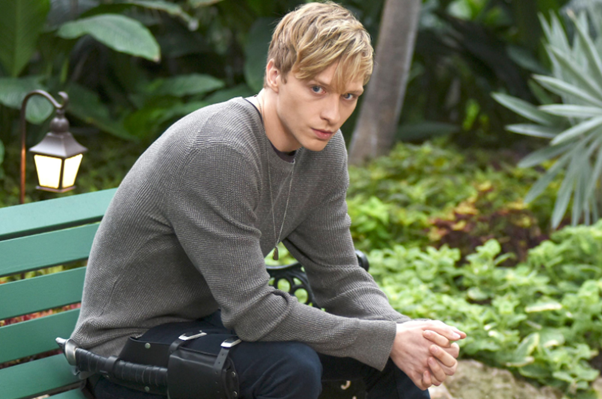 Will Tudor (above) as Jonathan Morgernstern, posing as Sebastian Verlac in Shadowhunters Season 2. (PHOTO: FREEFORM)

Mass Communication student Muhammad Nazirul Asrar managed to secure a tete-a-tete with English actor Will Tudor at a virtual fan convention. Here's how the conversation went between fan and celebrity.

Will Tudor (above) as Jonathan Morgernstern, posing as Sebastian Verlac in Shadowhunters Season 2. (PHOTO: FREEFORM)

Ever wondered how it would feel like to meet AND speak to your favourite actor?

To tell you the truth, it is all rather surreal, which describes my state of mind as I attended my ‘1-on-1 Fan Meet’ with Will Tudor at the Dream It At Home 5 (DIAH5) Convention which took place via Zoom on Nov 14, 2020.

William James Sibree Tudor, better known as Will Tudor, is a 33-year-old English actor famous for playing the roles of Sebastian Verlac and Jonathan Morgernstern in the Netflix series Shadowhunters. Tudor also appeared in the award-winning HBO series The Game Of Thrones as Olyvar. He currently stars on HBO’s Industry.

Initially, I came across the DIAH5 convention on Instagram because I had been following the organisers. But when I saw that Tudor was on the roster, I got a ticket (through a friend’s help) to attend the convention which was normally held in France before the pandemic.

Knowing the Zoom call would only last five minutes, I decided to use this chance to conduct an informal interview with Tudor.

When I first entered the call, the first thing I noticed was that Tudor looked different from the characters he portrayed. Compared to his character Jonathan’s tense demeanor and rugged looks, Tudor was relaxed and chipper, sporting a clean-cut look.

Despite his friendly smile, I felt nervous as I prepared to open the conversation. Knowing that there were hundreds of fans that would be speaking to Tudor as well, I thought he might not be interested in my questions.

So, after the introductions and asking the first question, Tudor’s responsiveness came as a surprise. His answers were cryptic yet insightful,
leaving room for further discussion. He also sounded excited to discuss the complexities of his characters.

When asked to describe Shadowhunters in one line, he said: “Demons intrigue the Heroes.”

However, I think his most memorable response came when I asked him about the hard part balancing his characters of Jonathan and Sebastian, who looked alike but had different personalities.

“I felt like [Jonathan] was real and ‘blunt force’ was how he tried to achieve things,” said Tudor. “Whereas when he was playing Sebastian, he knows he can’t do that, and as such how he can get what he wants is through charm.”

When my five minutes was up, Tudor sounded pleased, saying it was “such good fun” and that I was “very good” as an interviewer.

Considering these words came from an actor who had been interviewed by countless professional journalists, I ended the call on a high, all initial nervousness a distant memory.

Actor Dream It At Home 5 Will Tudor