Parkour: An embodiment of growth, not rebellion 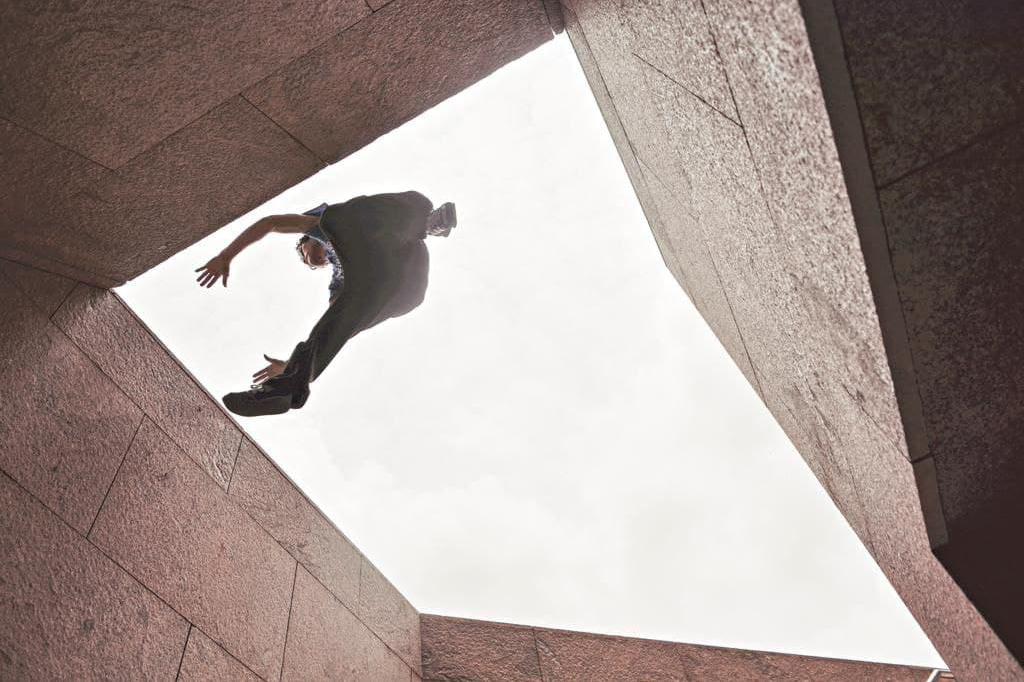 Many have misconceptions about the sport known as parkour, but there is much more that meets the eye. (PHOTO: Tan Chi Ying)

To some, parkour may seem like an extreme sport for adrenaline junkies, but to Boon Hoe Tan and Crisdean Jabez Charles from the A2 Movements Academy, both 19, parkour is more than that.

Many have misconceptions about the sport known as parkour, but there is much more that meets the eye. (PHOTO: Tan Chi Ying)

What started off as merely a fascination from watching online videos of parkour stunts, turned out to be the start of a new lifestyle for Boon and Chrisdean when they were just 14 and 15, respectively.

Developed in the 1980s in France, the discipline (Parkour), now known as a sport, was popularised through internet videos, television commercials and feature films like the James Bond movie, Casino Royales.

Even so, thanks to the misleading portrayals in the media, the sport also grew various misconceptions from the public and became known as an “extreme” sport on par with skydiving and only suited towards people of a “certain level of fitness”.

“The most common misconceptions are that parkour are only for people who are adrenaline junkies or have the guts to do it,” said Boon. “But it’s just a sport for people to connect to the urban environment and their surroundings.”

With the rising trends in videos such as extreme parkour challenges and parkour fails on YouTube, it’s to no surprise that anyone would want to stay away from the sport and encourage their loved ones to do the same, even more so for parents with kids.

However, you’d be surprised to find out that the risk of getting injured while doing parkour is as high as any other mainstream sports like basketball and football, except for the fact that parkour can actually be a useful skill that keeps you safe.

In a survey conducted by parkour experts in 2016, it suggests that the parkour skills garnered actually helps parkour athletes avoid injuries, and that most injuries are minor injuries that can be resolved in less than two weeks.

As a matter of fact, one of the basic techniques in parkour is called the Art of Falling, more formally known as, Ukemi. It is a highly practical technique that allows one to fall safely and deliberately to reduce any impact from hard surfaces.

Besides the common misconceptions about the sport of parkour itself, parkour athletes, especially those of a younger age also tend to be misunderstood by the eyes of the society, for causing public nuisance and damage to infrastructure.

“I got caught up with the law once while I was training. The spot was in front of the police station, but it looked really good for training,” said Chrisdean. “I ended up being told off by some police officers.”

A2 Movements, Singapore’s first parkour training academy, believes that parkour is not only about building functional fitness but feeding the mind and spirit as well.

Tan Chi Ying, 35, the founder of A2 Movements, said: “Parkour does different things for different people. Youth-wise, confidence is a great thing to enhance in them. As early as 11 to 14 years old, they face a growth spurt so when they’re training parkour, it helps them gain confidence.”

For Chrisdean, parkour is overcoming the mental and physical barriers he faces during training, especially when it’s outdoors. Sometimes, he faces difficulty in attempting the moves his coach instructs him to do and other times, he feels the pressure in doing well in the parkour stunts when he receives looks from the public audience.

He added: “I don’t really feel fear in doing new things, especially fear of heights, since I know how to handle myself now.”

Contrary to popular belief, parkour has also been proven to reduce anti-social behaviour. In a study conducted through a youth incentive in Westminster in conjunction with parkour coaching, crime rate between youth ages eight to 19 was reduced by 69% during the time they coached parkour.

The more engaged one is in the sport, the more they are presented with new challenges and obstacles which in turn directs youths to a newfound confidence and ability to be more independent while overcoming life challenges.

A sport for everyone

If you still think parkour is all about big gap jumps and flips, think again. What used to be associated as a sport solely for young men with top notch fitness, is now gradually recognised as an exciting sport suitable for all ages.

Parkour is all about learning how to move using simple movements. Through consistent strength and mobility training, one will be able to move more efficiently and with more confidence.

So, if you’ve always been curious about parkour, we encourage you to start your journey with A2 Movements, where parkour and free running learning are made accessible for all levels regardless of your age, background, experiences, or fitness level, including kids and ladies.

This feature piece was written and selected as part of an industry project with SportSG for M314 Feature Journalism.