A match made in RP 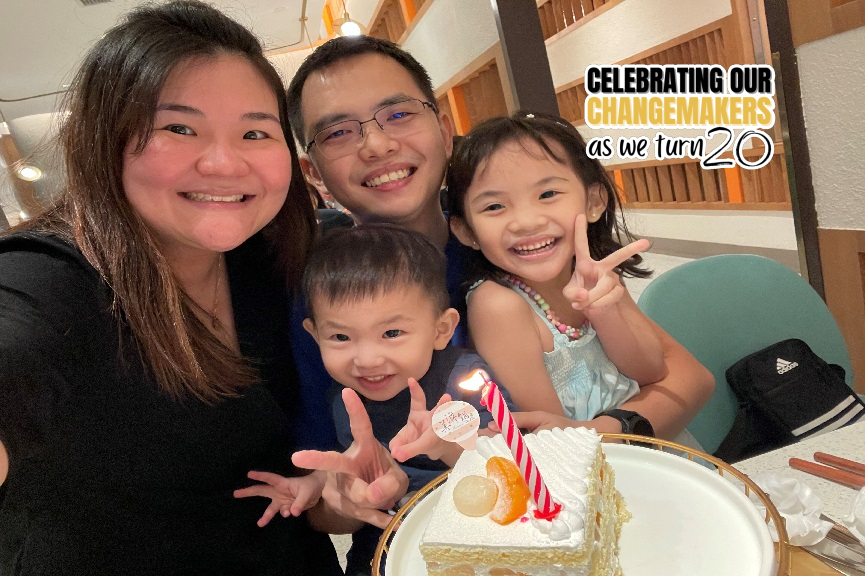 When Foo Feng Mei, Jaselle joined Republic Polytechnic (RP) in 2005, she did not think she will graduate with the love of her life, Tan Wai Keong.

The couple, who are both now working at HSBC and OCBC, have been married for almost eight years and have two children.

The two met in their early polytechnic years during their time spent in the Youth Entrepreneurship Interest Group (YEIG).

“We were the batch of students that experienced Phoenix park and Woodlands campus. That was really a huge change that really left us with a lasting impression. From an old campus with history and lots of stairs to a newly built and fully air-conditioned building. It made us feel as though we upgraded together with the school,” said Ms Foo.

On her educational journey at RP, she said that the unique learning methods at the polytechnic were ideal for her to shine.

She said: “Critical thinking, working effectively and problem-solving were some of the key skills that helped shape us to what we are now. As we know the learning method as compared to other schools are very different, these are skills that really helped us a lot in the working society and even public speaking skills.”

As students who were a part of the YEIG interest group, they participated in a marketing competition held by the National Library Board (NLB). However, the two had their own circle of friends as they were in different teams.

What Ms Foo never expected was that those mini-interactions and encounters with Mr Tan would lead to an unexpected romantic relationship.

The couple started off as acquaintances but gradually became close friends after spending time with one another.

“Our friendship was a great milestone for us. It made our life in RP very significant and memorable,’’ said Ms Foo.

She recalled that Mr Tan was a reserved individual and would always quietly be there if she needed someone to talk to.

“After many years, he confessed that he logged online every day at a specific time so that he would be present if I needed a listening ear. He used this as an opportunity to get to know me better,” said Ms Foo.

One person who stood out for them and stood by them was Sim Choon Hou who was then a lecturer and now the Director of the Academy for Continuing Education (ACE). Describing him as their “dearest” Ms Foo said he was the couple’s “common link back then”.

Ms Foo was thankful that Mr Sim was present for them as a mentor.

He took the initiative to get to know his students better by being an active listener and acting as a pillar of support, she said, adding that he was there throughout non-academic-related events and various milestones in their lives.

The couple then decided to tie the knot in May 2014 after six years of dating.

However, their wedding was not a grand one. All it took to win Ms Foo’s heart was Mr Tan’s love for her, a simple ring, and a build-to-order (BTO) flat application.

“Being a typical Singaporean guy, applying for a BTO flat was his way of asking me to marry him,” said Ms Foo with a smile.

For Ms Foo and Mr Tan, they have no doubt that their friendship at RP laid the foundation that led to love, marriage, and kids.

As Ms Foo said at the end of the interview: “Every moment is a fresh beginning. Nothing lasts forever but what matters to me is that we were able to create these memories. One day, you’ll look back and share those happy memories with your children or even grandchildren.”