Simple storyline with a strong message: Review of The Greatest Showman 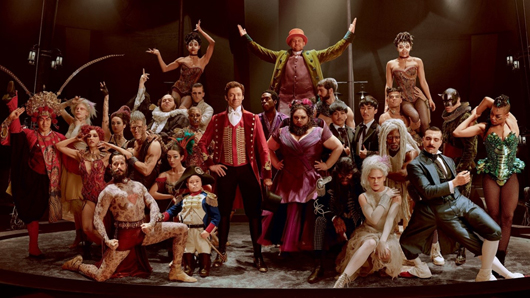 Musical films have never been my cup of tea as I easily got bored by too much singing and dancing. Watching La La Land and Pitch Perfect had me yawning most of the time. So, I approached The Greatest Showman with some trepidation.

I was glad that I didn’t dismiss it immediately. The movie was different from all others in the similar genre.

Directed by Michael Gracey, it is inspired by the story of P.T. Barnum (Hugh Jackman) and his journey to start the Barnum & Bailey Circus. The circus starred performers who were ‘freaks’ such as Lettie Lutz, a bearded lady (Keala Settle) and Charles Stratton, a dwarf (Sam Humphrey). Of course, there was love too, between Barnum and Charity (Michelle Williams), and the heavily-publicized romance between Phillip Carlyle (Zac Efron) and Anne Wheeler (Zendaya).

The story is situated in New York in the 1800s, where people born with physical differences were often shamed and remain hidden by their families. The circus, however, put these people in the spotlight. While the circus drew in large audiences, it also attracted controversy and bad reviews.

In order to improve his reputation among the upper class, Barnum befriends Phillip Carlyle, a playwright who soon joins in the venture. He also meets Jenny Lind, a renowned Swedish opera singer, and convinces her to go on a tour in America. Barnum realizes that becoming Jenny’s manager earns him more respect and good reviews, and thus, decides to leave his circus to Phillip and focus on Jenny instead.

At the same time, the number of protestors against the circus increases by the day, putting the performers in more danger.

Such a well-developed storyline helps to balance the singing and dancing that is to be expected in any musical film. This addresses one of my pet peeves – too much singing in a musical film. By comparison, The Greatest Showman has just the right amount of song and dance.

It certainly helps that its soundtrack that accompanies the film was pretty well done. The song This is Me fast became the adopted anthem of acceptance that most millennials (myself included) are searching for today.

Throughout the movie, there were several heart-wrenching and fist-clenching moments. I often found myself holding back tears as I watched the characters overcome adversity. There were also instances which made me realise how far society has progressed since then. I heard fellow audience members ask, “Why is this person here?” referring to the performers who are categorized as ‘freaks’ in the film. It struck me because we have learnt to look past the physical differences of others which used to be so obvious in the past.

Despite the magical feel of the movie, the on-screen romance between Phillip and Anne was under-developed. This was disappointing and frustrating as it seemed like the producers only included it just to add more to the “Aww” factor, but failed to deliver anything substantive.

Nevertheless, The Greatest Showman comes across as a deeply meaningful film and despite it belonging to the musical film genre, it is one that I would watch repeatedly. And each time, I would look forward to the final scene where the performers joined hands in harmony to ask for just one thing – acceptance.

Looking at how well the film has done in the box office, I definitely think they’ve got more than that.