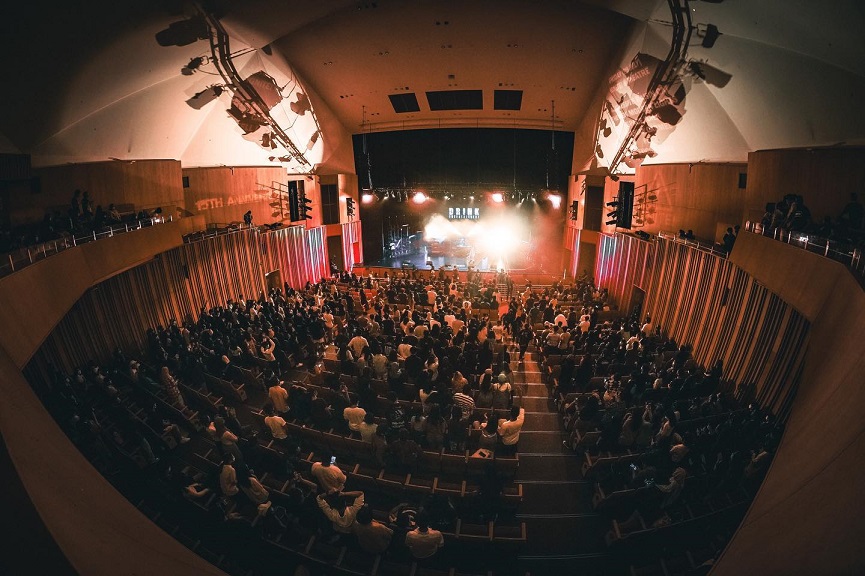 Last weekend marked a night to remember for the lively crowds and engaging performers at the student-driven IGNITE! Music Festival. Didn’t manage to join in the fun? Well, here’s a quick recap on some of the festival highlights!

MUSIC FOR THE SOUL: Vocalist and producer Daniel Sid returned from busking overseas to perform his songs Greener Grass and Bluer Skies during the IGNITE! Music Festival. With a voice that emanated experience and empathy, the multi-instrumentalist also showcased a unique talent – making flute noises with only his mouth while singing a classic hit Fly Me To The Moon. (PHOTO: @jaredkimwj)

DRUMROLL PLEASE: During the performance by Saints Among Sinners, audiences were treated to the drumming prowess of Martin, as he single-handedly enthused the crowd with his drum solo on the track Ikhlas. (PHOTO: @jaredkimwj)

CLOSING STAGE: M1LDL1FE vocalist Paddy Ong captured mid-pose as he and his bandmates performed their newest releases such as Can’t Seem To Get Anything and Distraction. The band’s performance marked the final act of IGNITE! Music Festival 2022. (PHOTO: @jaredkimwj)