The bitter truth behind stunning Ni no Kuni: Cross Worlds 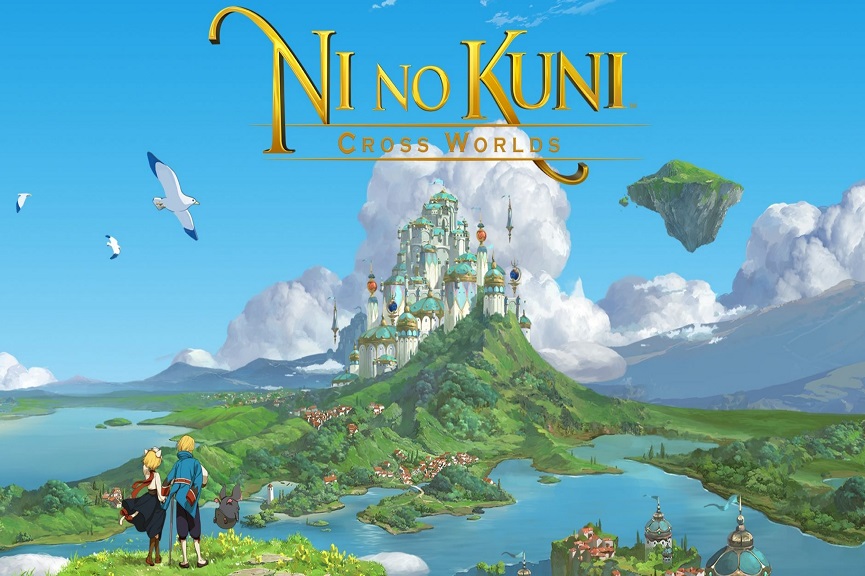 Before the MMORPG made its global release, it was highly anticipated by Ghibli and anime fans alike. However, hidden underneath its glitter and glamour, comes the game’s unappealing aspects that have quickly driven away many consumers.

If you’ve been a fan of any of the films produced by Japanese animation studio, Studio Ghibli, then like me, you immediately pre-registered yourself for the multiplayer online role-playing game (MMORPG) Ni no Kuni: Cross Worlds after being captivated by its trailer.

Originally released in Japan, South Korea, and Taiwan last year, the video game developed by Level-5 and published by Netmarble made its global release on May 25, 2022.

It’s a mobile entry in the Ni no Kuni series that pays homage to both Studio Ghibli and its previous titles. Though the game can be enjoyable, it has too many unattractive features which have ruined the gaming experience for many — including me.

THE GLITTER AND GLAMOUR

The first thought that came to mind when I started playing was simply “Wow” because as promised, players are greeted with phenomenal ghibli-esque artwork, an intriguing storyline, and beautiful soundtracks composed by Joe Hisaishi who is well known for his music in Spirited Away and Howl’s Moving Castle.

When the game begins, players are dropped into a fictional virtual reality game named Soul Divers — continuing the isekai-esque theme that Ni no Kuni has been developing with its series.

Upon entering the game, they are greeted by an AI character named Rania. The game glitches and the player blacks out, only to wake up in the middle of a burning city. The player then embarks on a quest to rebuild the Nameless Kingdom and defend it from foes.

Ni no Kuni: Cross Worlds allows players to choose from one of five character classes — Destroyer, Engineer, Rogue, Swordsman, and Witch. Not only does each class get to hone different stats, you also get to further design your character based on what you want them to appear like.

Unfortunately, like another MMORPG titled Black Desert Mobile, customisation of characters is limited and each class is gender locked. Though trivial, I wanted to become a cat lady with a sword, but alas, the game said no.

As guaranteed in every RPG, you get to watch cutscenes, follow a storyline, improve your character’s skills and equipment, battle monsters, and so much more.

You also get to choose between two gameplay modes — Kingdom Mode, a co-operative multiplayer mode where players get to explore the world together with their new profound friends.

And Team Arena Mode, a competitive multiplayer mode where six players compete against each other in teams of three. Perfect if you’re the type to want to challenge your friends to a friendly duel.

Despite being guaranteed stunning ghibli-esque animation, Ni no Kuni: Cross Worlds is anything but groundbreaking. The bitter truth is once you get over the initial honeymoon phase, it becomes pretty easy to pick out the game’s many shortcomings.

For instance, though the animated cutscenes look flawless, the actual open-world itself can be a hit-and-miss with inconsistencies found in the environment’s texture or graphic quality.

Furthermore, I’ve heard that many had to wait for unpredictably long periods before being greenlit to enter a server due to too many players being online at once. But this should be solved once more servers are added.

As a new game, understandably there are bound to be some minor flaws that can be worked out over time. But these three faults can really spoil a player’s in-game experience — user interface (UI), autoplay, and cryptocurrency.

Though generally it seems fine, the game’s UI can be described in four words — very confusing and irritating. I’m not unfamiliar with MMORPG, but even I can’t help getting overwhelmed looking at my screen… imagine how suffocating it would be for newer gamers.

With the inclusion of many unnecessary features on screen, the placement of these buttons have become counter ergonomic. I could be in the middle of combat and accidentally click on a wrong skill, though it’s not something you would easily notice considering the game plays by itself.

Yes, although the game has hours of content in store for you, a lot of that time can be spent letting the game do things on its own. It’s common to see an autoplay function on most MMORPG, but usually players can choose whether they want to use the feature or not.

Ni no Kuni: Cross Worlds is unique. Though they do let you choose whether you want to go through the combat stages using full autoplay, semi-autoplay, or not at all, it doesn’t matter because the game just continues to fight enemies on its own.

It’s infuriating when I can’t get to my quest destination without clicking on the quest and letting autoplay do my job for me. The auto function can be turned off but it automatically turns itself on all the time.

What probably annoys me even more is how the game constantly alerts you to spend money. The implementation of cryptocurrency and Non-Fungible Token (NFTs) makes it so that you have to pay to win — a deceptively shallow tactic.

It appears like you can purchase the best items right off the store. For those with no money to spend, the only way to earn the currency needed is by farming through player vs player (PvP), which is also massively imbalanced.

Ever since Genshin Impact raised the standard for mobile video game quality, many game developers have attempted to come out with their own RPG or MMORPG mobile releases. And so, many have compared similar game genres to Genshin.

Likewise, there were many heated discussions being stirred on forum pages on whether this game would be able to give Genshin a run for its money.

Aside from being two different genres and ultimately being a game that shows promise, the overwhelming UI, constant attempts at monetisation and a lack of an engaging system tells me that Ni no Kuni: Cross Worlds is far from competing neck-in-neck with Genshin Impact right now.

Advice: If you seek for a greater challenge and hate having a game playing on its own, I strongly recommend exploring other options too.