The old dame bows out 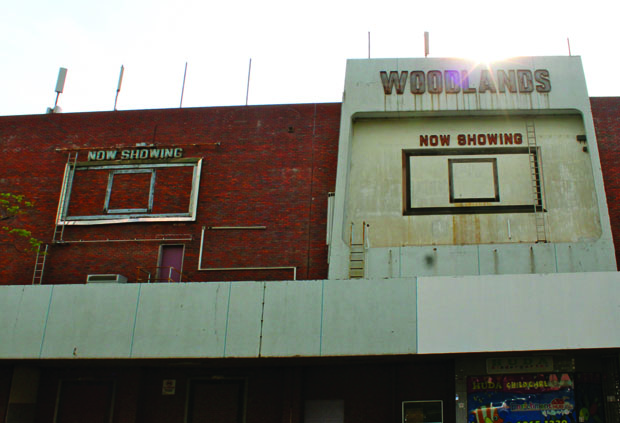 It may be hard to visualise now, but at its height in the 70s and 80s, the Woodlands Town Centre was a place buzzing with people shopping, eating, living and loving their environment.

But those days are fast coming to an end as the entire area will be torn down to make way for a completely new living and play space for residents. Slated for redevelopment works in 2016 under the Land Use Plan by the Urban Redevelopment Authority (URA), the Woodlands Town Centre is part of the bigger plan to rejuvenate old neighbourhoods.
With the finalisation of the new Thomson MRT Line’s station location, a new North Coast Innovation Corridor will help to prioritise development of the land around the Woodlands MRT interchange to enhance connectivity.

The Corridor extends from Woodlands Regional Centre, Sembawang, the future Seletar Regional Centre, “to the learning corridor and innovative cluster at Punggol,’’ according to the URA website.

Just beside this was another old underpass linking the rider to Admiralty Road. The original Woodlands Bus Interchange, established in the 1980s, saved people much walking distance, thus increasing the popularity of Woodlands Town Centre.

Mr Tiam Boon, 51, a long-time resident of Woodlands knows what the old days were like. “Although the place was strictly a bus interchange, it has also served a drop off point for mostly cars and Malaysian buses ferrying workers into Singapore. Although times have changed with the upgrades to cater to more people, I hope that small part of this place would still remain, because it’s part of Singapore history too,’’ he said.

Woodlands Secondary School student Sheryl Lee, 15, has mixed feelings about the redevelopment plans even though she hasn’t been there as long as some other residents.

“This place is now very quiet, but the feeling of homeliness is still here. I used to get school shoes a few years back as the shop owners here are extremely friendly,” she said. “But there is now Causeway Point with a lot more trendy shops there, most people like myself would want to buy apparels from more well-known brands.’’

The old and worn out brown mosaic-tiled buildings cramped with retail shops in the old Town Centre started to lose its shine around the 1990s. With the completion of the Woodlands Regional Centre complete with MRT tracks and underground bus interchange, business was slowly draining out of the old building.

As a result, it ceased operations in the mid-2000s and has been left vacant ever since. Mrs Cheong Ying Xin, 53, a part time worker at the hawker centre on the second floor of the building said the change has been painful to witness.

She said: “As you can see, many stalls are closed. Some of the hawkers are getting old, while others gave up when their leases are up. This is because the rental is getting expensive everywhere, so when the time comes we all have to say goodbye.’’

Manager Mr Abdul Bari, 61, has lived in this area most of his adult life. And he too is sad to see the old vibrancy drain out. “You know, in the past, like 20 to 30 years back, it was like Orchard Road, a lot of people hung out here. Very famous, the Shaw Brothers cinema,” he added.

“This was the place where I watched the movies with my best secondary mates, and had a lot of memories with families and friends. It’s still a bit hard to accept that they had to close the cinema and even give up the entire place.”