The School for Good and Evil: More Style and Less Substance 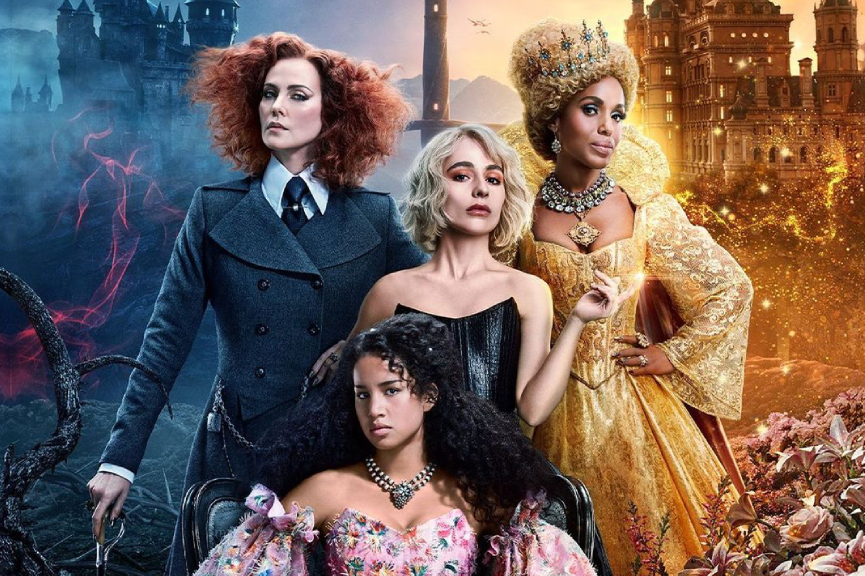 The School for Good and Evil's cast, which includes stars like Michelle Yeoh and Sophia Anne Caruso, is filled with familiar faces. (Photo: Instagram/Netflix)

A stunning, feel-good fantasy film that boasts an impressive cast and a feast of eye-catching visuals but falls short on delivering a story with depth and magic.

The School for Good and Evil's cast, which includes stars like Michelle Yeoh and Sophia Anne Caruso, is filled with familiar faces. (Photo: Instagram/Netflix)

Netflix has a tendency to take really good stories, turn them into live adaptations, and muck them up. And The School for Good and Evil is no exception to that.

The film, adapted from the first book in the series by Soman Chainani and directed by Paul Feig, follows the story of our two main protagonists — Sophie (Sophia Anne Caruso) and Agatha (Sofia Wylie).

In the world where the pair of friends live, fairy tales and legends come alive. Two children are abducted from a village named Gavaldon every few years and whisked away to a fabled institution where they learn to be either aspiring storybook heroes or villains.

Very quickly into the movie, Sophie and Agatha, our young readers — a label applied to those unfortunate to only be able to read about the amazing fairy tale adventures found in novels — find themselves kidnapped and are literally swept off their feet as they are transported to the enchanted school.

One would think that Sophie, as someone who yearned to escape from the boring life of the village, would be happy to arrive at the famed institution. Only that she wasn’t.

The problem was, our blonde, wannabe-princess Sophie wanted to be dropped off at the School for Good and instead, she landed in the gothic, fog-covered sea surrounding the School for Evil.

On the other hand, our handsomely dressed Agatha, who is frequently called a ‘witch’ in the film, lands in a bed of roses, seemingly having taken Sophie’s place at the School for Good.

Their adventure soon begins with Sophie trying desperately to prove to the schoolmaster that she is indeed a princess — albeit losing herself along the way to evil — while Agatha just wants to save Sophie and go back home.

TRYING TO DO IT ALL

With big shoes to fill after the success of well-loved movies such as Harry Potter and The Hunger Games, it’s no wonder The School for Good and Evil attempts to be a jack of all trades in an already oversaturated market of young adult fantasy films.

Throughout the movie, it tries to establish several themes — from subverting fairy tale tropes and stereotypes to portraying the concept of people being complex beings to the power of spellbinding friendship over love.

However, probably the biggest flaw that The School for Good and Evil faces is that they try to do too much in merely a two-and-a-half-hour movie.

As a result, the film feels rushed and in the process of trying to accomplish every major plot in the story, the filmmakers lost the true essence of what made the book great in the first place — worldbuilding, character development and magic.

The themes are often glossed over because as soon as they are introduced to the story, they are quickly resolved or are just left hanging in the air for people to guess their resolution.

The fast-paced film leaves even less room for character development, building on scenes that really don’t matter and giving heartwrenching, crucial scenes the touch-and-go treatment. As a result, most of the characters feel shallow and overlooked.

For instance, Agatha’s smiling class where she got an F was a greater deal than the movie gave credit for because, in the books, she struggled a lot with being insecure and that didn’t come across well in the film.

The worldbuilding also feels flat and hollow. The protagonists get thrown into this magical institution and viewers barely get to see the world beyond it — What other animals live in this world? Are there cities beyond this school? None of these questions get answered in this movie.

In addition, you would think that for an enchanted school, more uses of magic would be implemented in the film. But no, we get a couple of scenes showing us how Agatha is using her newly unlocked powers to help Sophie win her true love kiss and some cool yet horrifying use of blood magic here and there, but as a whole, the magic component was quite lacking.

Though the film has its faults, one can appreciate the aesthetics, diversity and blinding visuals that the movie offers  — though this doesn’t make up for the poor writing and development of the story.

As soon as the girls arrive at the famed establishment, we get to clearly see the stark difference between the schools’ aesthetics. From regal ballgowns to puffed-up hairdos, the set and costume designs for the School for Good looked like they came out of scenes from Bridgerton, a television series that navigates London’s high society against the backdrop of the Regency era.

On the other hand, the School for Evil had sets and costumes that were just as gloomy, and gothic-like as the personalities of the students residing there — looking similar to Netflix’s other show Sabrina and The Teenage Witch, only darker.

Brilliant and impressive use of CGI also made the fantasy world more magical — from a dragon tattoo imprinted onto a girl’s shoulder coming to life to horrifying but jaw-dropping use of blood magic. The School for Good and Evil also goes back and forth using modern and old soundtracks which is a royal treat as they support the story through different scenes.

All in all, like most live adaptations, they can either be a hit or a miss. In this case, it’s a miss for me and would probably have been much better as a television series.