Warcraft has lost its WoW 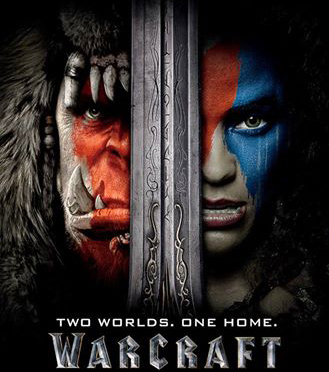 As a fan of the World of Warcraft gaming franchise, I am going to state upfront that the movie adaptation of the game has lost its ‘WOW’ factor. While the 100 million fans of Warcraft may have been looking forward to see their beloved game making it to the silver screen, to the people who haven’t played the game, it’s overhyped.

Warcraft: The Beginning, directed by Duncan Jones, known for his sci-fi flicks, is based on game lore prior to the events of Warcraft 3. An army of creatures called “Orcs” opens a magical portal to Azeroth, the human world, to invade it. Naturally, the humans fight back, resulting in the first Human-Orc war. Evident of the high anticipation from its fans, the film broke box office records upon its release, generating around US$156 million (S$211 million) in its opening week. This is despite the movie receiving largely negative reviews including 29% on Rotten Tomatoes and 32% on Metacritic.

The movie pitted the orc chieftain Durotan (Toby Kebbell) against human champion Anduin Lothar (Travis Fimmel) and their parallel challenges to find peace. This orc-human parallelism is also portrayed in their offspring between Go’el, Durotan’s baby son, who was born during the invasion and Callan, Lothar’s son, Callan, who sought to gain his father’s recognition on the battlefield.

Like the original video game, Warcraft boasted massive visual appeal. With over 2,000 visual effects shots coupled with 20 months of post-processing, every scene in the movie delivered the world of Azeroth in all its grandeur.

Besides the scenery, it is the details in the characters that sealed the deal in the graphics department. For one, the characters weren’t simply shaped from the same mould. Instead, every orc or human character wore something unique and had extensive fight choreography. Computer-generated imagery (CGI) also meant that the battle scenes – including the magical spells unleashed – looked so real.

However, not even magic could save the movie especially its draggy storyline. At times, I wished the cinema would offer a fast-forward option, especially during the initial stages of the invasion.

One thing about the movie is that it seems to cater to the fans, largely. So, people who do not play the Warcraft games would have a hard time understanding what’s going on, let alone know what the Kirin Tor is. This is made worse with so many primary characters joining the fray alongside the main characters Durotan and Lothar. They include half-human, half-orc Garona and wizards Medivh and Khadgar, who played pivotal roles in the movie too. In the process, the movie left many stones unturned and many questions unanswered. This conveniently paves the way for a sequel but on its own merit, this current movie leaves much to be desired.

In conclusion, Warcraft may be worth watching due to its stunning visual but nothing more than that.