You Should Watch This One 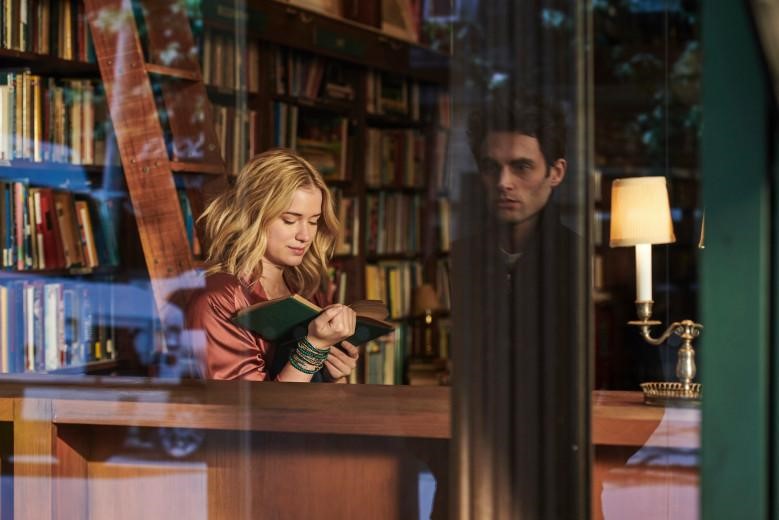 SOMEBODYS’ WATCHING ME: In You, the story of Prince Charming falling in love with the girl next door gets dark and twisted. (PHOTO: Lifetime)

Being a global trend on Twitter for the past two weeks, You is a psychological thriller series on Netflix that lives up to its online buzz.

SOMEBODYS’ WATCHING ME: In You, the story of Prince Charming falling in love with the girl next door gets dark and twisted. (PHOTO: Lifetime)

From excessive stalking to psychological manipulation, everything about the series You is a trap. However, the biggest trap of them all is the set up by show producers Greg Berlanti and Sera Gamble; I was hooked on this show like a fish online within the first few minutes.

You, which has just recently concluded its first season and has just started streaming on Netflix, hops between themes of highlighting the actions behind toxic masculinity and the dangers of social media culture with an emphasis on a lack of digital privacy.

The main idea that ties all 10 episodes together is to what part of the spectrum of “Love conquers all” is considered justifiable and not entirely harrowing.

You reels and imprisons viewers in the point-of-view of Joe Goldberg (Penn Badgley), a charming, chiselled-jaw bookstore manager with a “nice-guy” mentality who stalks the girl of his dreams, Guinevere Beck, an aspiring writer who prefers to go by her surname (Elizabeth Lail).

Throughout the whole series which was based on the book of the same name by Caroline Kepnes, Joe gradually spirals into insanity and became invasive. He has frequent hallucinations of his ex-girlfriend and is constantly scheming to eliminate threats and exert dominance onto his relationship with Beck, going to the extent of abusive control and murder, framing it as chivalric protection.

Making viewers spend a 10-episode season trapped inside the brain of a sociopath feels like a tall order. You does not let you escape “being” Joe in some ways, because it makes his point of view the only one. Viewers will only be following Joe’s perspective throughout the whole series, getting to know more of his desolate backstory through flashbacks and his inner thoughts.

In this case, viewers get to empathise with Joe and fully comprehend how he ended up being the twisted and insecure man he is in the present day. Any time a character shines a light on how deviant Joe is, viewers get to see another side to the story. Most of the time in such a scenario, Joe’s actions are often portrayed as a mere unfortunate mistake with good intentions.

You, reflecting the deranged stalker behaviour that is so often reported in the news today, portrays Joe as a troubled hopeless romantic, willing to go to lengths just in the name of love.

Which brings us to the main question: Does You condone, if not then promote, stalkerish behaviour?

Millie Bobby Brown, the lead actress in Netflix’s original hit series Stranger Things, took her opinions to social media where she expressed how romantic Joe is, calling him “not creepy”. Though the television series was produced to raise awareness of the perils behind stranger-danger, some viewers are actually supporting a sociopath.

Though I have my own quibbles like how teen girls would now be brainwashed with the idea of “love” being invasive and toxic, I found You frequently brilliant and highly addictive. Both Brown and I agree that You is an “absolute banger”. Renewed for a second season to be premiered on Netflix, You definitely has everything to make it as a modern, hit television series.