Coconut shakes: The next bubble tea? 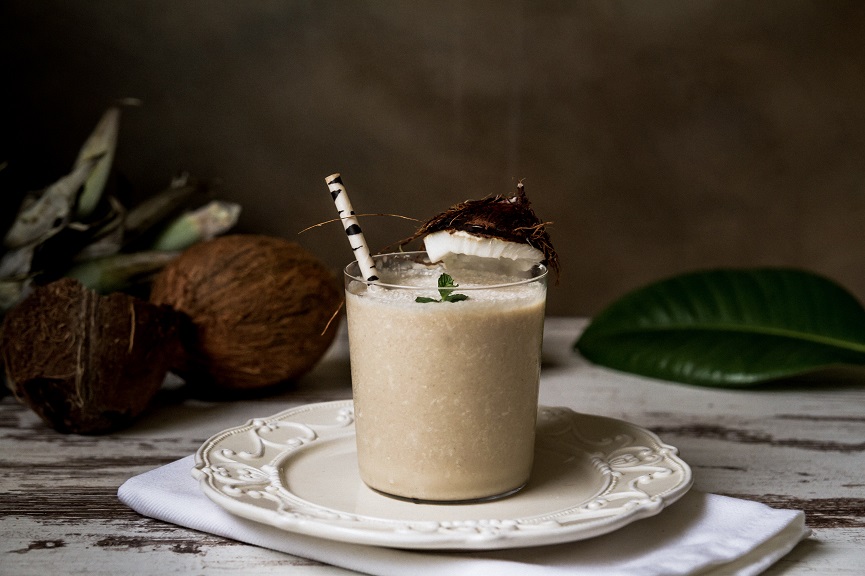 Coconut shakes have seen a surge in popularity in the past few months. (PHOTO: Alexander Mils via Unsplash)

Singaporeans are going coconuts over coconut shakes. Is it just hype?

Coconut shakes have seen a surge in popularity in the past few months. (PHOTO: Alexander Mils via Unsplash)

Singapore’s national pastime is queuing. It is no secret, and it is evident through the countless amounts of food or items that many of us have willingly stood in line for, even up to hours sometimes.

Some of these items have found their way to stay, with the likes of Mala Xiang Guo and bubble tea probably not leaving our kopitiams or Instagram stories soon, while others have faded in obscurity, making us wonder why we ever bothered queuing up for it in the first place (Hint: it starts with ‘Hello’ and rhymes with ‘Itty’).

As trends come and go, we see ourselves at the forefront of another trend in the form of a refreshing and creamier alternative to bubble tea: Coconut shakes.

Over the past few months in 2021, we have seen long snaking queues at stores selling coconut shakes, such as Mr Coconut and Cococane, as well as new brands popping up on the market, such as CocoBoss and Coconut and Fam. Based on Google Trends, from 2020 to 2021, there has been a 250 per cent increase in queries about coconut shakes in Singapore as of Nov 10, 2021.

“It’s the new bubble tea,” says executive assistant Joanne Choy, 26, who shared that she drinks coconut shakes one to twice a week. “I have always liked coconut, and when coconut shakes came about, I was definitely all for it.”

“I think in terms of the coconut [shake] trend, it is still the beginning, there is a lot of room to grow,” says Leo Tan, 34, co-founder of CocoBoss, who started his business earlier this year in February riding off the coattails of the trend. “We do sell a couple 100 cups per day, per outlet, and it has been ongoing – it’s something that has accelerated us to open six stores since we opened, and we are looking to open more stores this year.”

As coconut stores started to receive this high demand for coconut shakes, the drink also garnered attention online, along with people complaining about the long queues that they had to endure to get the drink.

“The longest was definitely 45 minutes, which I realised it is quite the norm,” recalls Nurul Huda, 21, an account executive, when asked about the longest amount of time that she has stood in line for a coconut shake.

This frustration soon presented itself in the form of a trending TikTok recipe – Do-It-Yourself (DIY) coconut shakes, where people who were tired of queuing for coconut shakes at stores started making their own shakes at home.

The Origins of the Coconut Shake

However, coconut shakes have been around for a long time, and surprisingly, Singapore is not the first country to experience this wave. In the Malaysian city of Malacca, locals and tourists both shared the same love for the milky goodness.

For instance, in Malacca, locals and tourists flocked to the famous stall, Klebang Original Coconut Shake, for its well-known drink. Soon after, coconut shake stalls started opening all over the country.

With the brand being recognised as one of the key players in the coconut shake trend, the founders of Mr Coconut started their business after a trip to Malacca. With the rise in the popularity of coconut shakes, stalls began to open all over Singapore.

In the trending TikTok recipe, a coconut shake consists of coconut water, vanilla ice cream and a handful of ice cubes. Some would add coconut flesh for that extra bite. This amounts to 500 calories for every 500 millilitres of coconut shakes. With such a simple recipe, it has allowed Singaporeans to create their coconut shake at home.

The perfect answer to Singapore’s weather?

What is so appealing about coconut shakes, you might ask?

In a survey where we polled 70 respondents, the most commonly cited reason for loving the drink was the refreshing taste of the drink, with many finding it the perfect drink to counter Singapore’s hot weather. Many also cited the sweet taste and texture of the coconut flesh as their reasons for liking the drink.

However, not everyone is a fan of the shakes, with non-fan respondents stating that they preferred other types of beverages over coconut shakes, their dislike for the taste of coconut shakes and that the beverage was overhyped.

Before talking about coconut shakes, we have to acknowledge one of its key ingredients – coconut water.

Coconut water is known for its health benefits, such as being rich in electrolytes like sodium, potassium and manganese, which helps with rehydration and the control of muscle contractions after an exercise.

However, when it comes to coconut shakes, it is a different story altogether. Coconut shakes are made up of coconut water, coconut flesh, and sometimes also include a scoop of either vanilla or coconut ice cream. There are also many variations of coconut shakes with a wide range of flavours, ranging from Caramel to Oreo to Gula Melaka.

According to the Singapore Heart Foundation, the added ice cream and coconut flesh can exceed your daily sugar intake from 45g to 55g, and the shake itself also contains a significant amount of saturated fat, in which overconsumption can cause unwanted weight gain and cardiovascular disease in the long run.

Many people we spoke to acknowledged that the shake, unlike coconut fruit and coconut water, can be unhealthy. It is possible that the misconception that it is a healthy drink could have arisen due to the health benefits of coconuts and coconut water.

Some have also pointed out that the rise of coconut shakes in Singapore came about during the government’s vaccination drive for the COVID-19 vaccine, with supermarkets reporting a spike in sales for coconut water, due to the perception that coconut water could help to alleviate the side effects of the vaccine such as fever or body aches. However, there has been no scientific evidence that either coconut shakes or coconut water can help to alleviate fever and body aches.

Ms Nurul shared that her parents stood in line to get their hands on coconut shakes after their vaccination: “It’s quite common knowledge among the older folks that coconuts, in general, can help to soothe lethargy, and I think after the vaccination, those [symptoms] are quite common.”

Looking at shops selling coconut shakes, as well as the cups that coconut shakes come in, many will point out its uncanny resemblance to bubble tea, with even some shops providing the option of adding toppings like tapioca pearls, just like the milk tea beverage.

However, would people be willing to have coconut shakes over bubble tea?

Another similarity both beverages have would be their iconic bits. With bubble tea, tapioca pearls or ‘boba’ would be the highlight of their drink. For coconut shakes, coconut flesh bits would be their ‘boba’, giving that extra chew.

With those similarities in mind, would that be enough reason to say that coconut shakes are the next bubble tea?

With bubble tea, there is a variety of flavours, from your standard base of tea to your refreshing fruit syrup bases. However, with coconut shakes, it could face difficulty in having that aspect because, without the coconut flavour, it would just be a regular shake.

Despite the overwhelming popularity of coconut shakes in the last few months, some Singaporeans are still not willing to give up their beloved bubble tea, citing reasons such as cheaper prices of bubble tea, the variety of flavours and the abundant access to bubble tea shops.

So, are coconut shakes the next bubble tea? Possibly.

When asked about whether he foresees the popularity of bubble tea being taken over by coconut shakes, Mr Tan had this to say: “I wouldn’t say coconut shakes will overtake bubble tea. Bubble tea has been there for the longest time and for a reason – I think nobody, or no drink, in my opinion, will be able to topple over the king of all drinks.”

However, Ms Choy believed that coconut shakes would be as popular as its contender.

“I feel like Singapore is a trendy, go-to place. It has shown in the past that even if something is very trendy at the moment, when the best next thing comes along, then it’s not as trendy anymore, ” said Ms Choy.

We have seen this in the long queues for Hello Kitty, salted egg yolk food items and now coconut shakes will enter this list. What does the future hold for this milky refreshing beverage? Could we eventually be seeing coconut shake pancakes or tarts or would there be a comeback of having it as a pizza?

Whatever the case is, only time will tell, if we eventually one day decided to abandon our strings of tapioca pearls in bubble tea, for the creamy, milky goodness that are coconut shakes.