Euphoria and its portrayal of teenagers and society 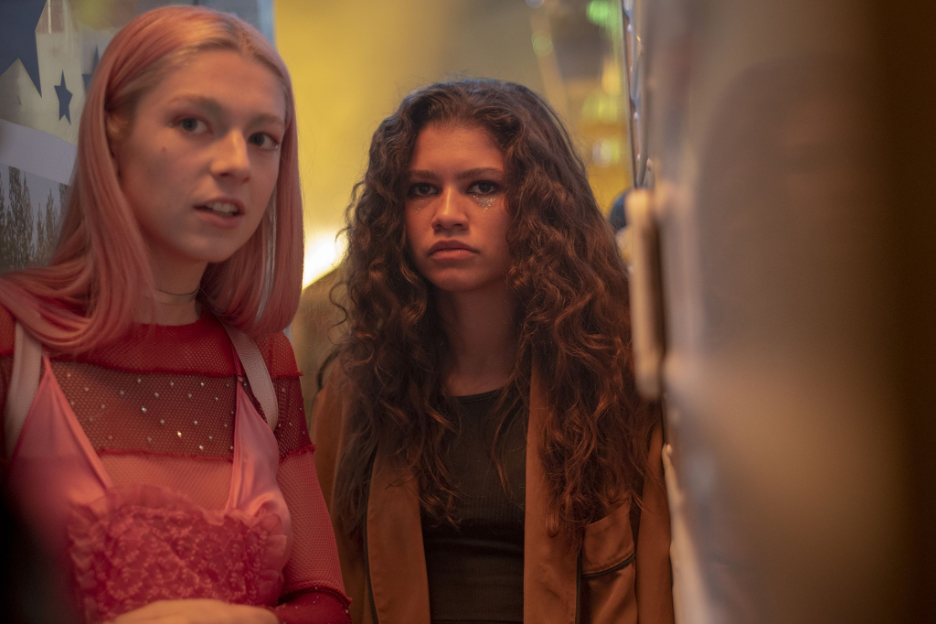 HBO’s teen drama that everyone has been talking about is finally here - and here’s what we have to say about it.

We already know HBO’s high school teen drama Euphoria will probably contain some form of explicit content at some point. But you might probably be wondering, what else has it got people to be so hyped up about? Everything about it just looks like those typical teenage drama shows, full of drugs, sex, alcohol, you name it. People might even watch it simply because their favourite, Zendaya, is featured in the show as one of the main characters. But, we reviewed Euphoria and noticed other than their unique storyline, they send out several big important messages to audiences.

Euphoria best captures many aspects of adolescence and teenage lives. It is far better than Netflix’s Thirteen Reasons Why, which talks about how a girl’s suicide affects her friends and the high school she studied in. Sure, both have similar concepts, talks of mental health, drugs, sex, basically the ‘teenage life’. But what’s different was that Thirteen Reasons Why romanticises suicide, even if their intention was not to. The series sends a dangerous message that affects vulnerable youths into thinking that seeking help for their health won’t be effective. Euphoria, on the other hand, showcases the realistic aspects of teenage lives. They portrayed how the use of drugs, conducting of sexual activities, etc., gives them satisfaction for a while, but would then lead to more troubles for the characters in the future. Don’t get me wrong, both shows are really good and entertaining, with both good messages to send to the audience, but the execution and representation of the teenage years is of a different story.

Euphoria starts off with the main character, Rue, played by everyone’s favourite, Zendaya. She was first introduced, and has been in rehab for the summer, after an accidental overdose of drugs. After a period of being clean, she then goes back to drugs, but with the precision of a professional this time. Her substance abuse started ever since she had a panic attack at school and was given liquid valium. She claims that it was ‘a feeling she has searched for her whole life’. After the passing of her father, Rue then started using drugs as a way to cope with the trauma and her fragile state of mind. Eventually, leading to her addiction.

This is one of the main representations of the use of drugs in people’s lives. Rue’s substance abuse and how it originated from represents that people don’t necessarily consume drugs just to ‘have fun’, but they do so as a way of coping. This is one of the many aspects of the show that accurately represents real life scenarios – how drugs are a form of coping for many complex reasons that an individual has to face. Along with emotional and psychological issues Rue has to face internally, she is also faced with stigma, shame and punishment by society from the use of drugs. This leads us, the audience, to question whether these are the best ways to help Rue with her addiction. This, on the other hand, is also an accurate portrayal of society’s response to drug addicts. Certain portrayals such as these help to raise awareness on the correct way to help those suffering.

SOCIAL MEDIA AND ITS EFFECTS ON TEENS

Other than the whole illegal aspects of the show, it accurately represents the current impact of what social media does to teens. And no, it’s not those cliche ‘social media is addictive’, or ‘the negative impacts of social media on youths’. It’s so much more than that that Euphoria manages to accurately capture and show to the audience.

In season 1 episode 3, one of the characters, Kat, discovers a video recording of her conducting sexual behaviours was filmed and uploaded online publicly without her consent or knowledge about it. Although it doesn’t show her face, everyone in the school believed it to be Kat herself. Thus, making her feel so humiliated and used. Despite it being filmed and spread around without her consent, she was even almost punished by the school principal for it, but fortunately, managed to find a way to avoid people from finding out it is actually her in that video.

Another character, Cassie, had her whole life ruined over the use of social media. Cassie’s ex-boyfriends recorded and filmed Cassie conducting sexual behaviours as well during the time of each relationships she had. The videos were then spread around and publicly posted online. This leads to all the boys in her school only seeing her as a ‘sex object’. Up until now, Cassie’s videos remained online publicly and she has to live with it, as well as the shame from society.

This act represents how people in this current society take advantage of social media sharing, and forget about the fact that what they view on social media are actual human beings, with emotions on their screen. In this generation, it is so common for the sharing of explicit content with no consent. Euphoria portrays how this can be used as an invasion of privacy and a weapon to break someone’s trust. Thus, affecting their mental health.

It is evident to viewers that Rue suffers from several mental health issues such as obsessive compulsive disorder (OCD), attention deficit disorder (ADD), generalized anxiety disorder, depression and a possible bipolar disorder. Although Euphoria doesn’t highlight these mental health issues much, they took an extra mile in certain episodes that help the audience be aware of these issues.

Depression, they took an extra mile into going into deeper explanation of what it really is, what it can look like on a person, and how it affects the individual. In Season 1 episode 7, the majority of the episode was centered around Rue’s mental state, and it accurately represents the trials and tribulations of suffering from mental health issues. Rue was into a depressive episode, where she can’t get out of bed, isolates herself from everyone around her, and can only watch a continuous episode of ‘Love Island’. Even a simple act of having to get up to pee was difficult for someone who suffers from depression, that Rue in turn suffered a kidney infection from not getting up to pee for who knows how long.

This episode shows what a depressed person’s mind goes through, and how simple acts of daily activities are too much for them. Rue getting a kidney infection from not peeing is to show how depression is not something that she can control – because well, if she could, she would have been able to get up and go pee. Avoiding the whole kidney infection. But this portrayal helps to show and raise awareness of how the act of laying in bed during a depression episode is not ‘being too lazy’, it is simply out of one’s control, especially when there’s a warzone going on in their heads. This is very common for many adults and parents to think their child is ‘so lazy’ and ‘unproductive’ because they are unable to get up from bed. Rue’s mother giving her the care Rue needed helps show how people can help those suffering.

Overall, I love the fact that Euphoria paints a realistic picture of what this current generation is like, and what each of us individuals have going on behind the different coping mechanisms we use. Other TV shows could often depict these issues and topics in a harmful light, or might even be seen as glamorizing or romanticising them, giving an unintentional hurtful message to audiences. Euphoria has set a good example to show that it is capable of emphatically portraying common issues this generation faces.