Humans of RP: The lecturer with a musical touch 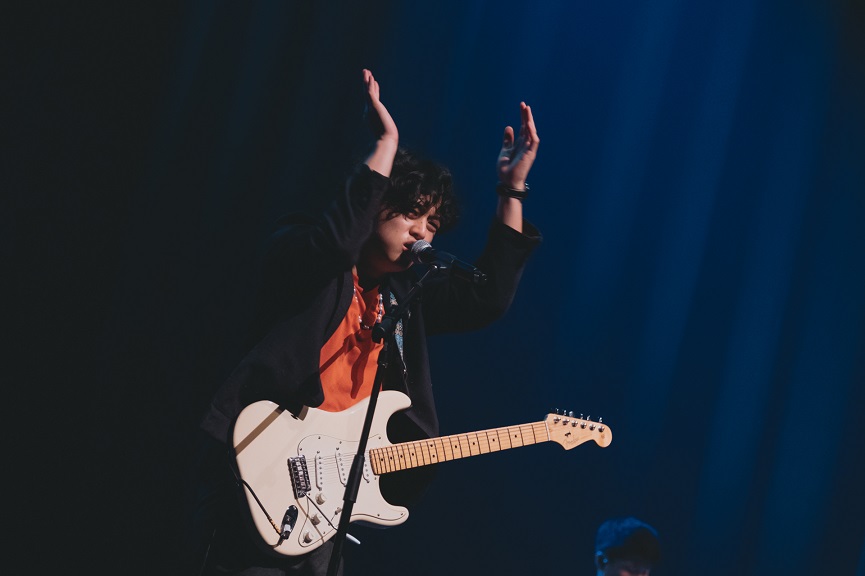 File photo of musician and School of Technology for the Arts (STA) lecturer Andrew Chen.

You might have seen him or heard him on CNA938 being interviewed for more than a million streams on Spotify for his album Slow Life. But there's much more to RP lecturer Andrew Chen's musical journey that we found out in our interview.

File photo of musician and School of Technology for the Arts (STA) lecturer Andrew Chen.

Often, we see lecturers in the classroom, during lunch, or simply exchange friendly greetings whenever we bump into them around campus. But in case you forgot – they also lead their own lives beyond school.

If you are a student from the School of Technology for the Arts (STA), there is a high chance you might have bumped into Mr Andrew Chen, one of many lecturers there.

Apart from his role as an educator, Andrew is also an accomplished music professional with a strong background in music production, songwriting, performing and audio engineering.

In June this year, he was featured on CNA938 for reaching more than a million streams for his album Slow Life on Spotify.

But his musical journey goes much deeper.

Andrew’s works span 13 years in both Singapore and Australia, with several contracts tied to major labels such as Universal Music Publishing Group and Warner Music.

Some of his compositions have also been featured on major brands like Citibank, McDonald’s, and Mediacorp.

A STROKE OF MUSICAL GENIUS

Andrew kickstarted his music career with his debut album titled “Mirror Work” – an ode to 70’s music. The album, which started on a strong footing, was well received by Warner Music who signed him on almost immediately.

Following the success of ‘Mirror Work’, the R&B/funk musician released ‘Who We R’, a nostalgic pop tune featuring a stellar cast of contributors such as Benjamin Kheng and Evanturetime.

From hit singles such as ‘When I Look Into Your Eyes’ to ‘Distant Memory’ – these tunes evoke a strong 60’s blues & folk vibe reminiscent of The Beatles.

In October 2020, Andrew co-wrote ‘Carnival’, a theme song for the popular League of Legends game. Later on in May 2021, Andrew was shortlisted and won an award at Taiwan’s prestigious Fresh Music Awards (FMA) – clinching last year’s Top 10 Albums of the Year.

From 2020 to 2021, Andrew released several tracks such as ‘Future Me + U’, ‘Givin’ It Up’, ‘Replay’ and ‘Eiffel Tower’ – all of which garnered coverage all over Southeast Asia, such as ST Life!, Swee Lee and Bandwagon Asia to name a few.

These newer tracks served as a refreshing and eclectic mash of electropop, soul, nu-disco and R&B.

While D’Angelo, Freddie Mercury, and Jeff Buckley continue to be his main vocal inspirations, Andrew also takes a more contemporary approach, drawing influences from artists such as DEON, Gentle Bones, and Daniel Caesar.

“Music is a big part of who I am. It is a big part of my livelihood, to be able to mentor and inspire the next generation of music technologists and audio professionals by walking the talk is really important, that’s why I do what I do,” Andrew quipped, when asked about what sparked his interests in the music industry, whilst nurturing future generations in RP.

In the classroom, Andrew strives to link his work as a musician to the modules he teaches, as well as to give valuable insights on growing industry trends.

Despite staying committed to a hectic schedule and juggling many non-academic duties, he makes the effort to plan his time.

“As a lecturer, CA weeks and ESE weeks are super hectic and on top of that we have a lot of non academic duties as well to commit to. So as long as we plan our time around the academic calendar. Then it is possible to undertake industry projects.”

When asked to describe the most rewarding part of being a musician, the first word that came to Andrew’s mind was “healing”.

“As a music content creator, I have the power to change the vibe in a room or through someone’s headphones, and as much as music is healing for me to make it, it is cathartic for me to create music. It is also important for me that the music I create can also be healing for the people listening to it,” he added.

Andrew does all this while being lecturer at Republic Polytechnic, sharing and guiding the next generation. So, the next time you happen to see him on campus, don’t forget to share how much you’ve enjoyed listening to his music!

And, if you haven’t done so, you can listen to his songs on major music platforms such as Spotify and YouTube.