Scaring back into our hearts 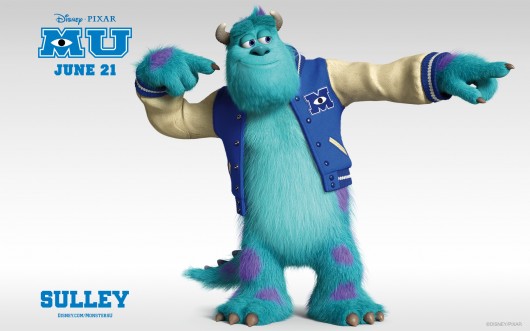 Pixar has been drawing flak lately, due to its yearly churning out of movies that has led many to say that the company is starting to compromise quality for quantity. With the dismal performance of its last two movies (Cars 2 and Brave, anyone?), Pixar fans began to fear that the company had lost its charm, which was ever so present in past classics such as Toy Story and Finding Nemo. Faith is to be restored however, with Monsters University, the prequel to Monsters Inc., reminding us of the Pixar of old – quirky yet heartwarming.

While the plot of Monsters Inc. focused on the friendship of top scarer Sully (voiced by John Goodman) and the unforgettable and adorable Boo (Mary Gibbs), Monsters University showcases the unique friendship between Sully and Mike Wazowski (Billy Crystal), regarded mostly as a sidekick in the first installment. The movie starts with little Mike, who, because of his stature, is often overlooked and unnoticed by everyone, especially his classmates. However, his life begins to change after going to Monsters Incorporated Scare factory where his class is given a scare tour. It leaves such an impact on little Mike, that he decides then and there that the extremely cool job of a scarer would be his career. Vowing to get himself into the prestigious scare program in Monsters University, Mike is clueless about him not being the slightest bit scary. Fast forward to teenage Mike as he begins his journey in university. Later, familiar characters from the first movie slowly come into the picture, making the audience understand how they become their later selves. An interesting twist is that Randy (Steve Buscemi), Mike and Sully’s enemy from the first movie, is Mike’s roommate in this installment.

The plot starts to unfold as a young Sully comes into the picture. Coming from a respected family and being a natural scarer, Sully expects himself to excel, even though he’s there to party and be popular. The contrast is apparent right from the start between young Mike and Sully with both of them developing a strong animosity towards each other. A major incident which costs both of them dearly then makes them realize that they actually need each other.

The movie brings the audience through a roller coaster of emotions and it’s hard not to feel a pang in your heart during certain scenes, no matter how old you are. Mike is portrayed as the underdog in every situation and I found myself fist pumping at the end when Mike finally manages to scare in a scare competition. Fans of the first movie wouldn’t be disappointed with this one, as the character development of the main leads Mike and Sully makes you understand and appreciate how they became who they were in Monsters Inc. Kids would be able to relate to the movie’s message of “if you work hard enough, dreams do come true” while adults would find the college life in the movie all too familiar.

Although the presence of Boo is missed, Monsters University manages to make the audience eventually forget about her and instead focus on Mike and Sully. Is this is the best movie Pixar has made? Not quite, but I believe that if a sequel is in the making, it might just trump the Toy Story series. The impressive CGI, coupled with its plot of raw friendships that appeals to all ages, puts this movie head and shoulders above many other Pixar offerings.