Perseverance and Effort Lead to Success 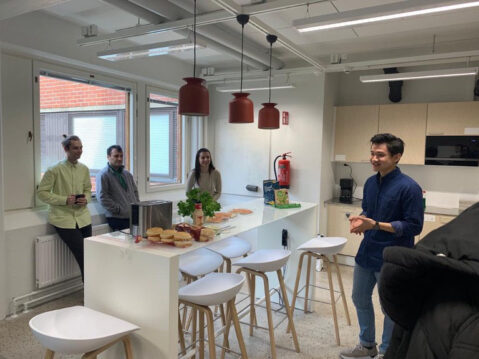 Siew Ting Fung attributed his GPA of 3.96 to RP’s education system and his perseverance.

Siew Ting Fung attributed his GPA of 3.96 to RP’s education system and his perseverance.

Siew Ting Fung’s journey to Republic Polytechnic (RP) was a harsh but rewarding one. His O-Level results left the 19-year-old with only one choice.

RP and he chose to pursue Sports and Leisure Management in the School of Sports, Health and Leisure (SHL).

When Ting Fung first entered RP, he was reserved and introverted. It is only through RP’s nature of its education system which requires active participation in teamwork that Ting Fung gained more confidence. “RP’s environment has groomed me to be more sociable. With the caring and warm-hearted facilitators, I was able to receive good guidance in school,” he said.

Due to Ting Fung’s hunger for knowledge, he further took up certificates such as the Diploma Plus in Business, Diploma Plus in Business Innovation and Entrepreneurship, Certificate in China Business Perspective Program and Certificate in Future Leaders Program in Digital and Technology Entrepreneurship. He also scored a place in the Global Entrepreneurial Internship Program with Deal Room, a start-up company in Finland. “Living abroad has taught me independence, and to balance time management, personal finance and individual well-being. I also got to meet people from other cultures,” he described.

Despite struggling with finances, his family continued to provide Ting Fung with their love and support so that he could do his utmost best in school. He received scholarships that sufficiently aided him through his studies. He would often stay up late working till exhaustion took over. Realising that mental health is just as important, he then decided to exercise regularly and to socialise more. He also had supportive facilitators and helpful peers to thank who helped him push through his journey.

Despite all the challenges he faced, Ting Fung graduated with a GPA of 3.96 which he felt owed largely to his perseverance and hard work. “One important lesson I learnt throughout my journey in RP is that when you feel like giving up, remind yourself why you started in the first place. Then as you get back up, put in extra effort. You only have so much more to gain and nothing to lose,” he concluded.