Teetering on the western edge of Hong Kong’s Lantau Island, Tai O fishing village is a  popular spot for visitors. A rustic town where inhabitants live in stilt houses, Tai O depends on tourism to survive as the sun sets on its once-thriving fishing industry. In September this year, a group of DMC students walked amongst the locals and tourists keen to discover a simpler way of life in the otherwise bustling metropolis of Hong Kong. 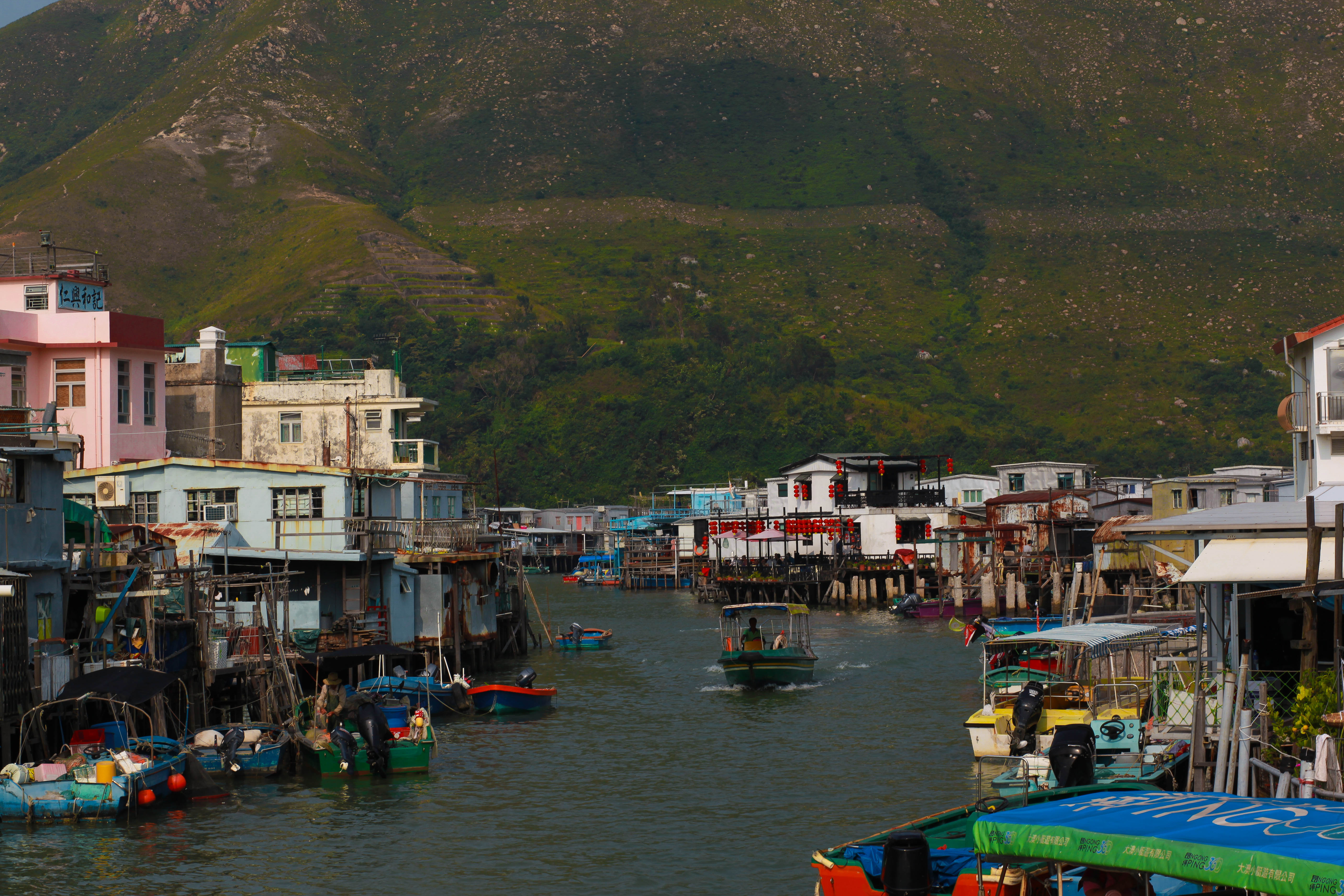 Located in the most western part of Hong Kong’s Lantau Island, away from the hustle and bustle of city life, Tai O Fishing Village is a unique town known for its fishing culture and stilt houses. (Photo: Haziq Ismail) 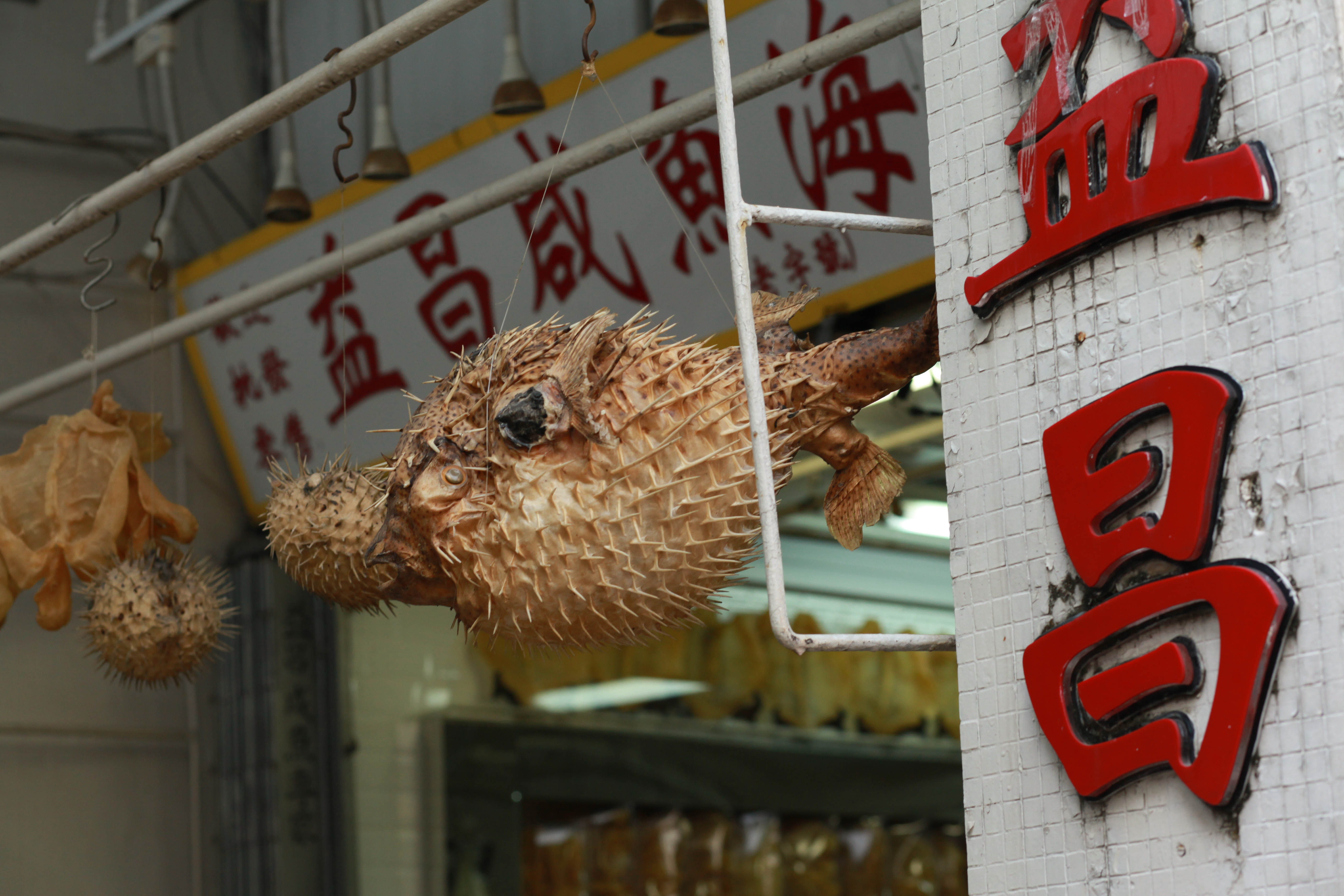 These puffer fishes are left to dry outside a shop in the streets of Tai O. (Photo: Haziq Ismail) 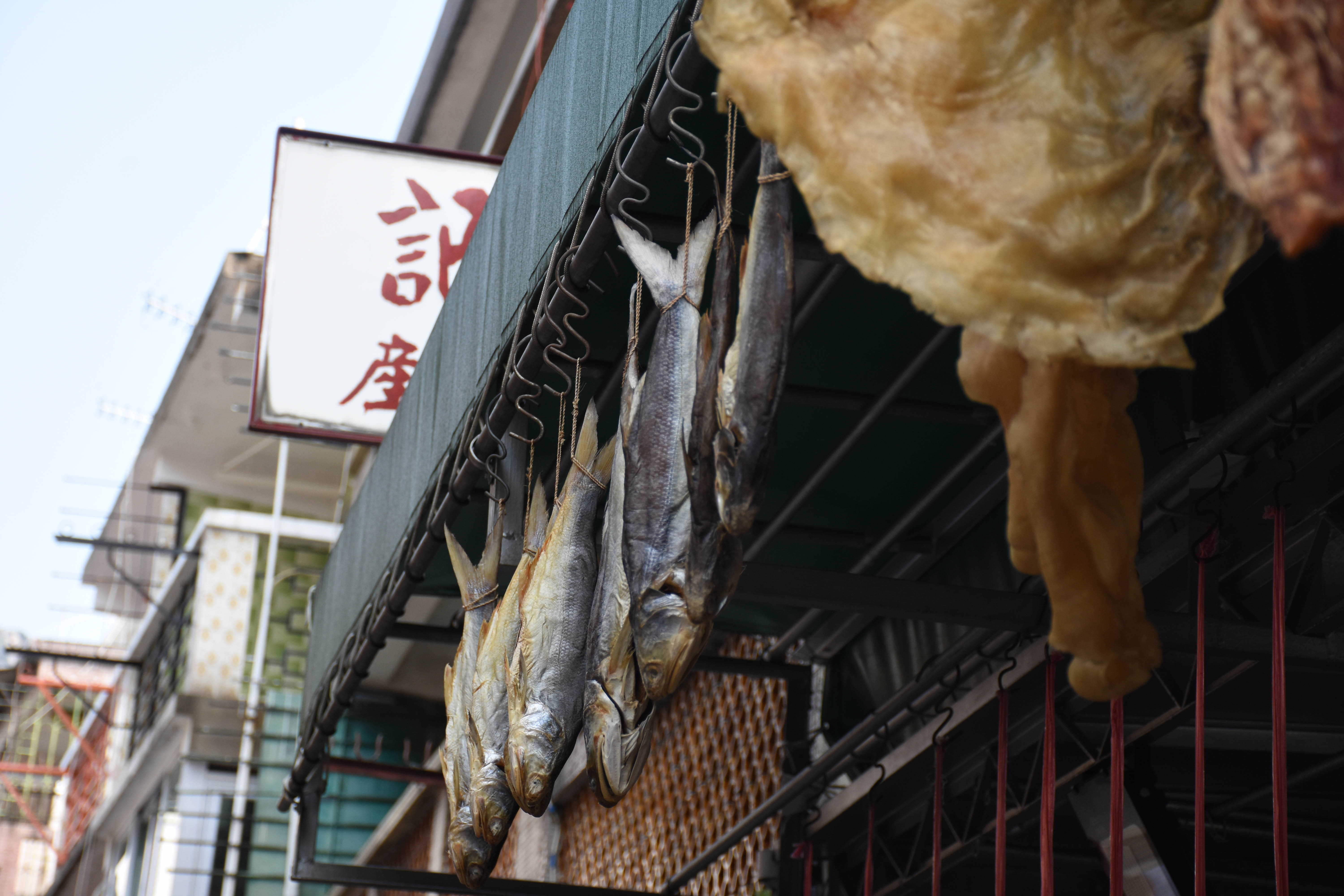 Tai O shop owners hang dried fishes and other seafood products to be sold. They are known to be delicious snacks not just for the locals, but for the tourists as well. (Photo: Adlina Adam) 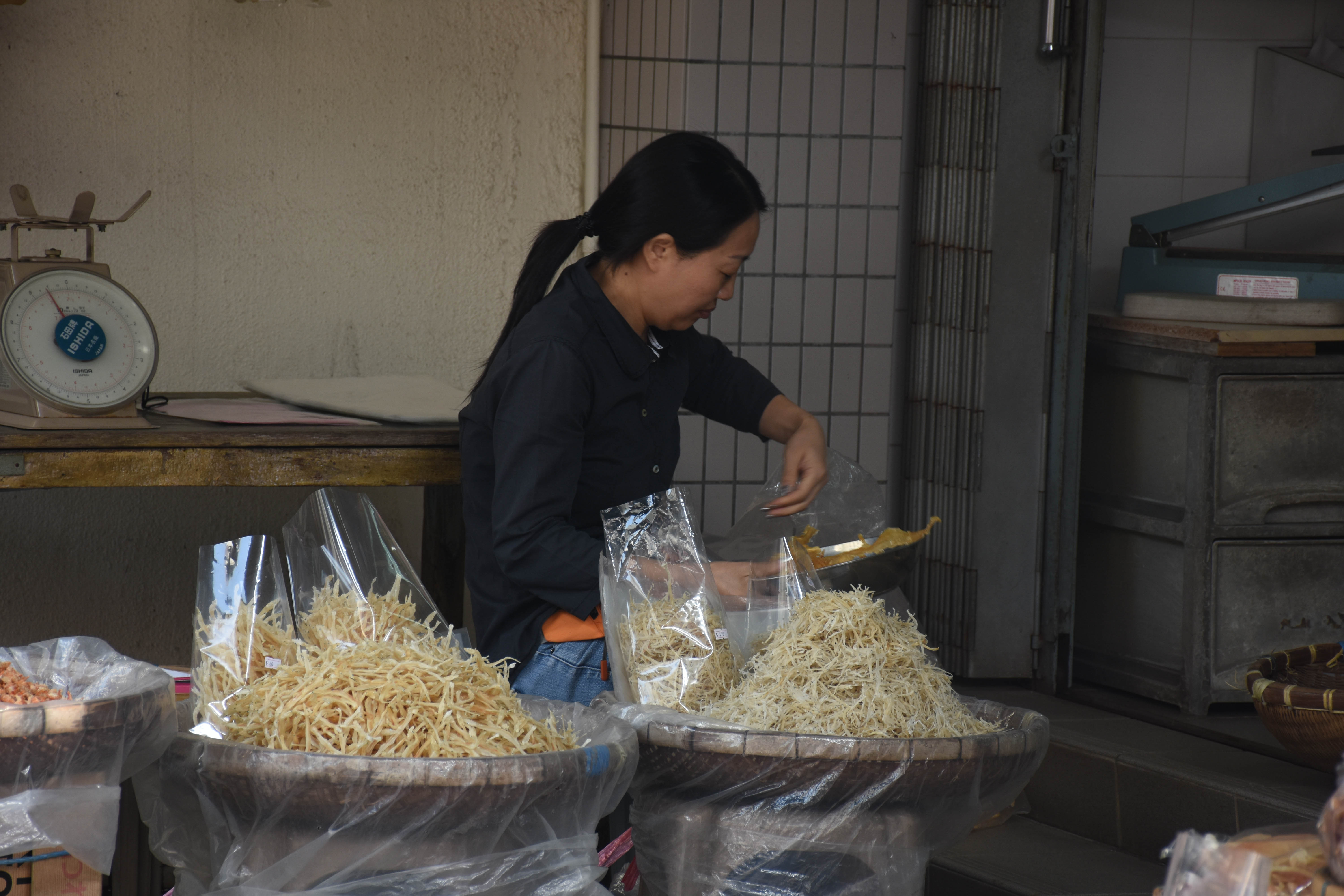 A shopkeeper measures dried fish to be sold to customers. (Photo: Adlina Adam) 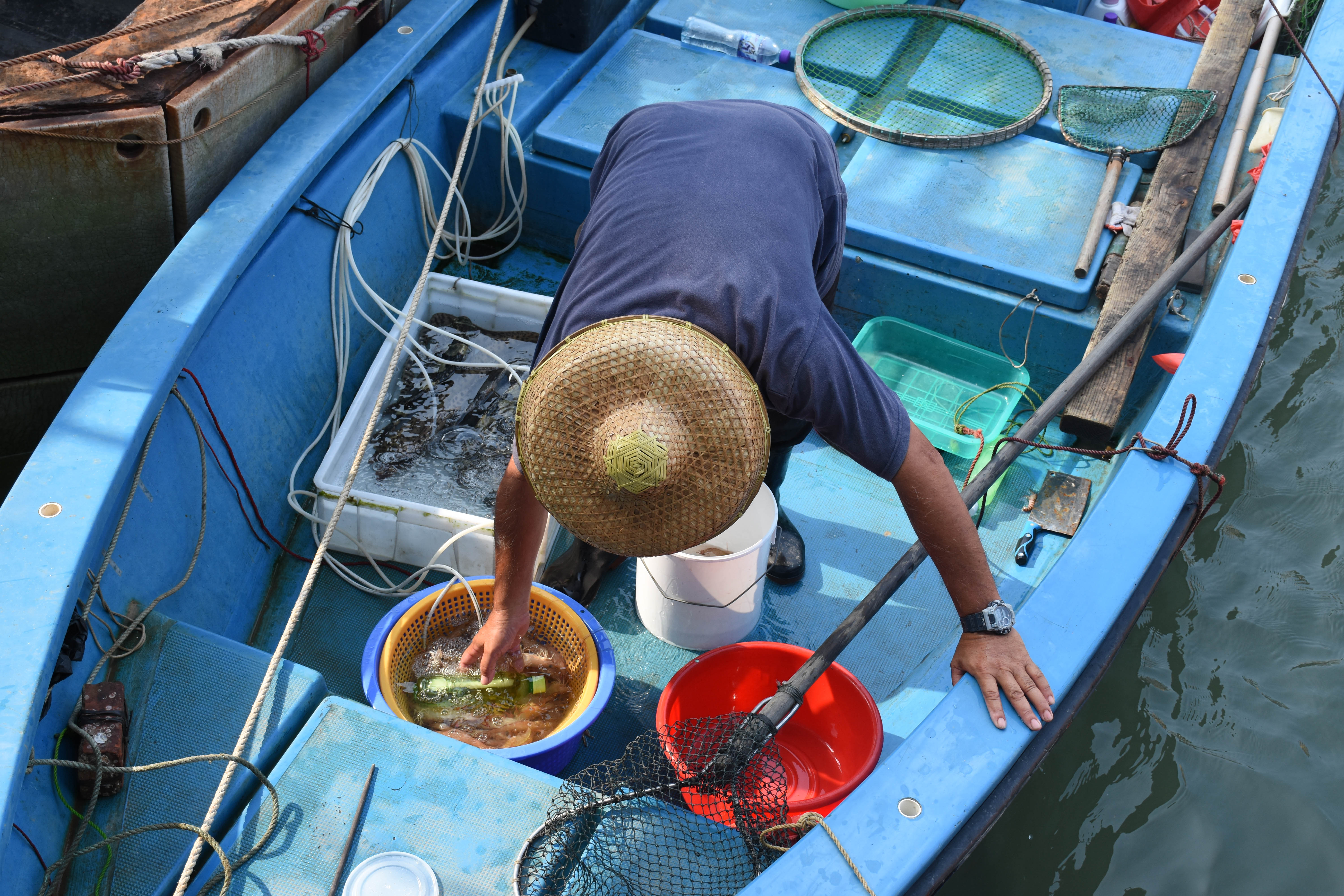 A fisherman rinses prawns after fishing them out from the sea. (Photo: Adlina Adam) 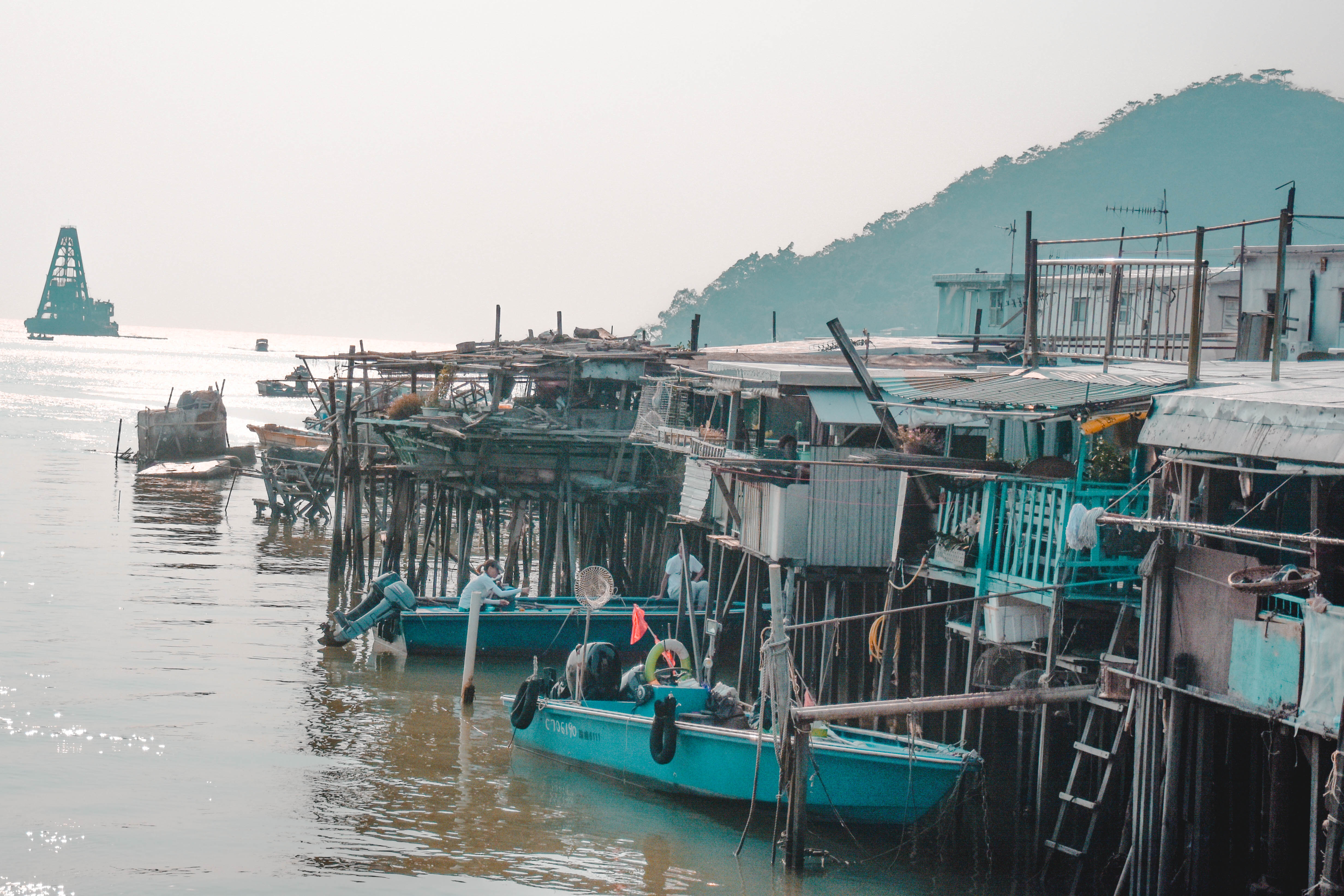 Tai O is famous for its stilt houses. This attracts tourists who pay to go on boat rides around the houses. The stilt houses, which were built back in the 18th century, were ideal due to the small water channels between Tai O and Lantau Island. (Photo: Adlina Adam) 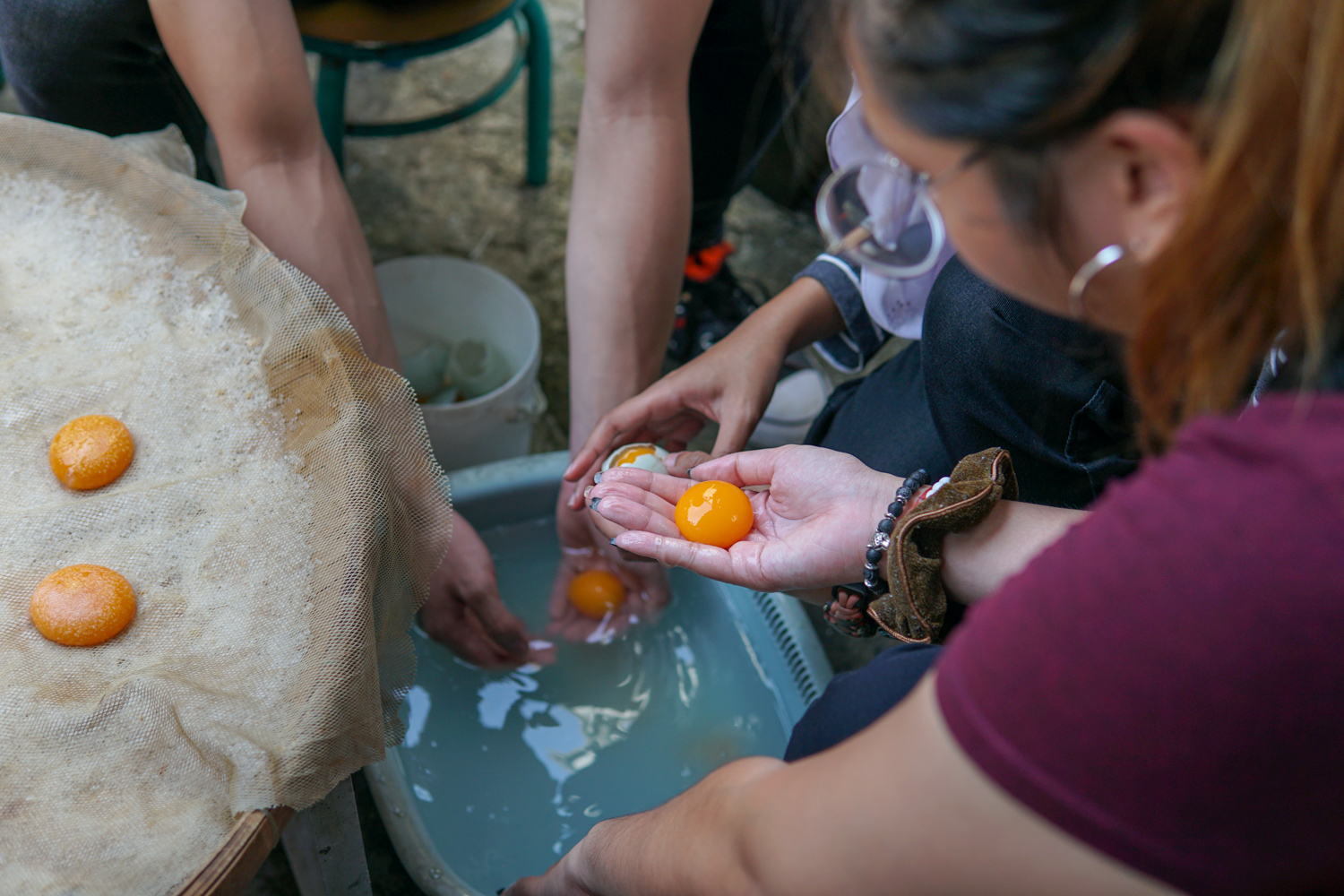 A laborious process, producing cured salted egg yolks first begins with removing egg white from yolk in a tub of water carefully by hand. DMC students tried their hand at this process after a demonstration. (Photo: Adriel Goh) 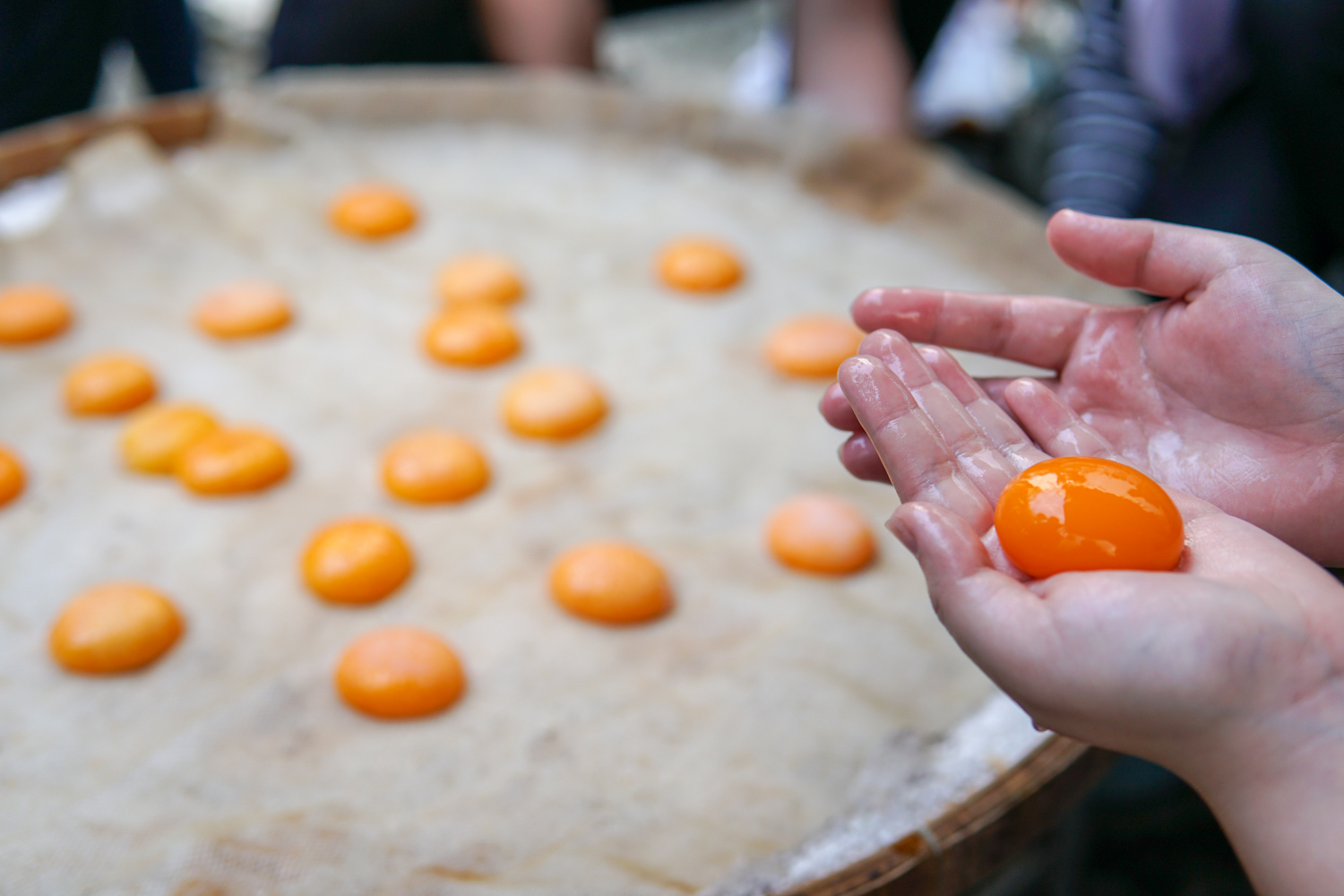 Cured salted egg yolks were almost never a thing. Initially, the yolks were thrown away while the egg whites were used extensively to strengthen fishing nets to prevent fraying during fishing.
After removing egg white from yolk, the yolk is left to sit on a bed of salt covered with cheesecloth. A final layer of salt is sprinkled onto the egg yolks to complete the curing process. (Photo: Adriel Goh) 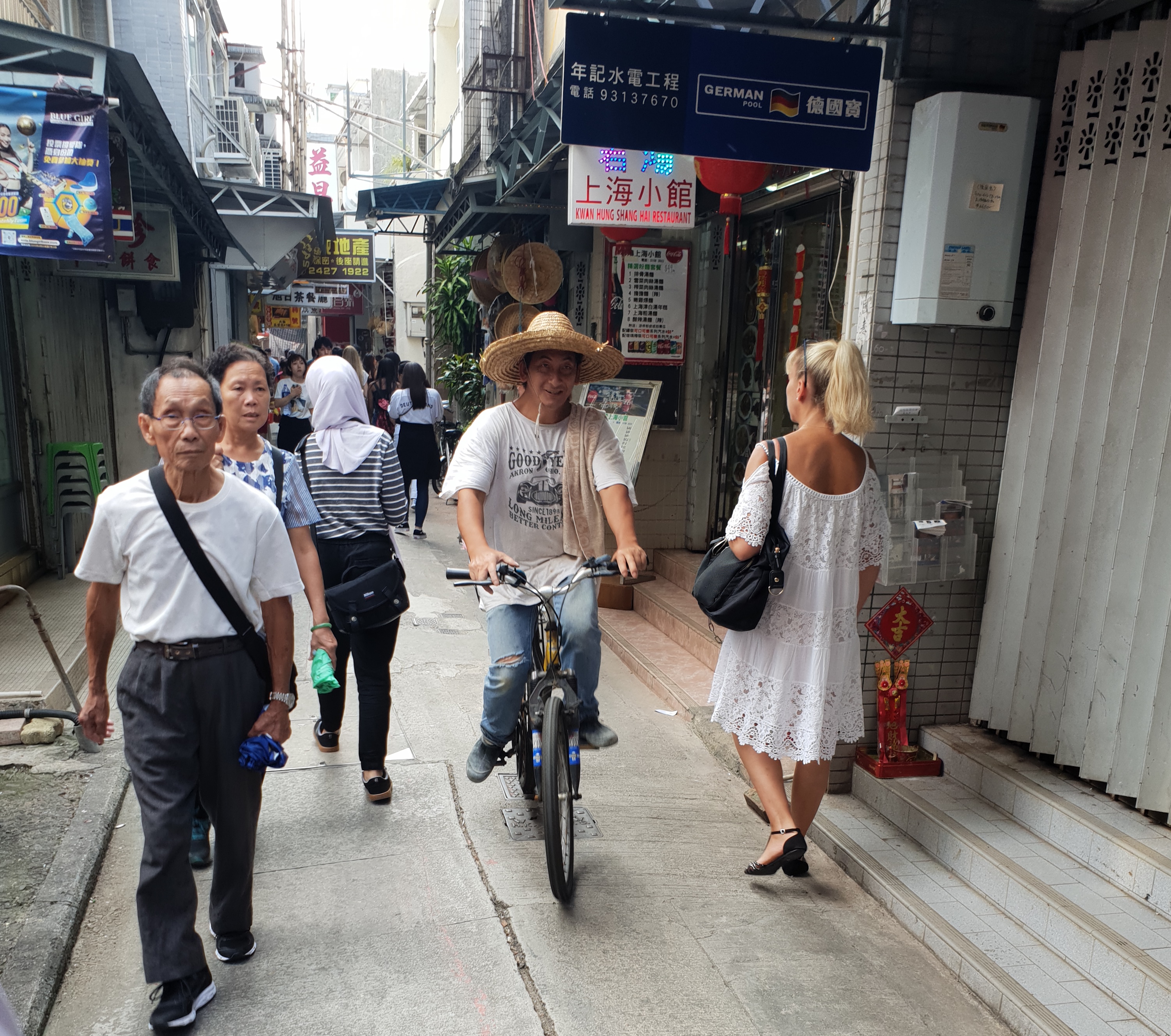 A common sight along the narrow streets of Tai O is cyclists, as bicycles are the main mode of transportation among the locals. (Photo: Shahida Ariff) 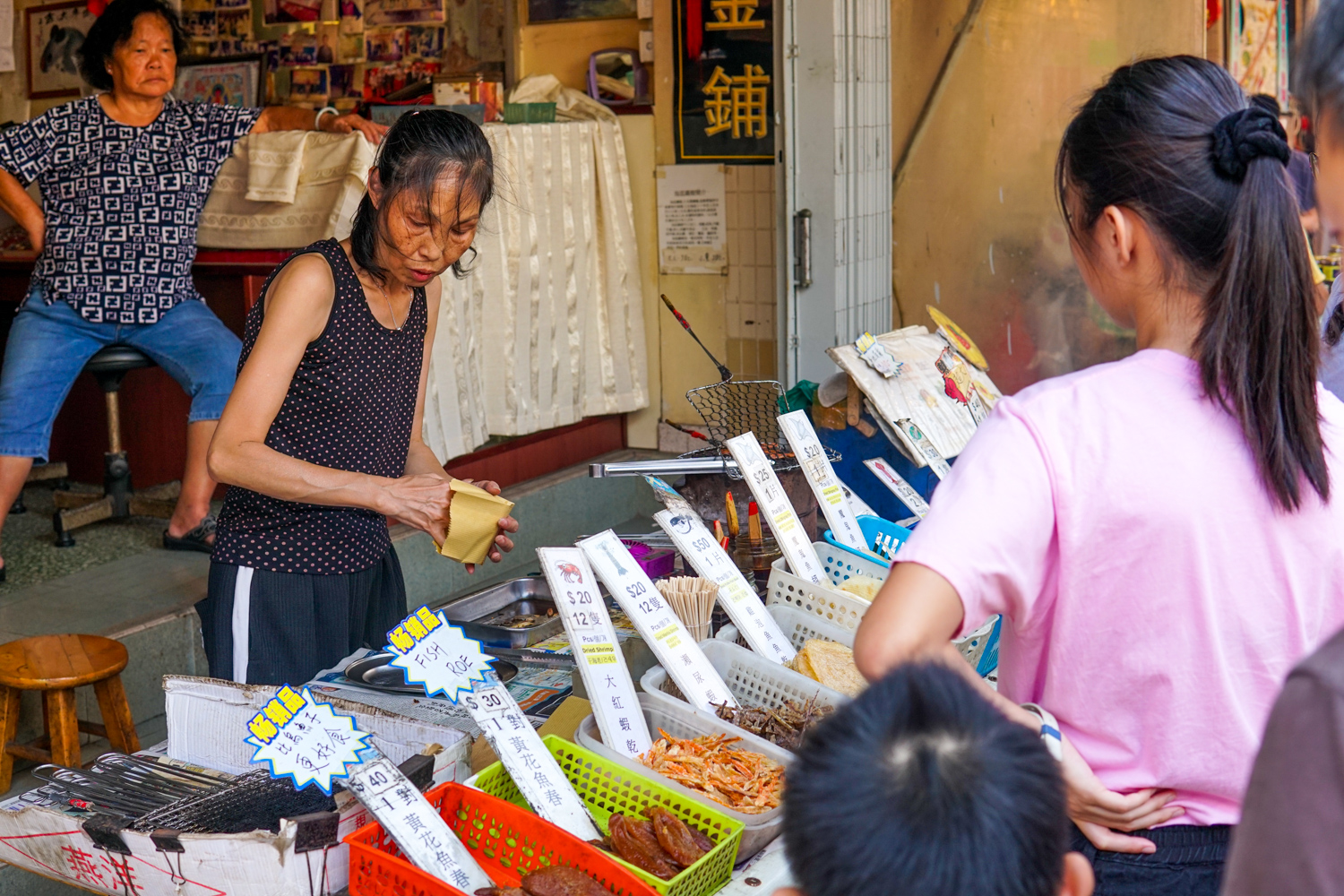 In the Tai O fishing village, dried seafood are delicacies widely sold and savoured by both its inhabitants and tourists alike. Other popular items include shrimp paste and XO sauce. (Photo: Adriel Goh) 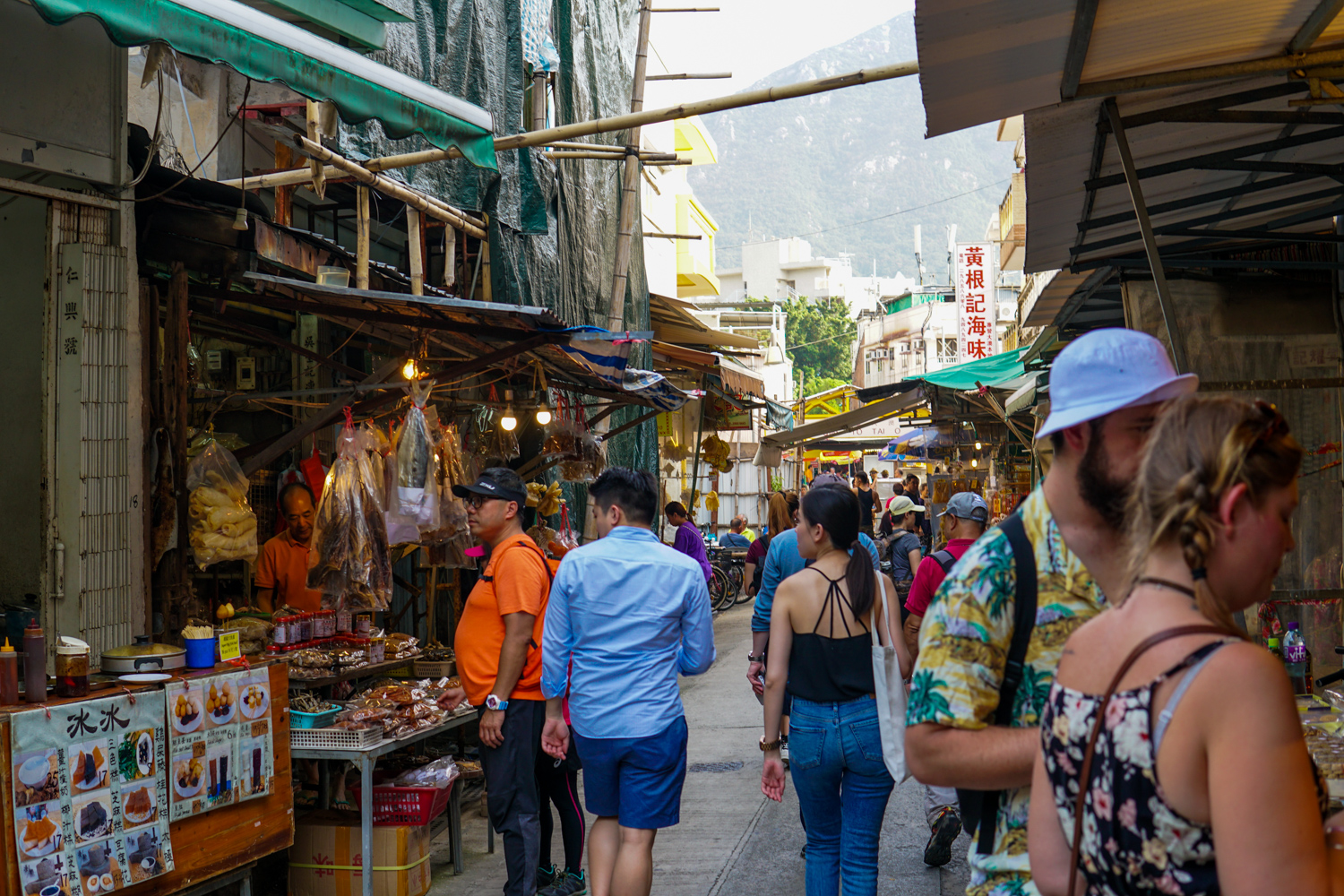 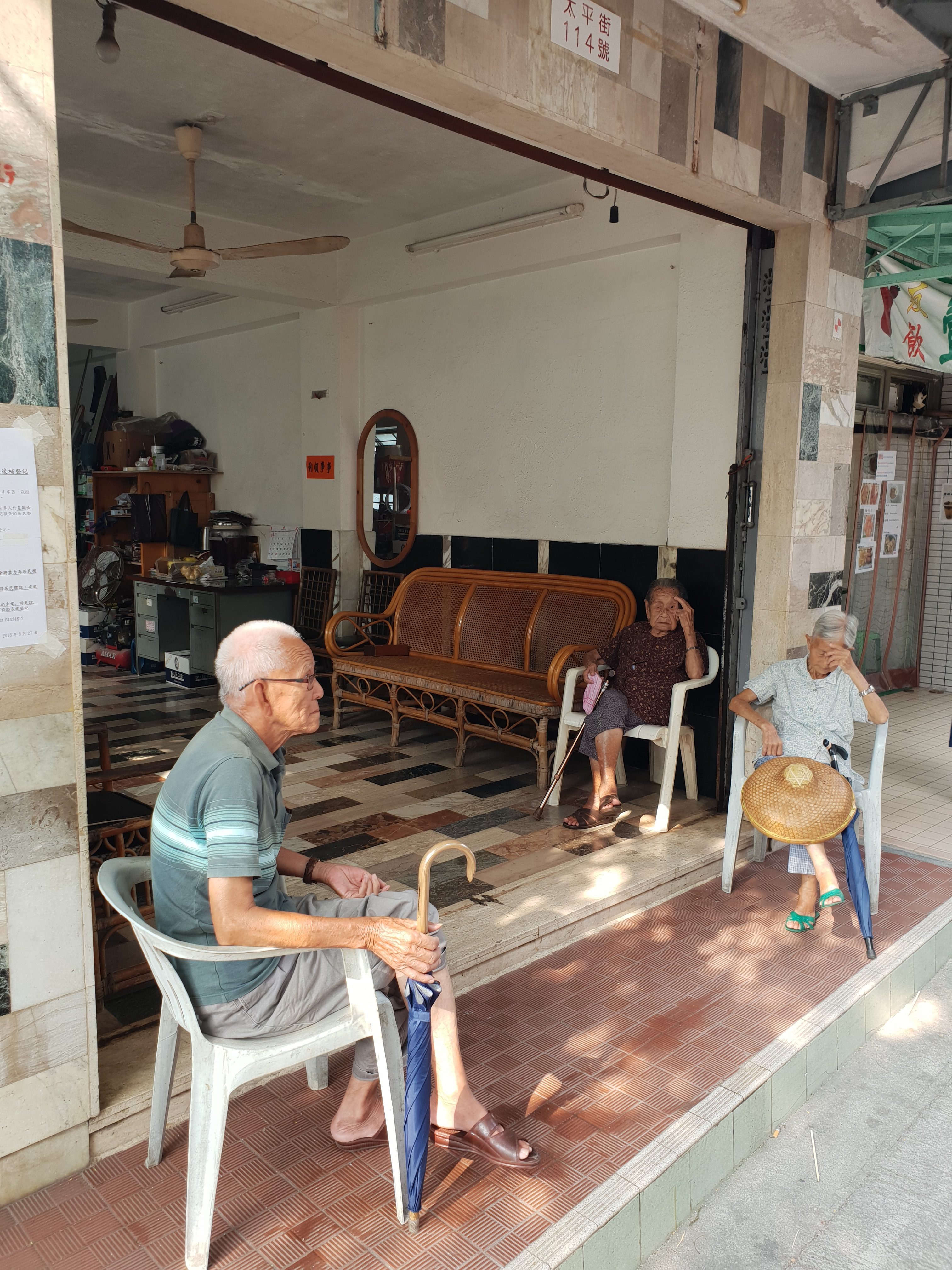 From a population that used to number more than 30,000, now about 2,000 people inhabit the village. Elderly citizens make up a third of this population, as many of the younger residents have moved to the city. (Photo: Shahida Ariff)

View the video of the trip to Tai O here: https://youtu.be/QuqPzbqtBks 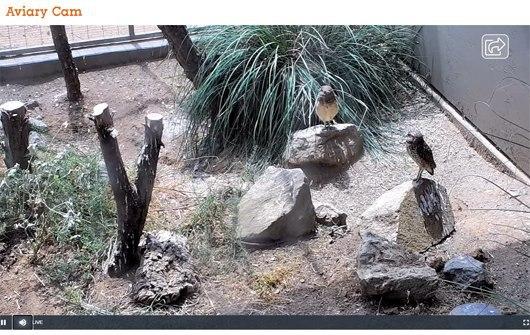 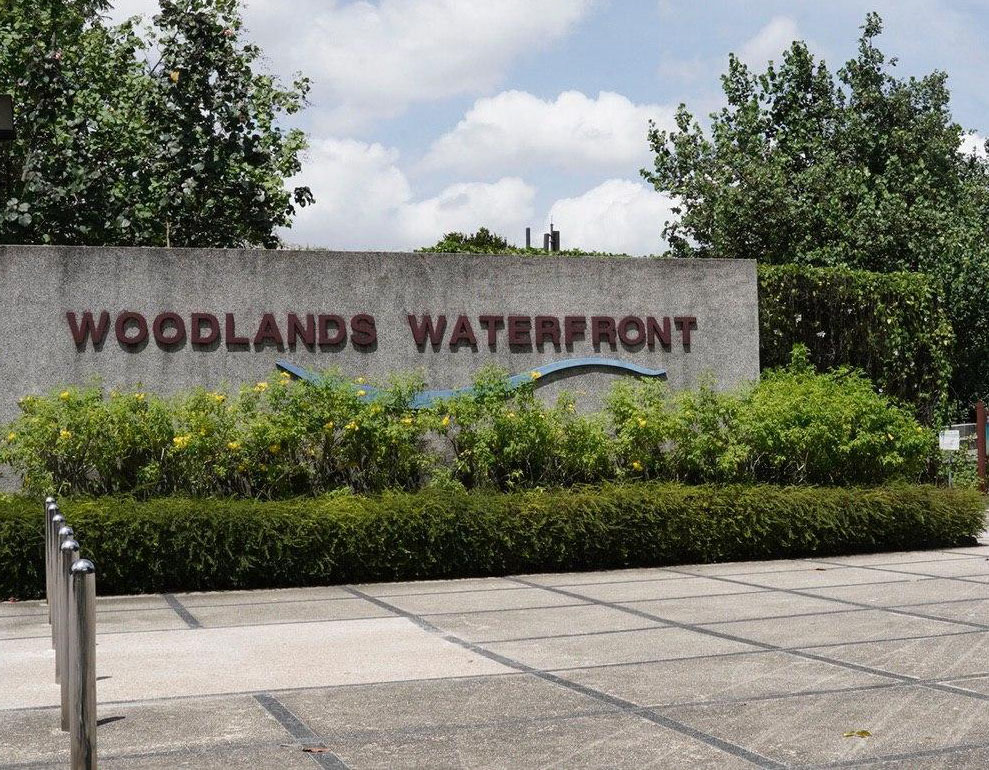 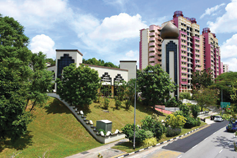 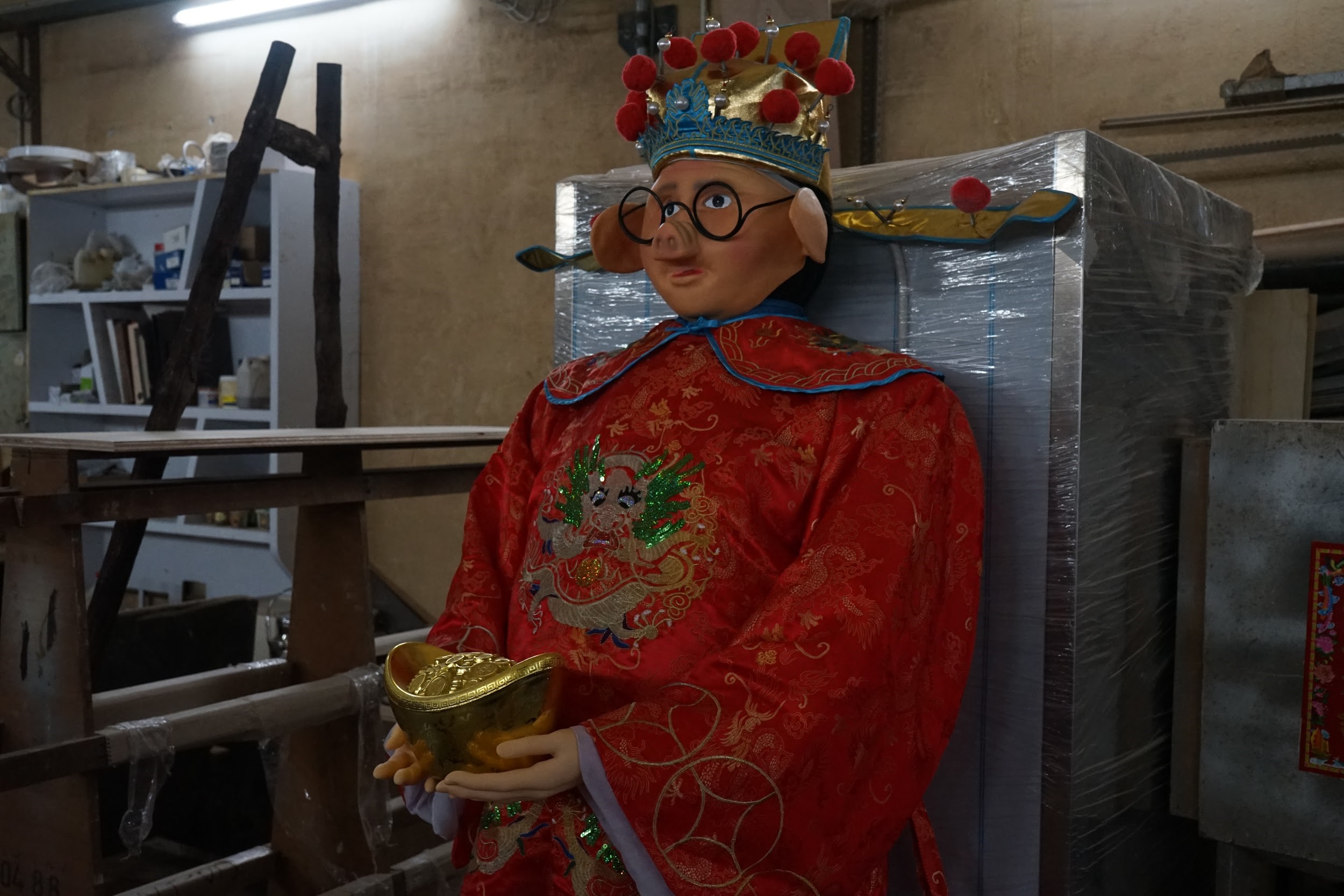 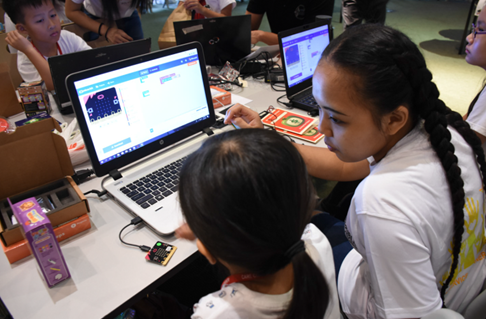 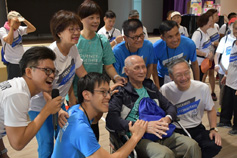