When winning a singing competition means “everything” for Salif Hardie 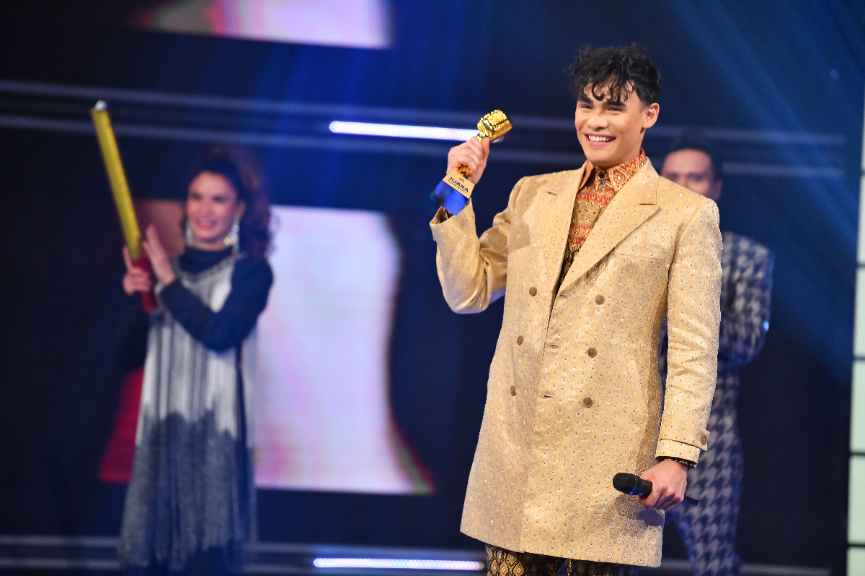 It all started when Salif Hardie was invited to be one of the contestants on Suria TV’s Berani Nyanyi. To him, it was a “no brainer” to join, especially when Najip Ali, a well-known Singaporean entertainer, was behind the production of the show. Najip has been in the media industry for more than a decade and is seen as a senior as well as an inspiration for many, including Salif.

When asked about Salif’s inspiration throughout the show, he shared how Najip’s speech, during the first rehearsal, inspired him to give his everything from the start to the end. Najip told the contestants that their main focus in the show was to “have as much fun as you can” and to Salif, hearing that was “enough for me”.

Salif also shared that he was very honoured to be invited as one of the contestants for Berani Nyanyi. “As an artist and a working actor in Singapore, it is nice to feel like you are making progress and you are seen,” Salif added.

One of his struggles throughout the show was picking the right song to perform. When Salif was younger, he shared that he was an “outcast” as he did not have many Malay friends until he started playing football at 15. But because of that, he felt that his arsenal of Malay songs was “not very good”. In fact, the first song he performed — Dinda, was a suggestion from one of his friends, which scored him a spot in the next few shows. It was the “perfect song” for Salif as it was something casual and laid back, nothing too serious.

A personal challenge that he had was juggling between shootings for Suria TV show “S.P.Y” and the competition. He did not have much time to rehearse due to his fully packed schedule at that point.

However, his abundance of experience performing helped him throughout the show.

“I used to do a lot of theatre and it was all about getting it right on the go and recognising quickly what is right and wrong,” shared Salif.

While making ends meet, Salif said he is grateful for his mother who is supportive and always encouraging him to follow his dreams. The genuine connection and relationship between mother and son have indeed helped to “reset and recharge his soul” which he felt was crucial for an artist.

Over the years, Salif has auditioned for various roles for Channel 5 such as Tanglin and he landed the role as Doctor Ashraff in the show Kin which had just ended recently. It is from these experiences that he learned quickly from the directors and crew.

In fact, that was how he was cast in Channel 5’s new drama Sunny Side Up as Hafiq, a sports enthusiast.

“I work with every director as the story progresses and it is really a collaborative process,” added Salif. Sunny Side Up is Salif’s first big project and said he felt blessed to be able to grow and see his character blossom alongside working with people he was familiar with from his previous show, Kin.

Working as an artist in Singapore may not be as rosy as most people think. Despite working professionally for five years, Salif shared that it is only with Sunny Side Up that he was able to start saving up.

“For most of my working life I have been living from paycheck to paycheck but this is my everything — this is the only thing that really makes me happy,” said Salif.

He advised that if anyone wishes to work in the media or entertainment industry, they should “follow their heart” and figure out whether the particular industry is really what they wish for because it will only get worse before it gets better.

“When your heart is in the right place, the money will come,” Salif assured.