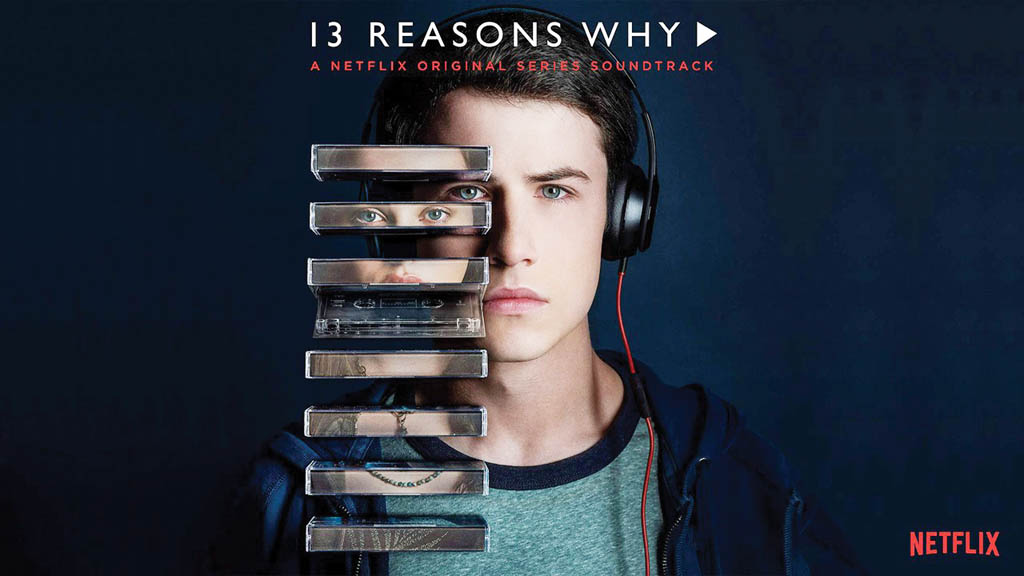 Check your Instagram or Twitter feed and you are sure to see a post about the newest Netflix hit, 13 Reasons Why. Released on March 31, the show has now garnered over 11 million mentions on Twitter. It is a story about a teenager Hannah Baker who killed herself and left proof by way of 13 tapes that reveal the reasons why she did it. These tapes reveal bullying, sexual abuse and depression.

We outline 13 reasons why this show is trending:

The way 13 Reasons Why is structured is clever. Each episode feeds you a little bit of the story, but only just enough. To find out more, you will have to keep watching. To solve the mystery of why Hannah ended her life, you will want to watch it all.

Selena Gomez, the popular singer-actress was an executive producer for the show. To support Selena, many of Gomez’s young fans flocked to the show the day it was released.

The actors do remarkably well, especially Australian newbie Katherine Langford who plays Hannah. Most people, especially teens, who watched the show, say they enjoyed the acting.

Host of the Ellen show, Ellen DeGeneres, lauded the show, saying that it was “resonating” with its target audience. She went on to praise the series, saying that majority who watched the show have “experienced that type of abuse”. DeGeneres then went on to add that the cast and the show were doing parents a “service”, by helping them and their kids understand difficult topics such as bullying.

The characters are mostly in high school – a big demographic for the creators. Some counsellors say that the show is not advisable for those under 16 but kids as young as 12 are watching it – alarming teachers and parents who say that they are too young to understand the serious issues raised.

With heavy themes such as suicide, bullying and sexual assault, it goes without saying that the show opens conversations with its audience. Suicide and sexual assault are important topics that are usually considered taboo. 16-year-old Hui Qing said: “To me, I feel like it’s because the show talks about topics such as bullying and suicide which is a very taboo subject to talk about in this society. Which naturally opens up a space for people to talk about it. And because how the show doesn’t sugar coat the subject.”

For all the good points and conversations the show starts, it does bring some concern. Celebrity Shannon Purser, who played “Barb” in another Netflix hit, Stranger Things, weighed in on the show with her concerns. Purser tweeted that she hoped those who planned to watch the show watch it safely, and “not unwittingly watch something that could affect you (them) in a negative way emotionally.”

Dealing with such heavy topics will bring about some controversy. Concerned parents and mental health professionals worry that vulnerable teens will choose to follow in Hannah’s footsteps. The Guardian reported that in New Zealand, the show is now banned from under 18 year olds. In Singapore, it currently holds an M18 rating but Netflix is a streaming service, making it easy for it to be watched without parental guidance.

Perhaps the most controversial thing about the series is Hannah’s graphic suicide scene at the end. Many worry that teens would replicate Hannah’s suicide, or worse, see suicide as a revenge fantasy. Others said that the show is doing the opposite of what it intended to do- glamorise suicide. The concern was so great that schools in Singapore have sat their students down to talk about the show. The New Paper also reported that schools were issuing emails to parents to warn them about the show.

Due to its obvious link to suicide, the series has now been associated with an online game known as the “Blue Whale Game.” This game supposedly ends with an eerie challenge- winning by suicide. The game also comprises of victims harming themselves and taking photographic proof. The New Paper reported that this game has prompted MOE to issue advisories to warn parents.

Where does the character of Clay fit into all of this? How did he hurt Hannah? How did he contribute? Which tape is he on? The mystery is sure to keep viewers glued and parents unable to tear their teens away.

13. The coming of season two

Lastly, the recent announcement of a second season has piqued fans and casual viewers of the show alike. How will the story continue? How will Hannah be involved? What will happen to Clay? Most are looking forward to finding unanswered questions to the series in the second season.

All 13 episodes are currently available for streaming on Netflix.

If you are struggling, here are several ways you can get help: