Worship places of different religions co-exist together in the Yishun/Sembawang neighbourhood. Some temples even cater to two different religions under the same roof. They are a true testament to Singapore’s cultural melting pot, something that marks the nation’s uniqueness. 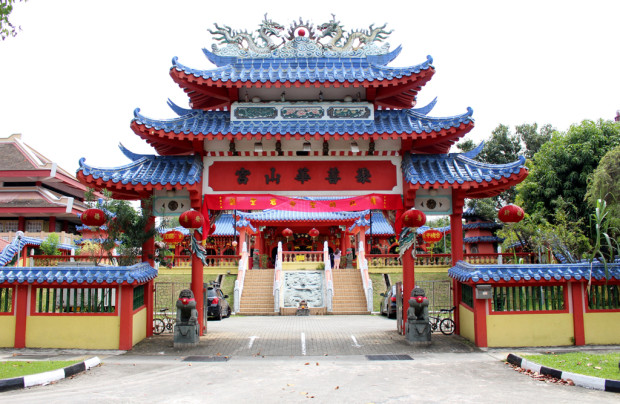 BLUE IS BLISS: Wah Sua Keng Temple was built over 80 years ago to mediate conflicts between the settling Chinese migrants. It still serves as a popular worship destination for Taoists today. (Photo: Emmanuel Phua) 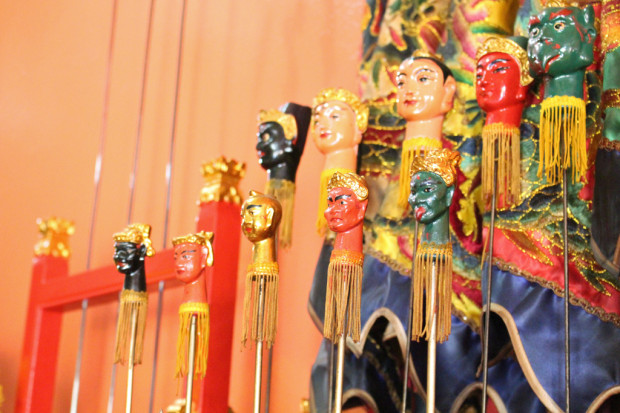 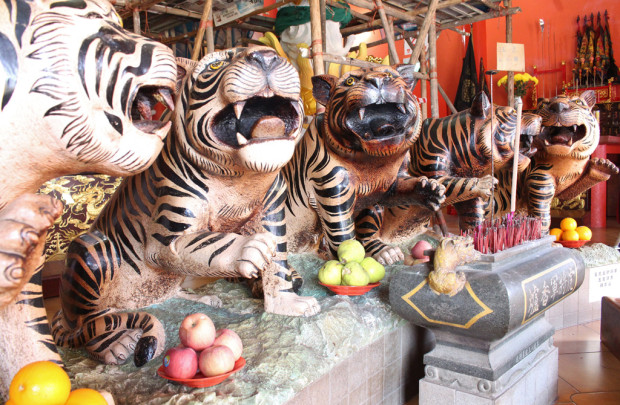 GUARDIAN ANGELS: Like the Five Tigers, Taoists worship these five deities for protection against backstabbers getting in the way of good fortune. An incense stick must be offered to each deity as a form of respect. (Photo: Emmanuel Phua) 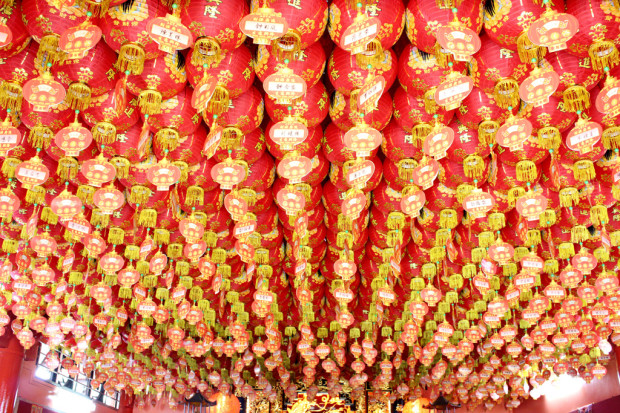 SEA OF LANTERNS: Red lanterns hang on the ceiling of the temple. Each of them contains donations from worshippers praying for prosperity. (Photo: Emmanuel Phua)

MORE THAN MEETS THE EYE: Also located in Yishun is yet another seemingly regular Chinese temple. However, Hock Huat Keng temple also has Hindu deities under its very roofs. (Photo: Emmanuel Phua) 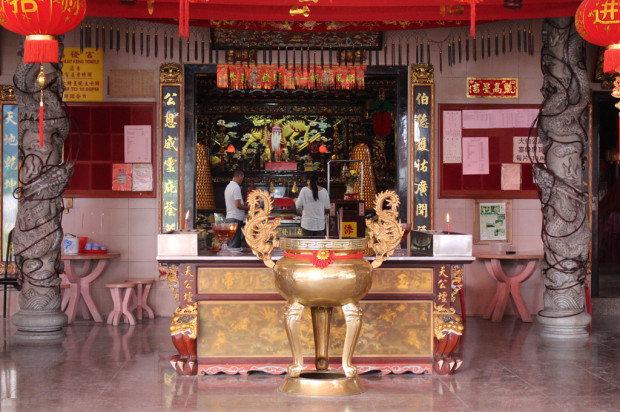 PAYING THEIR RESPECTS: Visitors at Hock Huat Keng Temple light joss sticks to pray to the Taoist God of Wealth, known to the Chinese as Tua Pek Kong. The God of Wealth is among the most worshipped deities in Singapore and is also said to be the guardian of chinese migrants. (Photo: Emmanuel Phua) 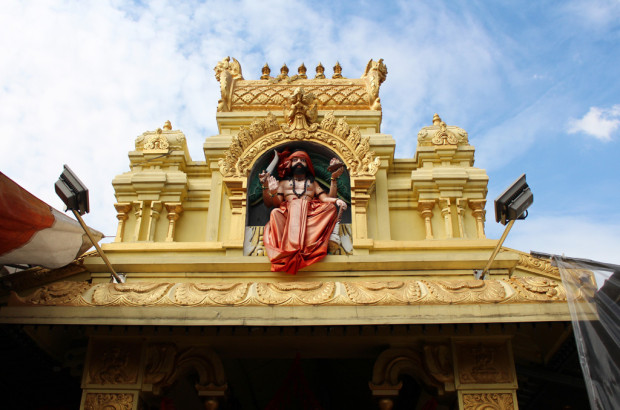 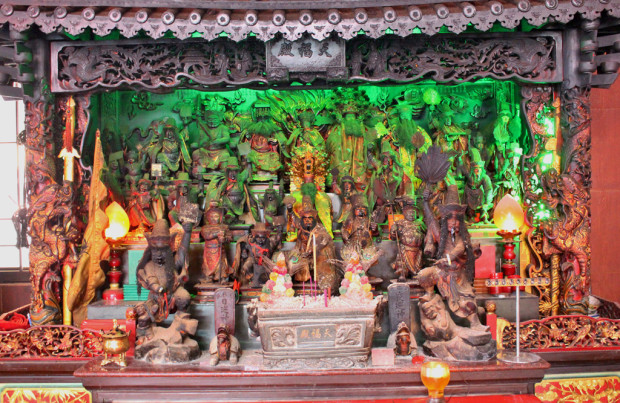 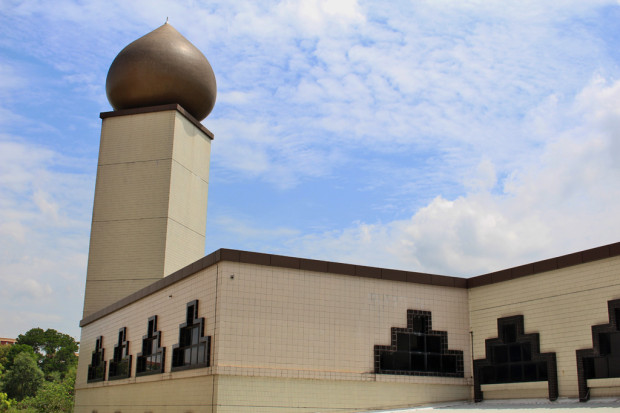 KEY TO RELIGION: Opened on 25th July 1987, Darul Makmur Mosque is the mosque to be built in Yishun New Town. It is a key destination for Muslims who crowd its complex for their Friday prayers. (Photo: Emmanuel Phua) 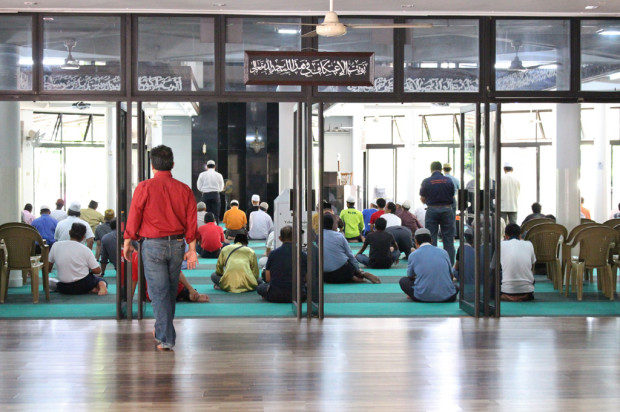 AN APPORTIONED PRAYER: The mosque provides separate prayer areas for both genders. Men are given the ground floor while women partake in their prayers a level above. (Photo: Emmanuel Phua) 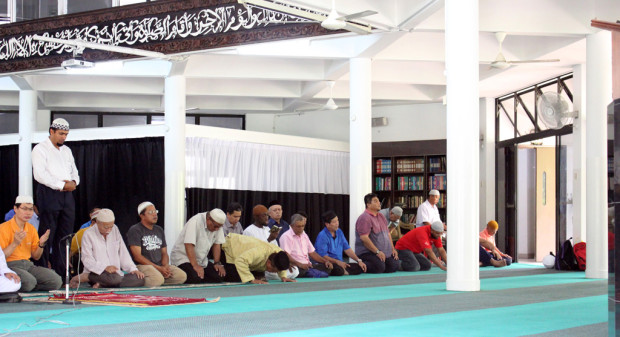 SILENCE IS GOLDEN: An air of silence dawns over the mosque as the afternoon prayers begins. Under the Islamic Law, male muslims are required to pray five times a day which is also known as the ‘Salat’.(Photo: Emmanuel Phua) 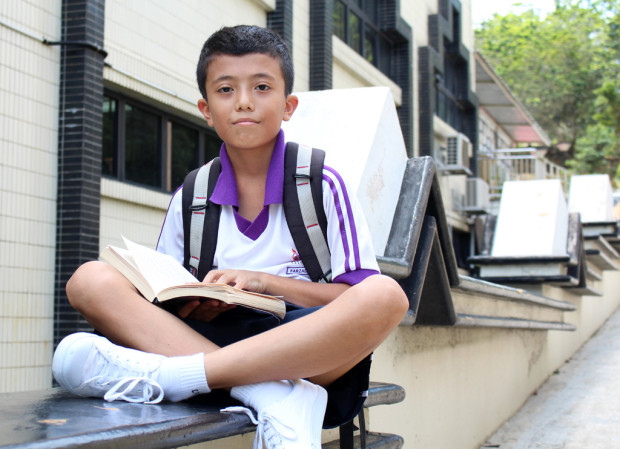 QUIET SANCTUARY: Muhd Farzad, 11, unwinds after a long day at school by reading a book along the walls of the mosque. The serenity and peace in the area is what attracts him here. (Photo: Emmanuel Phua)

This is a photo essay done by final-year Diploma in Mass Communication students for a feature writing class assignment in July 2014. 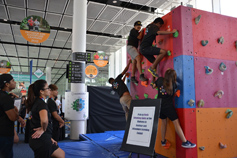 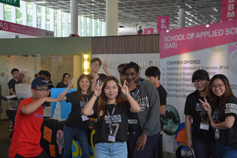 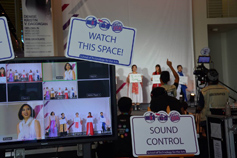