Black Mirror: The Good & The Bad 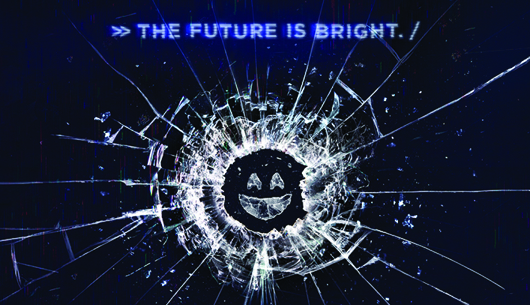 3 THINGS I WISH WOULD COME TRUE: 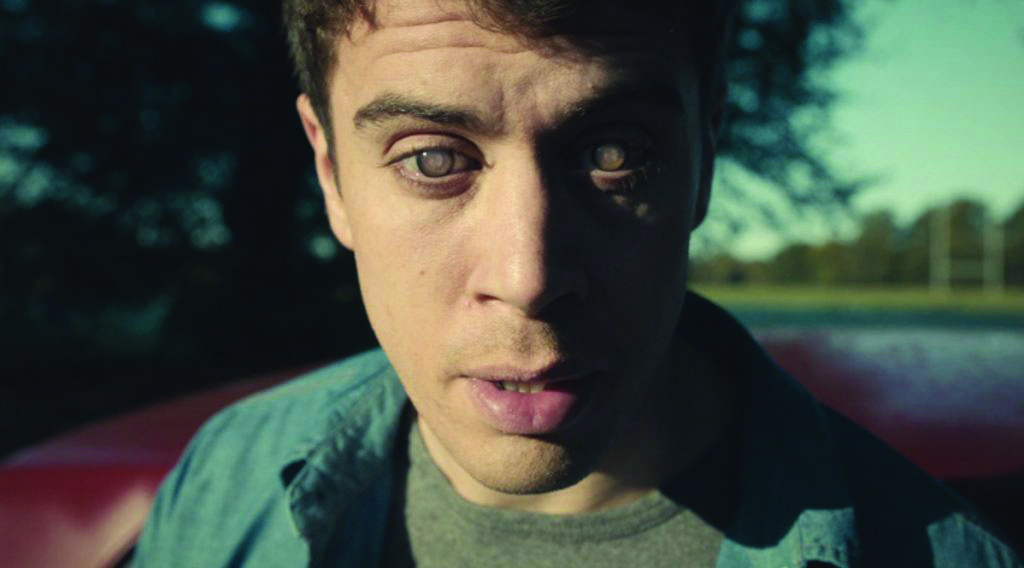 In The Entire History of You, married couple Liam and Fion attend a dinner party where

Fion meets her ex-lover, Jonas. Seeing the chemistry between Fion and Jonas, Liam gets suspicious about their relationship and persistently questions Fion when they get home. After forcing Fion to screen memories from her grain, and assaulting Jonas to do the same, he finds out that Fion had an affair with Jonas 18 months before.

Having implanted grains behind our ears would help us relive every memory we have ever encountered – both the good and the bad. Imagine how easy it would be for us to pass our closed-book examinations in the future? Or maybe even find out if our significant other’s cheating behind our backs. All we have to do is to look through the grain memory, and we will have access to every memory.

One of the most emotional episodes has got to be, Be Right Back. Young couple Martha and Ash move into a remote cottage, with hopes of building a family and starting a new future together. But Ash was killed in a car crash the following day, leaving the pregnant Martha behind.

During Ash’s funeral, a friend introduced Martha to a new online service that allowed her to keep in touch with the dead. The database used all of Ash’s past online communications and social media profiles, to create a virtual version of him – a version so true that it would sound just like the real one.

Martha began by instant messaging her virtual Ash. Then came the phone calls. Eventually, virtual Ash revealed the next stage of the service. This stage would allow Martha to purchase a body replica of Ash made out of synthetic flesh that is programmed to behave and speak. Martha purchased it and subsequently a life sized ‘Ash’ to live with again. However, it ended up with more than what she bargained for.

Despite it being rather creepy to have a dead person watch television and cook with you, having such technological advancements in the future would make grieving the loss of someone a lot easier. 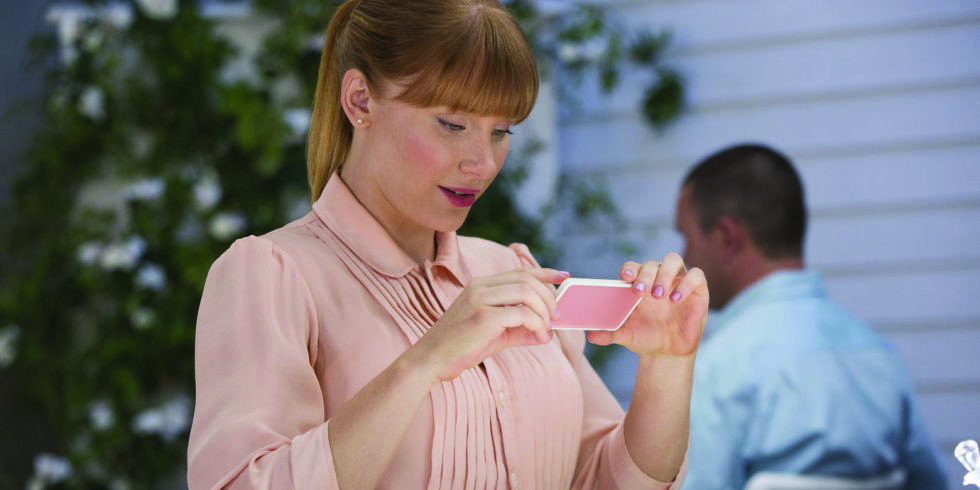 In this day and age, social media has taken over most of our lives, and our perception of everyone revolves around what we see online. Similarly, in Nosedive, Lacie Pound lives in a world where both friends and strangers can rate one another through an application in their phone. The rating you achieve on this application, not just determines your popularity, but also your employability.

When Lacie gets invited to a high-class wedding, she sees it as an opportunity to raise her social ranking, as many significant game players would be at the reception. However, everything goes downhill, when she makes a scene at the airport and ends up being uninvited to the wedding.

Being rated for your every word and action, may not be a bad thing. We live in a world where being kind is probably one of the most difficult things to do. People lash out for no apparent reason, and are often seen treating people of a lower social status like they mean nothing. If we were being judged and rated 24 hours a day, people would make a more conscious effort to be nice to everyone around them. What might initially seem like a facade, would end up inter-twinning with our lives, and teach us to treat everyone as equals.

3 THINGS I WISH WOULD NEVER HAPPEN: 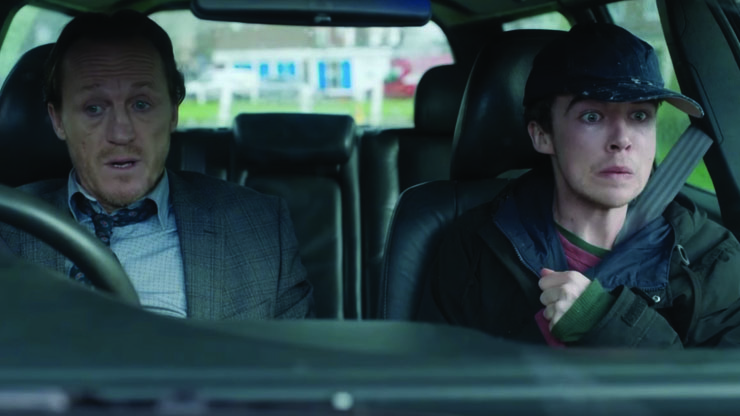 Shut Up and Dance takes a twist on how the art of hacking could land us all into trouble.

Kenny’s life is turned upside-down when an unseen hacker gains access to his laptop’s webcam and records Kenny’s inappropriate behaviour. He then emails him, and forces him to provide his handphone number. Kenny is then tasked to complete a series of things to avoid getting his video leaked over the Internet. Out of fear for his life and ego, Kenny complies to every task thrown at him.

Along the way, he meets Hector – a man who is about to have an affair. He too, is roped in and two are forced to work together to complete the mission, and to save whatever is left of their lives.

If this were to ever happen in real life, it would be difficult to trust anyone you comes into contact with. You would never know if your best friend is secretly an online unseen hacker that is out to ruin your life. These hackers are also able to watch and judge everything you do. The moment you make a mistake, you can say goodbye to a successful life, as your secrets would be known to everyone. 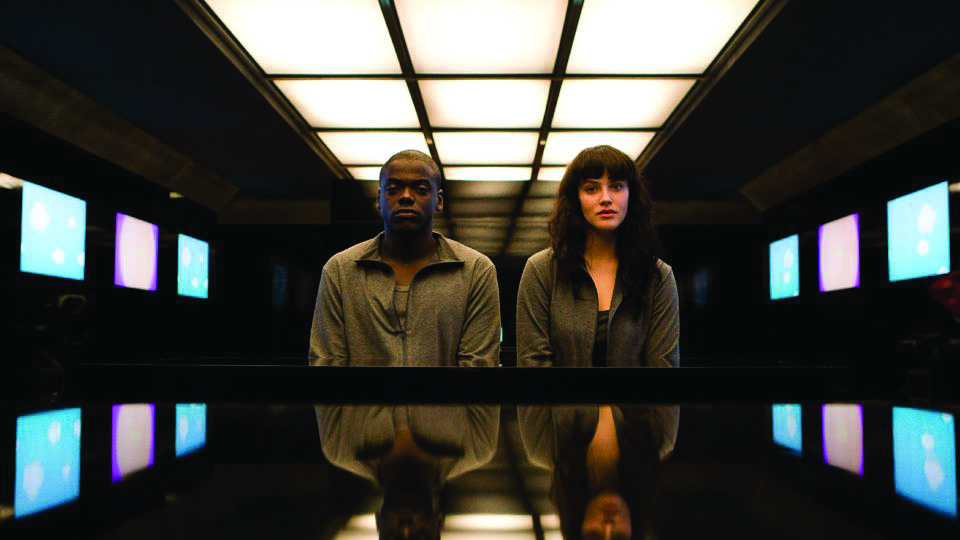 Imagine going to the same dead-end job every day and being eternally stricken by numbness. In Fifteen Million Merits, everyone has to cycle on exercise bikes in order to gain merits. These merits can be used to buy a limited selection of food, play games, or skip advertisements that they wish to avoid seeing. People who do not cycle for a living, are the obese, who work as cleaners at the cycling gym.

In an effort to break away from this insane routine, Bingham “Bing” Madsen signed his new-found friend, Abi, up for a singing competition so that she would be able to get a better life, far away from the one he currently has. However, things took a turn when the judges gave Abi the option to become an adult actress.

As much as this episode reflects how we have to work for what we want, this is a little too extreme. Not only does it degrades women, it also reflects the difficulty women have in climbing the corporate ladder.

Today, whenever someone famous gets into trouble, it will be all over social media. And it won’t stop there – often, there will be a string of hateful comments. It is almost impossible to scroll through your feed without seeing some backlash between parties online.

Now imagine if everyone who was hated on social media, dies. Hated in the Nation reveals how being a target on social media can end your life. It starts when journalist Jo Powers is found dead in her home, after publicly lambasting a recent suicide. It was later found out that an Autonomous Drone Insect (ADI) had caused her death. This mechanical bee could be lodged into the centre of someone’s brain to cause eternal suffering till death.

The episode continues by numerous deaths happening based on a Twitter hashtag, #DeathTo. The highest name count that appeared alongside the hashtag, was the next person doomed to die.

The online world is such a free platform. It just takes a click of a button for us to share our views and thoughts, and that is what lands us in trouble. Social media may have increased my hatred for many online users, but I don’t think I would ever want to see them die. What fun would it be to see everyone we disliked die?