Four predictions for final season of Game of Thrones 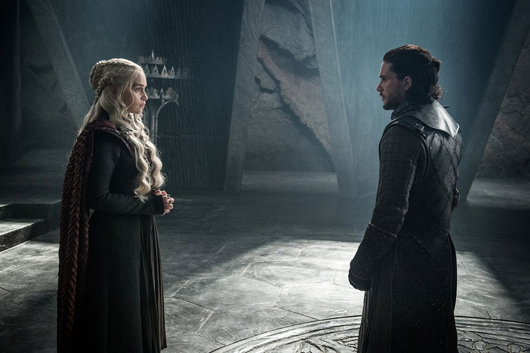 Zombified dragons, White Walkers and betrayal reigned through Season 7. Will the finale live up to expectations?

Warning: The following will contain spoilers for the seventh season of Game of Thrones.

Daenerys reclaims her ancestral home and brings her army to Westeros. What’s left of the Stark family reunites. Lord Baelish is finally bae-nished.

These were just some of the biggest highlights of the seventh season of fantasy drama series Game of Thrones. The season premiered on American television network HBO in July, and left fans quaking in anticipation for the next final season.

I felt that this latest season was mildly predictable as it followed up on storylines set in the sixth season. However, it was still riveting at certain moments, such as when Daenerys’ army and dragons showed they were a force to be reckoned with.

We’ve watched Brandon Stark change from a plucky, adventurous boy to the cold, time-travelling Three-Eyed Raven whom his siblings no longer recognise.

Bran Stark has become more than a pawn to fight in this game with an incredible array of powers at his disposal. The basis of this theory is that Bran, in his time-travelling efforts to stop the Night King, eventually turns into him.

According to the previous Three-Eyed Raven, if Bran stays in the past for too long, he will be stuck there.

Its reminder to Bran is even more ominous in light of this theory: “It is beautiful beneath the sea; stay too long and you drown.”

A Lannister Should Not Have Repaid Her Debts

Cersei has a lot of tricks up her sleeve – she has to keep on her toes to stay ahead of her foes. It’s how she’s avoided death for so long.

Though her dealings with the Iron Bank make for the least exciting storyline in the latest season, Cersei’s story may prove to be more vital in the final season.

Cersei believes that by repaying the debt that the Throne owes to the Iron Bank, she can win their support. However, the Iron Bank has stated that they will only give their support to the “chosen victor”, which could very well be Daenerys’ army and her dragons.

In this case, it’s possible to say that a Lannister repaying her debts may have just cost her the Iron Throne.

This is what Maggy the woods witch told a young Cersei, which was a poetic way of letting her know that her three children would die before her.

We’ve seen all three of Cersei’s children, Joffrey, Myrcella and Tommen die tragically throughout the seasons. That is, there were only two tragic deaths if you were happy when Joffrey passed.

Since Maggy predicted that Cersei would only have three children, the queen was likely lying about her pregnancy in seventh season to maintain her brother Jaime’s allegiance – or she could really be pregnant, adding complications in the next season.

George R. R. Martin, the author of the series, had explained to British newspaper The Observer that Game of Thrones will have a bittersweet ending. Considering the trend this series has been following, it wouldn’t be surprising for Game of Thrones to end in tragedy. But what exactly does this entail?

The answer lies in the Prince/Princess That Was Promised myth upheld by followers of the Lord of Light. They believe that their hero, Azor Ahai, will be resurrected after a long summer when an evil, cold darkness descends upon the world

The prophecy also states: “When the red star bleeds and the darkness gathers, Azor Ahai shall be born again amidst smoke and salt to wake dragons out of stone.”

Fans say that Azor Ahai could be either Jon Snow or Daenerys Targaryen.

My favourite theory that isn’t mentioned here is Cleganebowl – I don’t think anyone will be satisfied with the finale without the Brothers Clegane battling it out once and for all.

One of the most pivotal storylines expected to pan out in the show’s finale included the moment when Jon Snow meets Daenerys – something that George R. R. Martin implied would happen since the beginning of the series.

As for the final season, Casey Bloys, HBO’s head of programming has said that it’s expected to premiere in late 2018 or 2019. That’s almost 18 months away, but I firmly believe that it’ll be worth the wait.