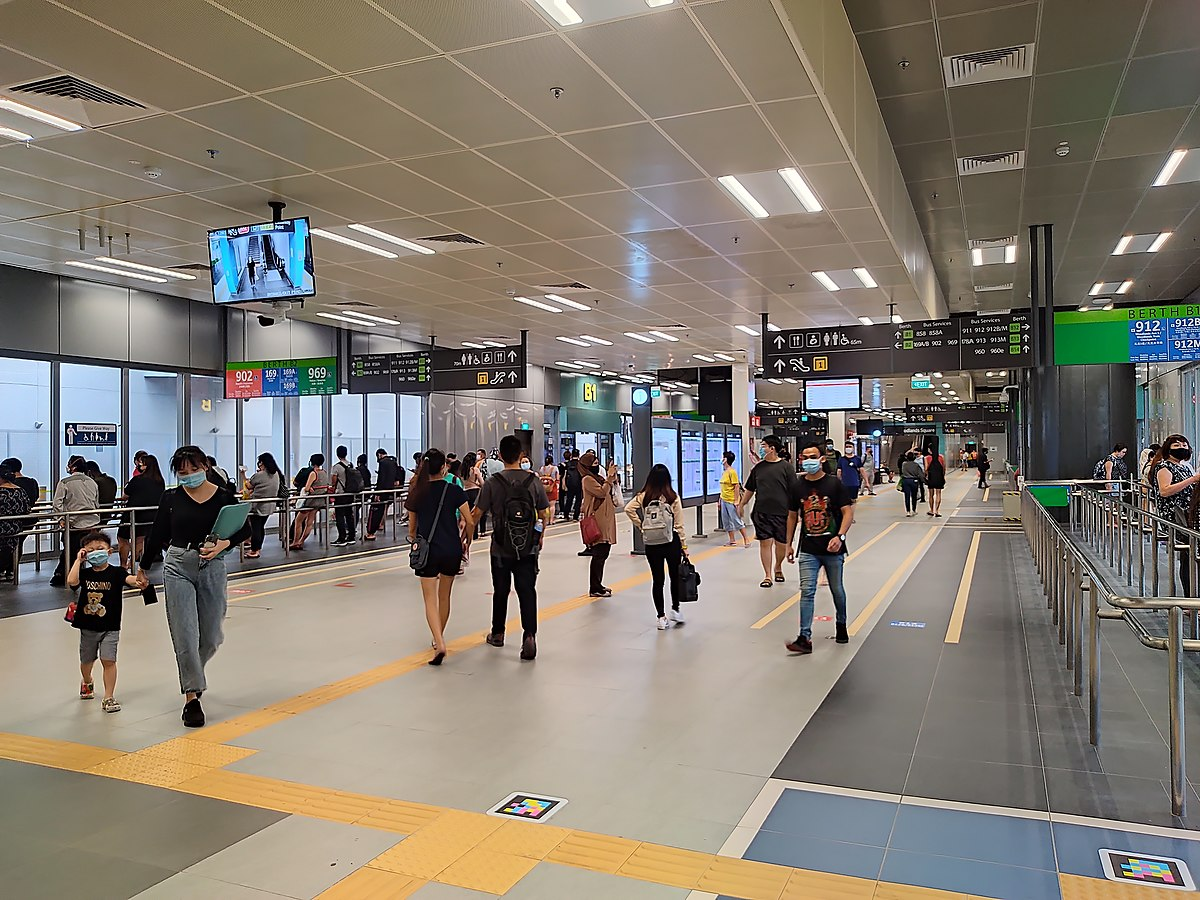 How has the opening of the new bus interchange and Integrated Transport Hub changed our commutes? We talk to a few students and commuters to find out.

Those of us commuting in the north would by now be aware that the Woodlands Bus Interchange moved underground. The shift just two months ago marked the opening of the newest and largest integrated transport hub in Singapore.

The new facility replaced the Woodlands Temporary Bus Interchange, which had served commuters since March, 2016.

Many RP students live in various parts of the country, which makes the journey to and from school a long one for some. Most students end up at the MRT or the bus interchange, and have several options to travel to school – either by a 10- to 15-minute walk, riding on the Thomson-East Coast Line (TEL) to Woodlands North, or by catching a bus from the interchange.

The new facility has been a welcome development for many RP students who rely on the bus interchange to get to school quickly.

“One thing about the new interchange is that the buses don’t need to travel sixty loops to get to the interchange anymore. It’s way less time consuming and I can catch my buses on time,” she said.

Other students noted that they favour the new interchange over the old due to how it is fully air-conditioned.

“I prefer the new interchange because it’s closer to the mall, and it has aircon, which is always good when you live in Singapore,” says Givan Chong, 17, a Year 1 Biomedical Science student.

Despite the comfort that the new facility brings, some still prefer the traditional mode of transport.

Chelza Lee, 21, a second year Mass Communications student, chooses to walk because it brightens up her day. “It’s nice to walk instead of taking the bus,” she says. “I see it as a way to wake myself up while appreciating the morning. I usually hate mornings but the walk does make it better.”

Some commuters were more excited for the extension of TEL and were not as enthusiastic about the new interchange.

“I don’t understand why it needed to be renovated when all that has changed about it is that it feels smaller, has more lighting, and has aircon. Some more, it took so many years to be renovated. I think it didn’t really live up to my expectations,” said one Woodlands resident.

The TEL would open up opportunities to visit the Thomson Road area, noted for its food options, which was not as easily accessible from Woodlands as before, the resident added.

In some ways, the changes have brought about greater accessibility in the district and better facilities to make commute a more pleasant experience.