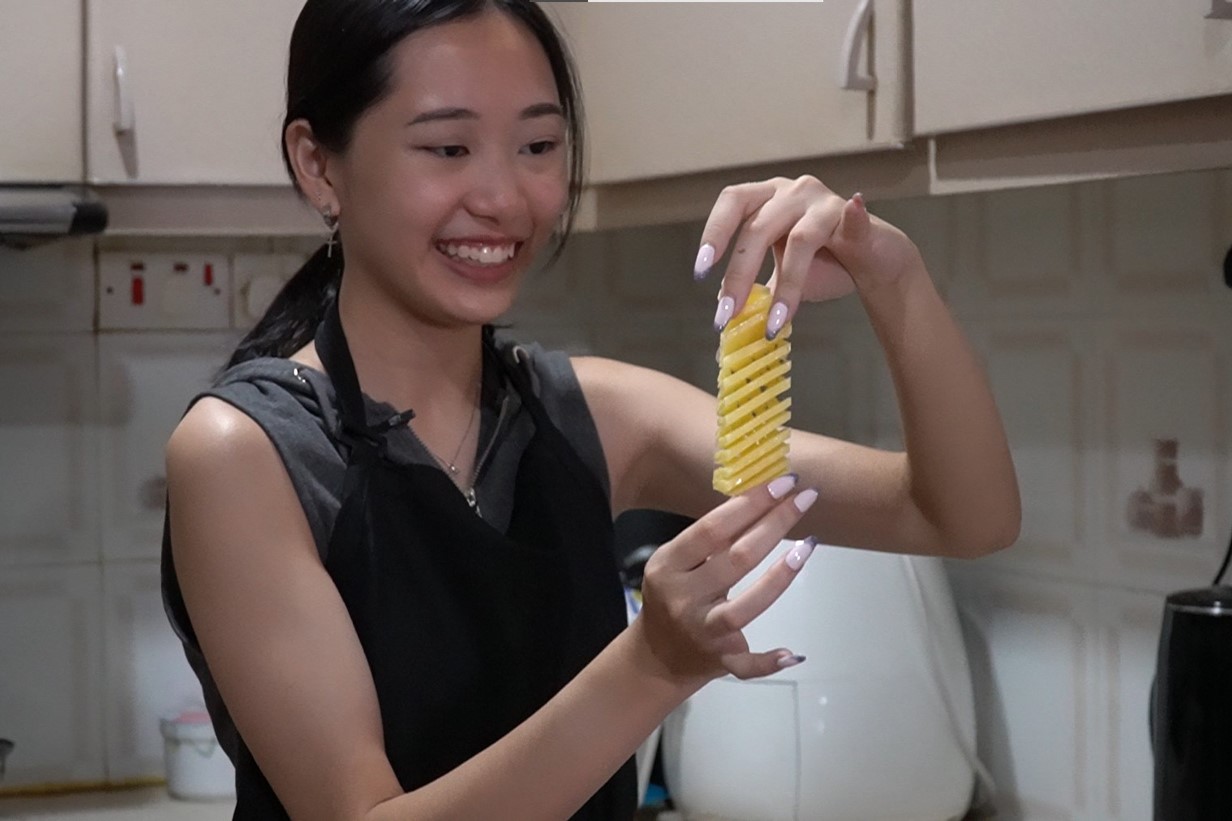 From a crunchy 15-hour potato dish to light and airy potato balls, here’s all you need to know about these TikTok famous potato recipes. Are they really worth the effort?

Potatoes are a staple ingredient found in many diets. In fact, a potato is a diet in itself.

The potato craze has people sharing their favourite recipes on TikTok and we have cast the spotlight on three of them and put them to the test. The criteria for ranking is based on the Instagramability of the dish, the simplicity of the recipe, and most importantly, the taste.

The accordion potato is an interesting test of your cooking skills, while its crisscross patterns add a unique detail to an otherwise boring potato.

The recipe can be executed by a novice or an expert in the kitchen with some basic cutting skills – despite its complicated look.

For starters, cut a potato into a cuboid using two sticks. Next, layer the potato in between the sticks, and cut vertically on one side of the potato. Then, turn it to the other side and cut diagonally without slicing all the way through.

The verdict? The accordion potato is soft, crunchy, and tastes like the best French fry you will ever have.

Looking for a tutorial? RepTV tried making the accordion potato – check out how it turned out!

This dish is made by mixing boiled mashed potatoes, flour and seasoning. The mixture is made into a dough and separated into little balls, then pressed with a fork to let the air bubbles out.

The balls are fried at a high temperature to achieve an airy filling, with the end product being cute and fluffy potato balls that will make a good addition to your Instagram feed.

The recipe is not the simplest but can be accomplished by anyone with a little effort. The potato balls have a light and airy taste, which replicates the weird feeling of eating French fries that have been inflated with air.

This recipe requires slicing potatoes into thin sheets using a mandolin, which is then followed by adding fats – either in the form of oil or butter – and a sprinkle of salt.

Next, lay the potatoes down into a tin layered with parchment paper, cover and bake it on low heat for a few hours. Then, place something heavy on the potatoes and refrigerate overnight.

Once chilled overnight, cut the compressed potatoes into rectangles and deep fry until golden brown.

The potato has a cool ridge pattern that has a comfortable crunch when you bite into it, similar to that of a potato chip. However, we found it slightly disappointing as the end product was basic, with its rectangular shape not attracting much attention and the repetitive pattern of the ridges lacking visual appeal.

As the name suggests, this recipe takes 15 hours to prepare. Off the bat, it scores lowly in the second criteria, which would be the simplicity of the recipe.

There are many different ways potatoes can be cooked as seen from many potato recipes online that showcase how versatile this brown tuber can be. What one might find delicious, others might not. It is always good to experiment and see what you like best!