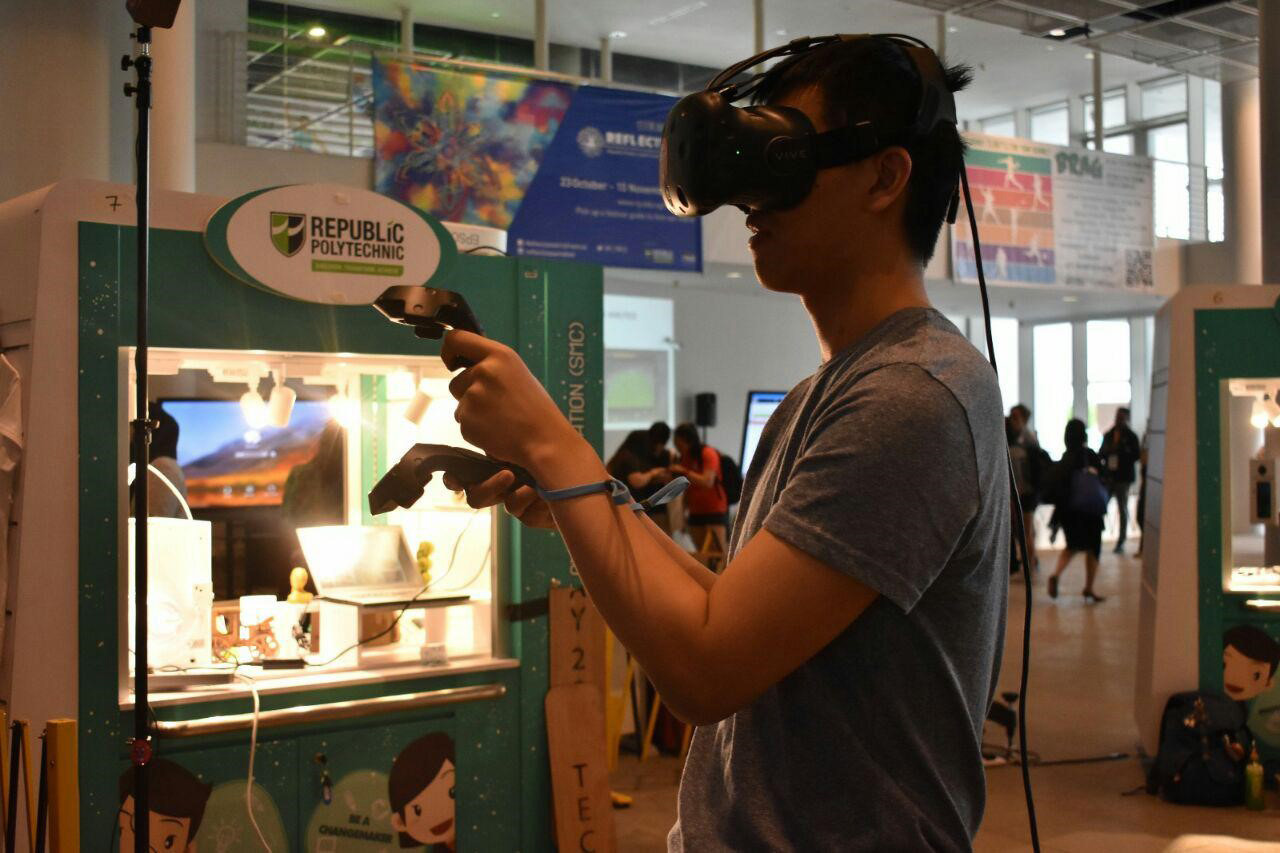 A student-centered showcase was organised as part of RP’s Annual Tech Day on Oct 31, 2018. Dubbed the Digital Playground, this was the first time the showcase of interactive exhibits was making its appearance in the annual event.

Students visiting the showcase could learn about Augmented Reality and Virtual Reality, as well as interact with robots. Students could also sign up for workshops on Microprocessor and 3D Modelling.

The event’s organisers wanted to raise awareness of how technology would impact the industry in the future. “Our focus is on students where they can learn and do something new,” said Office of Technology Development manager Lim Boon Hong. “The more one knows, the higher the chance of marketing oneself in their future employee’s eyes.”

Students were also involved as they manned the booths and explained to participants how technology such as Makerun Robot and Dartfish Software could impact the future workplace.

The Makerun Robot was a project done by staff and students and involved a robot transporting heavy items from one point to another. Meanwhile, the Dartfish software was used by athletes to gauge their performance and see where they could make improvements. Another popular exhibit was the Makerspace booth, which allowed participants to experience 3D Do-It-Yourself printing.

Students who visited the Digital Playground gave the thumbs-up to the event. Interactive and Digital Media student Chia Jun Jie said the event has helped him to understand more about all the latest technology and improved his knowledge.

Mukesh Kalungan, a Diploma in Aerospace Avionics student, added: “It’s not very often that we get to come to school and have the chance to try out all these new technologies. It’s so advanced, it’s really rare to see it, much less try it out.”

Office of Technology Development senior manager Kadir Yusop said the event hopes to inspire students to be “innovation ready”. He said: “Students need to be internationally ready, industry ready and innovation ready. We want students to be well-equipped with these three elements to succeed in their future career. Hence, this event will benefit them not just in terms of value-added skills but also their future.”