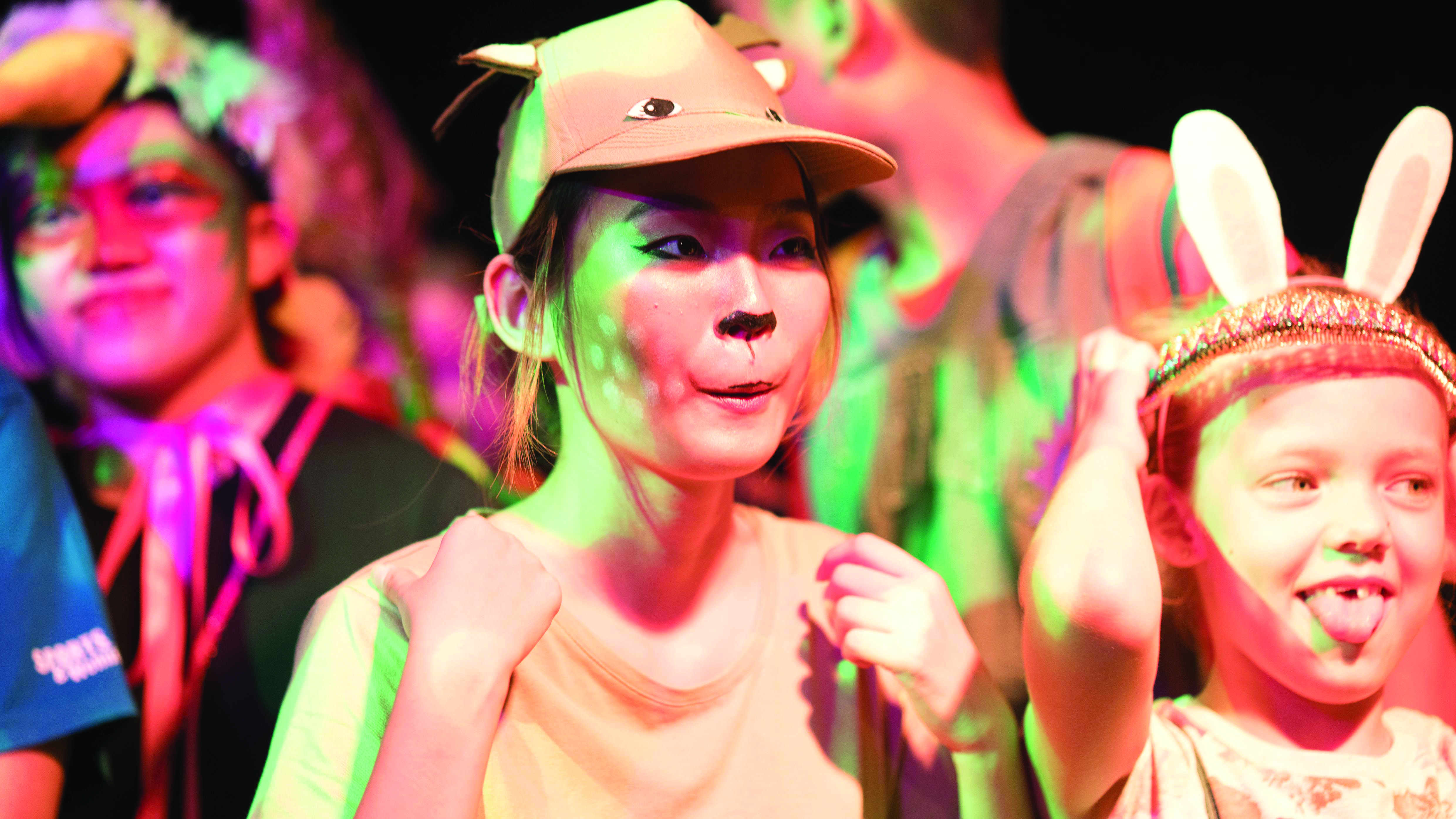 The Diploma in Arts and Theatre Management students from the School of Technology for The Arts staged How Singapore Got Its Name in Kuala Lumpur in late September.

The students – Aidie Fadlie, Basilia New, Neo Wei Shan, Tan Xuan Yun and Xie Hui Ting – were invited by CausewayEXchange and DMR Productions after they had successfully staged their show in Singapore on Jul 22, 2017. First held in 2010, CausewayEXchange serves as an annual platform for artistic and cultural activities between Singapore and Malaysia.

The production, based on the legend of Sang Nila Utama, was a sensory-friendly theatre performance meant for children with special needs.

Aidie, the team leader, said the production had to be cognisant of their audience’s comfort and needs.

“For example, they may be uncomfortable with loud music and sounds, and also in a very dark environment. We do not want them to experience discomfort during the play, as we want them to be able to experience fully, enjoy and be a part of the play,” he said.

Each team member contributed over S$100 for the production’s materials, costumes and props. Ms Samantha Bounaparte, their project supervisor, also pitched in to pay for the transport costs.

The cast consisted mainly of RP students, with the Drama Interest Group involved in the casting as well.

Aidie said: “Most of our rehearsals were short and quick. I think we (the team) worked out the schedule as well as we could, considering all the factors. Evidently, the cast was committed which resulted to great performances.”

Ms Bounaparte, the team’s project supervisor, felt the experience benefitted the team. “I think everyone and anyone that works on a project, surrounded and motivated by a greater cause will always grow,” she said.