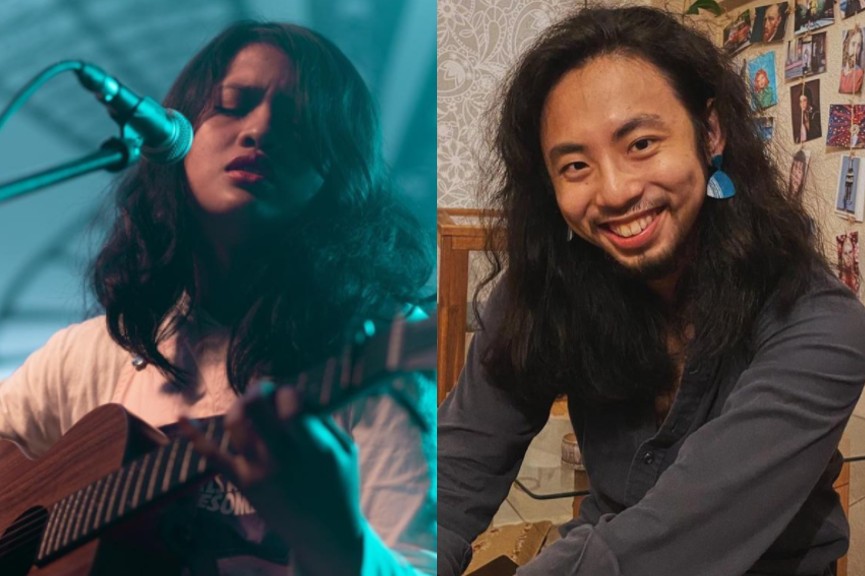 If music is a universal language, then indie music must be a dialect within it. In Singapore, the indie scene is vibrant, fresh and in a word, very “rojak”.

Take a closer look and you can find that the local music scene is huge.

On the surface, household names like Sezairi, Jasmine Sokko, Nathan Hartono and Ben Kheng are raising the Singapore flag high with their international hits. But if you look a little deeper, you’ll find the indie music scene, where more artists are recording music in their bedroom. This “bedroom” music is known to many for its uniqueness and fresh quality.

There’s one thing that all these artists have in common: the search for a Singapore sound. You have probably heard about this term, especially if you are a fan of 987FM’s “Singapore Sounds”.

The local music scene is not defined by its melodies, chords or lyrics. Instead, it’s a search for the “Singaporean Sound”. According to Yams, a Singaporean indie R&B artist, the local indie scene is a place where musicians try and find their own style of music.

Yams only started searching for his style of music recently. Releasing his first album day/dreams, Yams shared that he only took music seriously when he entered university. All it took for him was one moment when he decided to take a leap into a course named “Intro To The Arts”.

On this path, Yams is still discovering his music and individuality.

“I think it’s a unique thing, where we find a lot of inspiration from international music like from the West, Taiwan, Malaysia or whatever. I do feel like there is, at least in the past 10 years and in my own experience listening to Singaporean music, I feel like that has been a development of a unique individuality.”

This unique individuality is what he considers the Singapore sound. With local music positioning itself to be a serious industry with the rise of “bedroom” artists, he believes that people have just started gravitating towards that authenticity and rawness of indie music.

MUSIC FROM OUR BACKYARD

Some of those bedroom artists can be found right in our backyard at Republic Polytechnic. Enter Alvin Vishanth & Kishen Murali Dran Naidu of the closeddoorcollective. These two friends, who only recently met in RP, are already starting to make waves in the indie hip hop scene.

Alvin and Kishen, also known as ChrisKris, work as producer and artist from their bedroom studios. “We want our music to be emotionally engaging, often [because] it’s sad but you don’t realise it until you listen to it,” was how Alvin described their music.

To ChrisKris, his music is not just to comfort people, it’s also for the “vibes”.

“I don’t want the lowkey depressing vibe you know, so I like the duality of having sad lyrics with that upbeat music.”

The pair explained that the reason they make music isn’t for “fans” but more for their friends. “These people we make music for, they’re not “fans”, just homies. I mean at the end of the day, we still take the MRT, do the same thing our “fans” do, so we’re just the same as them,” they shared.

MUSIC CAN BE CASUAL

Making music a career is not the end goal for every artist. For Soibah Lubis, music is just fun. Soibah, also known as Sio Lubis, is one of the latest additions into the indie music scene.

“My music is heavily influenced by K-Pop, you know the kind where you can dance and cry to,” she joked. After listening to her music with that insight, one could hear that her Singapore sound is very experimental and not defined.

Her sound also expresses her view of the indie scene in Singapore, very “rojak” as she puts it. “Indie music in Singapore, we’re not confirmed to a certain way to sound, we can sound however we want and it’s indie,” she said.

It came as a surprise when Sio mentioned that she didn’t consider herself a “singer”, and even more so when she said she had given up on music because she didn’t see a career in it.

Her entry was by chance when she met her producer, Kashendra Kas Kazan, who nudged her with more options. Three great singles later, she is still keeping her music casual and making it just because it’s fun.

She still “hopes that people resonate” with her music and despite not wanting to go pro, Sio just had a breakthrough, appearing on Mediacorp’s digital indie music station, Indiego.

One could call Indiego a digital stage for the indie scene in Singapore.

The mastermind behind this project is an indie artist himself, Gareth Fernandez. He wanted to express the uniqueness of indie music as “most people are just sick of the same samples, melodies and chords.” He emphasised “individuality” as the unique differentiation in indie music, and that is why it appeals to people.

Indie music is a medium that allows for the artists’ individuality to be projected.

The scene is not just about diversity in music, but also the people behind it and their stories.