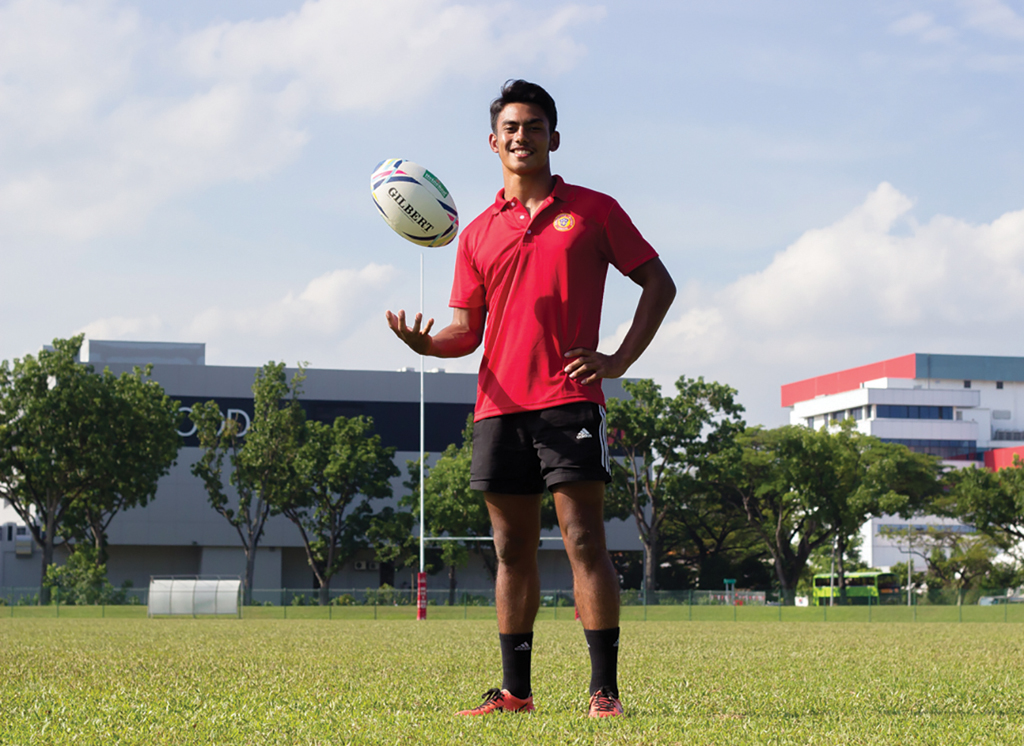 After he fractured his fibular while playing a trial game in April 2016, the 20-year-old tried to downplay the injury even though he could barely walk and was on crutches.

“I wanted to go for a walk and my mum said ‘no’, but I did anyway. When I wanted to go down some stairs, I slipped and fell on my leg,” said Adam. “I just sat there and cried, not because I was in pain, but in disbelief thinking ‘What has happened to me and will my rugby days end?’”

Adam would attend training just to watch the team. He would also run with his crutches across the field trying to kick a ball, with his seniors chasing after him to sit down and rest.

Remarkably, he made a comeback onto the pitch after just seven weeks. The first thing he did after the cast was taken off was to go running. “I went to the track near my house and started running even though I was limping,” said Adam.” I could not stop smiling because I finally got to feel tired after a long time.”

In April this year, Adam recorded his proudest moment thus far when he was part of the national team that clinched their first South-east Asia sevens title at the National Stadium. Singapore beat Malaysia 19-7 in the final, which was held concurrently with the HSBC Singapore Rugby Sevens event.

Adam started his sporting journey as a swimmer in primary school, but he fell in love with rugby in primary two.

Adam’s father, Mr Andrew Vine, backed his effort from the start, as he brought Adam out to join rugby clubs so he could develop his skills further. Mr Vine said: “It was obvious from a young age that Adam was a very competitive sportsman. Once he chose rugby, or rugby chose him, I quickly saw potential there.”

Representing Singapore for the sevens rugby format, he is also playing for the Singapore Cricket Club and the RP team. He trains almost every day in the week during an ongoing season.

“I’m just playing with the best and getting the most intense training in Singapore. It’s either I go hard or go home,” Adam said.