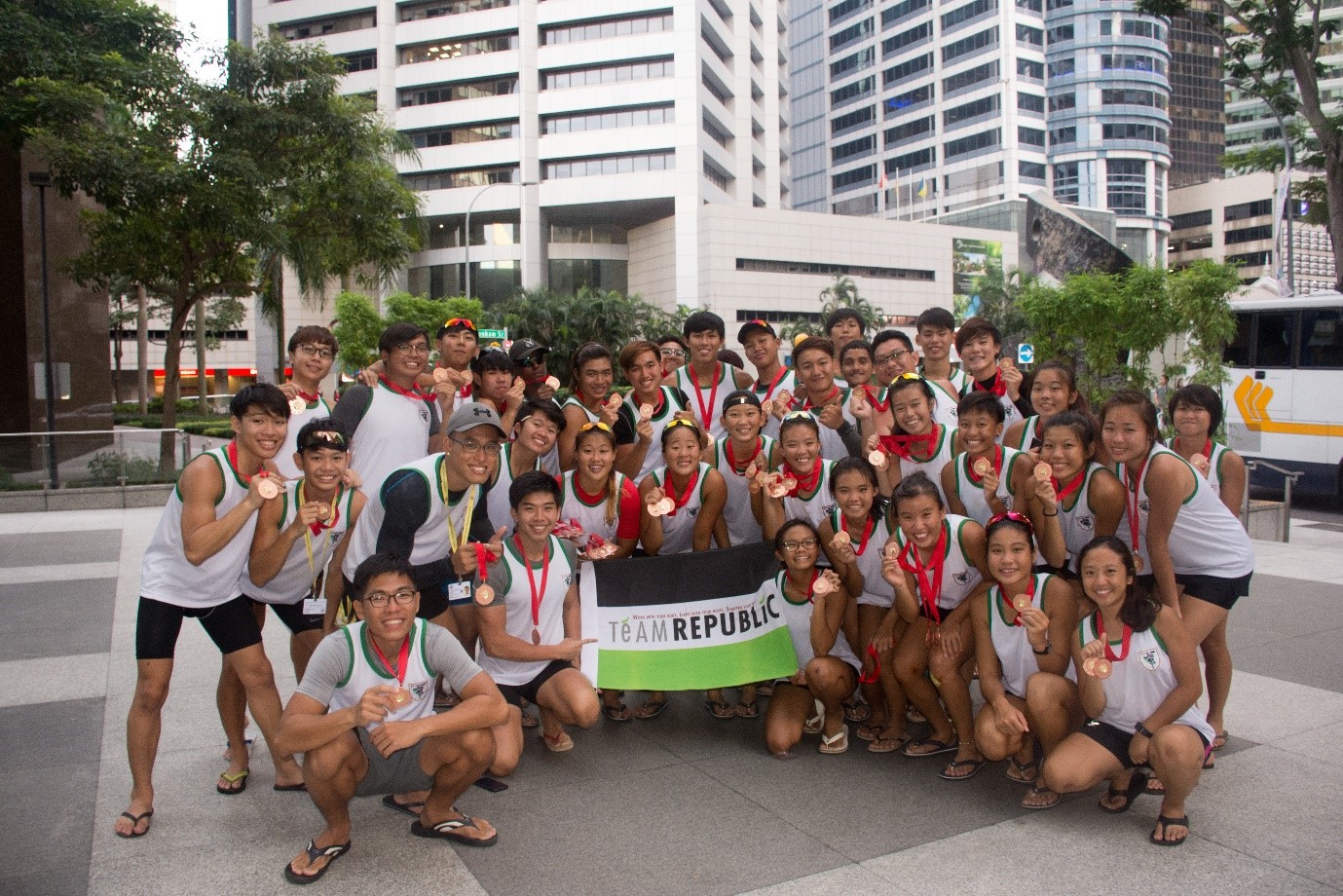 After returning empty-handed from the regatta last year, the RP team won medals in the Singapore Women, Tertiary Women and Tertiary Mixed categories.

“These medals are evidence that we put in a lot of effort during training sessions, and persevered through them so that we are able to do our IG and school proud,” said Collin Ang, who is vice-captain of the dragon boat team.
Organised annually by the Singapore Dragon Boat Association and the People’s Association, the event on Nov 5 and 6, 2016 witnessed close to 5,000 competitors taking part. It featured more than 40 other teams, which included groups from tertiary institutions, corporate organisations and clubs.

RP’s second bronze medal was won in the Tertiary Women category, with SIM and the National University of Singapore (NUS) winning gold and silver respectively.

“Last year, we were lacking the manpower to register for a few races because there are events that require 22 paddlers on the boat, which we do not have,” said Collin, a second-year Human Resource Management with Psychology student. “However, now that we have quite a number joining this year, we are able to get past the manpower issue and focus more on our trainings.”

Collin added: “For this race, we trained five days a week during the last term break, heading back to the school gym after our paddling sessions on Tuesdays and Thursdays. During the school term, we trained four days per week. It was tough, but we know that it will be worth it.”