Would you want to own a BTS NFT? Read on if you didn’t get that question 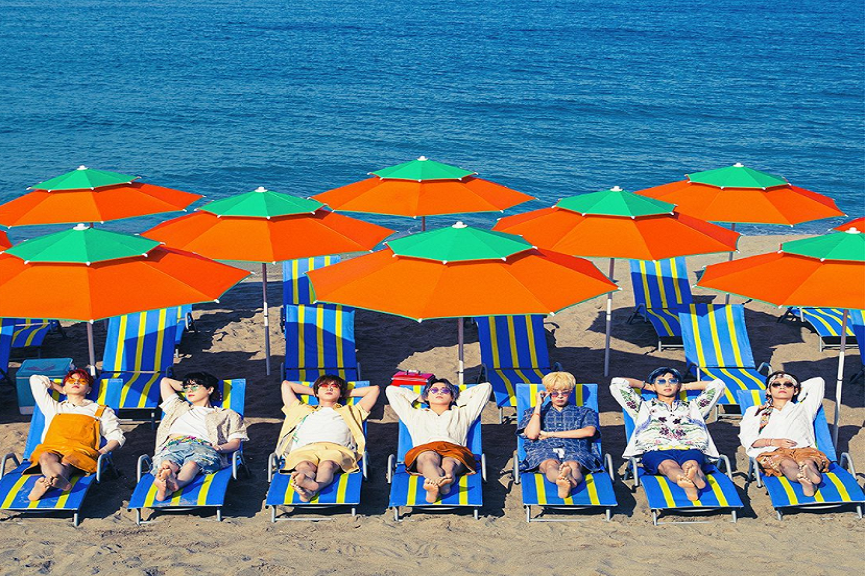 NFTs or Non-Fungible Tokens are the rage in the digital domain now and it is revolutionising the arts scene.

In recent news, the agency behind K-pop group BTS announced that they will be partnering with a crypto exchange operator, Dunamu, to sell NFT photocards in the form of moving images and sounds. The announcement from Hybe left some of the group’s fans (also known as ARMY) befuddled and others angered.

How does this product of the latest technological trend impact buying your favourite oppa’s photo cards?

Regardless of whether you are part of the ARMY or someone who has yet to find out about NFTs, you should read on.

NFTs, short for Non-Fungible Tokens, are irreplaceable and unique. This means that when you purchase an NFT, you are getting a limited edition, one-of-a-kind, only-belongs-to-you piece of digital asset that no one else has.

To truly explain what non-fungibility means, imagine if HYBE announces a BTS fansign limited to 150 people and you happen to own one out of 150 specially signed limited albums, with unique authentication stickers — it is impossible to find a similar replica — this physical asset becomes non-fungible.

According to Statista, the traditional art market is currently valued at US$50 billion (S$67.4 billion) in 2021. So how do NFTs compete with such magnitude?

The most expensive NFT, which is a CryptoPunk #9998, was bought at 124,457 Ethereum or US$530 million (S$715 million) at press time; it is worth more than the “Salvator Mundi” painting which is worth US$450.3 million (S$608 million). The rapidly growing NFT space has introduced a lot more valuable projects, such as Bored Ape Yacht Club, Cool Cats, Fat Ape Club, and Non-Fungible Apes, which have proven that it is more than just dropping a load tonne of money on JPEGs.

A very familiar name in the market, Bored Ape Yacht Club, also known as BAYC, is a collection of 10,000 unique digital apes living on the Ethereum blockchain. They are owned by a multitude of celebrities including, JJ Lin, Stephen Curry, Marshmello, and many more. The community is so strong both online and offline that BAYC is now selling their own merchandise and was featured on Rolling Stones’ sold-out physical limited-edition zine.

Upon venturing into the NFT community in Singapore, an NFT collector, who goes by the name @Jp_moregain on Twitter, believes that NFTs are a digital representation of a community behind it, similar to a country club membership. Just like joining any other community, it is always good to do do your own research.

HOW DO NFTS WORK?

Unfortunately, purchasing an NFT is not as simple as buying vegetables in the supermarket. The process requires a lot of effort and loads of steps on various platforms such as a cryptocurrency exchange and custodian, a cryptocurrency wallet, and an NFT marketplace. To be a trader, one must familiarise themselves with cryptocurrency — specifically Ethereum.

Bitcoin first introduced the rise of digital money and Ethereum, commonly referred to by the digital asset names Ether or ETH. Just like bitcoin, Ethereum is a digital currency and can be traded via online exchanges and stored in various types of cryptocurrency wallets. Both Bitcoin and Ethereum are decentralised, which means they are not issued by a bank.

In Nov 2020, one Ether was worth over S$500 but now, it is worth over S$6000. This has caused gas fees, which are the transactional fees that one has to pay the blockchain, to increase significantly. In turn, traders end up putting off minting, which is the process of turning the art into part of the blockchain, with a smart contract, as a public ledger.

Despite the long process and exorbitant prices, @Jp_moregain, currently in his forties, mentioned, “I do desire one day to own blue chip NFTs (which he explains are collections that can hold value over time, be it their utility or the community behind it) to keep them for long term to see where all these are going.”

However, this ambition could be a long shot since NFTs are not regulated by the Monetary Authority of Singapore (MAS) which then trickles down to uncertainties regarding the safety and sustainability of NFTs.

“NFT trading is not for everyone as it is pretty speculative and risky. You should not be putting in money you cannot afford as there is little to no consumer protection,” Joel Koh, a writer who works for Seedly, observed. “But there’s money to be made.” According to Reuters, sales volumes of NFTs worldwide surged to US$10.7 billion (S$14.42 billion) in the third quarter of 2021, up more than eightfold from the previous quarter, in line with data from market tracker DappRadar, as the frenzy for crypto assets reached new highs.

If you were to look up any popular Twitter posts regarding NFTs, you will see people thrashing on NFTs because they think it is a waste of money and susceptible for people to launder money. To many, it made no sense why anyone would spend thousands, if not millions, on JPEGs that are used for profile picture bragging rights that can be saved when they right-click on the image. Shavonne Wong, a 31-year-old Fashion Photographer & 3D Artist, who has found success in the NFT field, disagrees.

“The black market for art auctioning and money laundering long existed before NFTs. To me, this is not an NFTs issue, more of a people-are-shit issue,” she says. “Sometimes I find that people are dismissive of NFTs because they see them as just JPEGs but they can also be so much more than that. Previously, digital art and animation work never had a place in the art scene but now it does.”

The arts sector in Singapore has been noted by local artists as severely underappreciated, especially in terms of visual arts like design, photography, and video. This lack of appreciation has caused artists to struggle to get the proper recognition they deserve. With the rise of NFTs, local creators are given a space to showcase their works on various marketplaces and to also receive more appreciation for their work.

One of Singapore’s top NFT creators, Shavonne Wong, says, “Right now with NFTs, a lot of artists who perhaps came from a commercial background or who were just not connected enough to the right people to enter the very gated community that is the fine art scene, are given an opportunity to really showcase their art and have direct communication with their collectors.”

The pieces created by artists can be minted and then sold using different NFT platforms such as Opensea, PaintSwap, and Solanart. The concept is very similar to an art auction where people showcase their creations and those interested are able to bid for them in hopes of owning their favourite pieces. The key difference between NFTs and traditional art is that NFTs are digital and traceable procedures over blockchain and smart contracts, and everything about traditional art is, well, physical.

NFTS AS AN INVESTMENT

When an artist sells an NFT, they are entitled to receive royalties up to 10 per cent each time the NFT changes hands in the marketplace. These royalties are almost always perpetual and automatically generated by smart contracts. This is why, after the longest drought where artists wonder where they can find their next payroll from, NFTs have become a viable and effective option to monetize their work.

“With NFTs, you can more effectively support artists directly without having to go through intermediaries,” said Joel Koh.

People who are investing and are looking to support their favourite artists should know that buying NFTs requires one to try to get whitelisted, which usually requires the buyer to perform various community tasks so that they are able to mint the NFT at a cheaper rate before the project goes live. It is important to note that whitelisting spots are always ‘first come, first serve’.

Before starting, one should follow the NFT communities very closely on their social media accounts like Twitter and Discord and their websites before a launch to hop on to any golden opportunities.

NFTs definitely have lots of potential to grow to greater heights but hold risks that people should be aware of and not be blinded by.

If one is really passionate about the trade, they should do their own research. There are many sites right now that can help you take your first steps — try looking into Rarity, Golom, EtherScan, and NiftyRiver.

For all we know, NFTs could really be the next big thing so our word of advice? Trade smart!